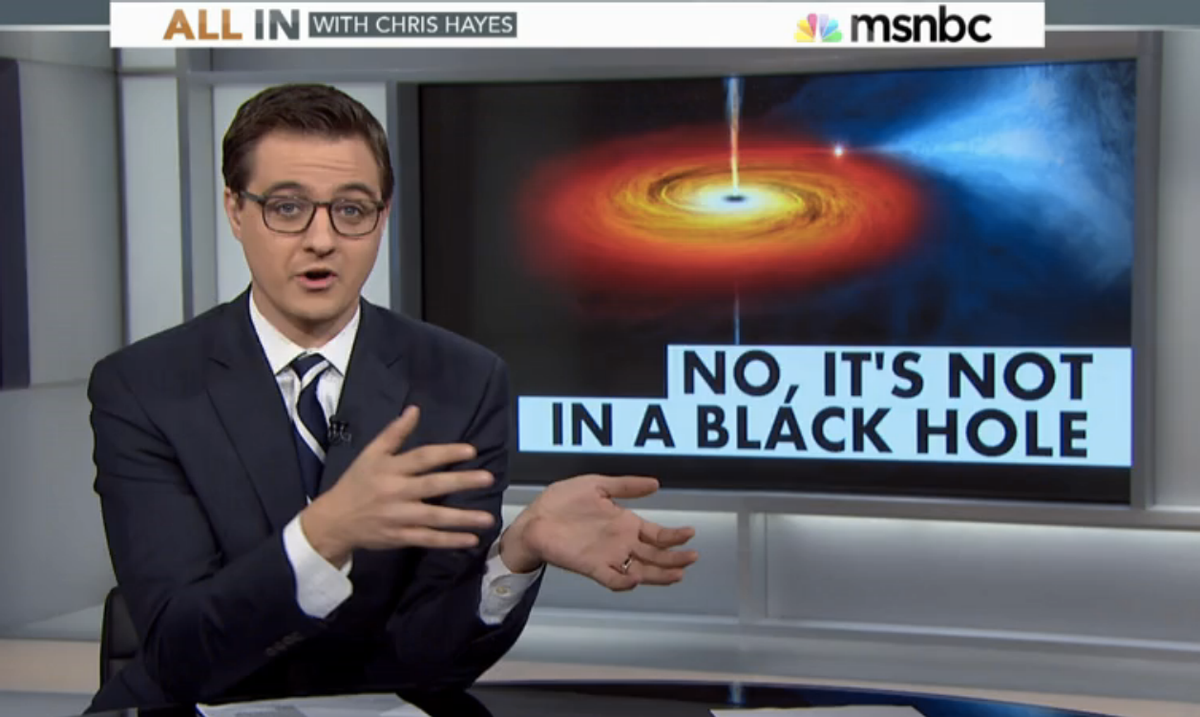 Malaysia Airlines Flight MH370, and the 227 passengers and 12 crew members aboard, are still missing. The search continues for the plane, which took off from Kuala Lumpur on March 8. It has been two weeks, and the only credible information that may give clues to the whereabouts of the missing plane came from satellite images. After a second day of searching an area in the southern Indian Ocean -- where the satellite showed two possible objects of debris -- nothing has yet been found.

MSNBC's Chris Hayes has had enough. Watch as he calls out CNN and Fox News for using "boogeyman" scare tactics:

Hayes wasn't the only one at MSNBC taking shots. Anchor Chuck Todd tweeted about the problems with "breaking news" updates:

Responding to critics of the above tweet he said: