Cause for trepidation: Libertarians' newfound concern for prison reform

No, they aren't suddenly socially conscious. Their proposals are consistent with their vision of limited government 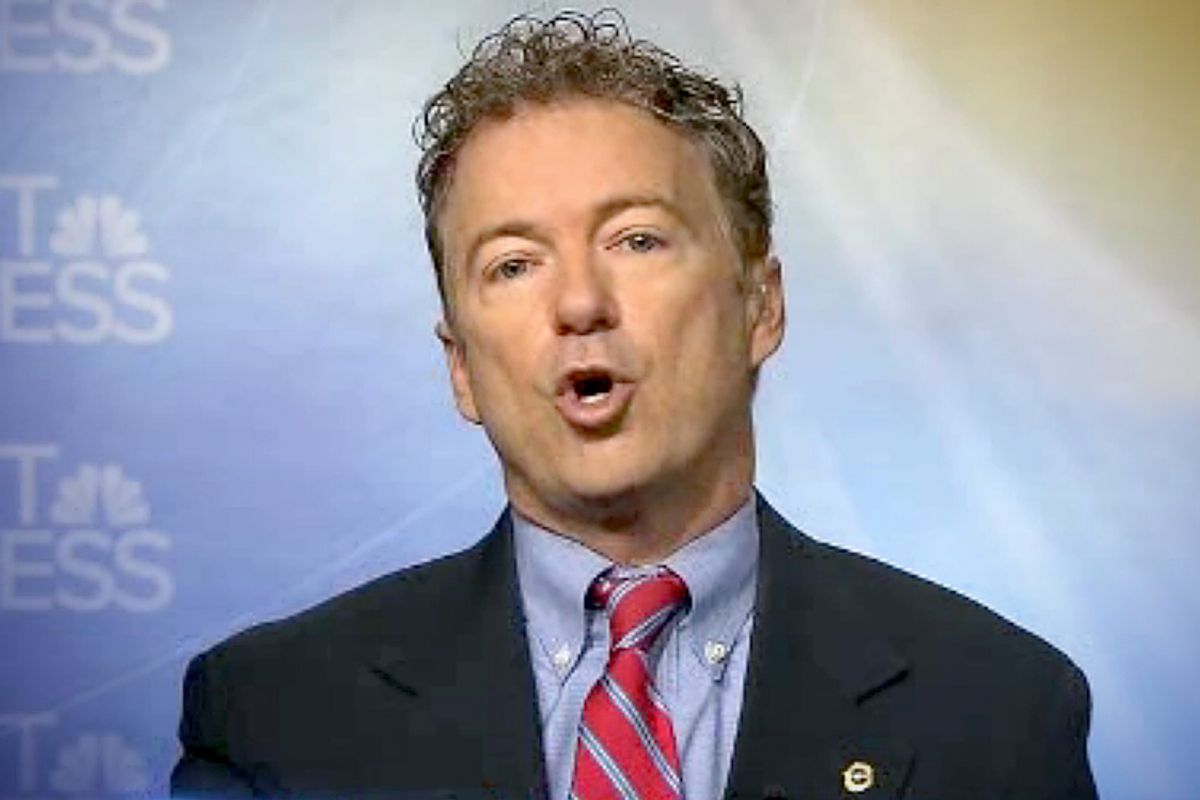 Like many criminal justice and drug policy reformers I have watched with great interest the growing bi-partisan support among elected officials for addressing ‘mass incarceration.’ Much of this new-found interest is due in part to Michelle Alexander’s well-received book, "The New Jim Crow," which elevated concerns about mass incarceration and its relationship to the ‘war on drugs’ in African American and liberal communities. Response to "The New Jim Crow" is part of a broad cultural shift in discussion of drugs and criminal justice policies, reflected in the popularity of shows like "Breaking Bad" and "Weeds," documentary films like "The House I Live In" and growing national acceptance of marijuana legalization. As someone who has spent the past 15 years advocating for reform of our criminal justice system and the end of punitive drug prohibition these developments should fill me with hope and optimism, instead I am filled with skepticism and great trepidation for the future.

It seems I’m not the only one who views these developments with a sense of unease. In Prison Culture’s recent website article, “Prison Reform’s In Vogue & Other Strange Things,” the author starts by noting the widespread optimism among journalists and others over the prospects for criminal justice reform and then goes on to express skepticism about the legitimacy of the development by citing history. The modern penal institution is a product of an earlier reform movement, which sought to replace physical torture and punishment with a system that would encourage quiet reflection, penance and rehabilitation. The author references a seminal report titled, “Struggle for Justice,” published decades ago, which put it this way:

More judges and more ‘experts’ for the courts, improved educational and therapeutic programs in penal institutions, more and better trained personnel at higher salaries, preventive surveillance of predelinquent children, greater use of probation, careful classification of inmates, preventive detention through indeterminate sentences, small ‘cottage’ institutions, halfway houses, removal of broad classes of criminals (such as juveniles) from criminal and ‘nonpunitive’ processes, the use of lay personnel in treatment — all this paraphernalia of the ‘new’ criminology appears over and over in nineteenth-century reformist literature.

Sound familiar? “Struggle for Justice” was published in 1971 and was referencing reforms from the previous century. As the authors astutely observed, many ‘reforms’ were merely changes in semantics: “Call them ‘community treatment centers’ or what you will, if human beings are involuntarily confined in them, they are prisons.” Everything being proposed to reform the criminal justice system by state and federal legislators today are reconfigurations of things we’ve done before with varying degrees of success.

During a recent conference call with activists on prospects for systemic reform Michelle Alexander is quoted as saying:

"We see politicians across the spectrum raising concerns for the first time in 40 years about the size of our prison state,” said Alexander, “and yet I worry that so much of the dialogue is driven by financial concerns rather than genuine concern for the communities that have been most impacted and the families that have been destroyed” by aggressive anti-drug policies.

Unless “we have a real conversation” about the magnitude of the damage caused by the drug war, “we’re going to find ourselves, years from now, either having a slightly downsized system of mass incarceration that continues to hum along pretty well,” she said, “or some new system of racial and social control will have emerged again, because we have not learned the core lesson that our history is trying to teach us."

I share Michelle Alexander’s concerns. I agree we have to directly confront the gross hypocrisy and misuse of resources associated with drug prohibition, but that’s only one aspect of the broader problem confronting us. I completely endorse the essential premise of “The New Jim Crow” — mass incarceration is the newest iteration of the racial caste system that was created during the earliest days of the republic and has persisted in various forms to the present.

For me, the problem is in framing the issue as dismantling ‘mass incarceration.’ There’s no disputing that the U.S. incarceration rate is a human rights disaster. We have the highest incarceration rate in the world, except for the island nation of Seychelles. It has become an international embarrassment for the U.S.,  in much the same way that legal racial segregation was in the 1950s and ‘60s. African Americans learned the hard way that dismantling legal segregation and discrimination was not the same as dismantling racism and the institutions that support it — politically, socially and economically. Similarly, ending the ‘war on drugs’ will not significantly change the circumstances of communities that have been historically victimized by racially biased drug law enforcement. The frame of ending mass incarceration is great for educating people about the consequences of the war on drugs, but the frame we should use to guide policy reform is ending mass criminalization.

Mass incarceration is one outcome of the culture of criminalization. Criminalization includes the expansion of law enforcement and the surveillance state to a broad range of activities and settings: zero tolerance policies in schools that steer children into the criminal justice system; welfare policies that punish poor mothers and force them to work outside of the home; employment practices that require workers to compromise their basic civil liberties as a prerequisite for a job; immigration policies that stigmatize and humiliate people while making it difficult for them to access essential services like health care and housing. These and similar practices too numerous to list fall under the rubric of criminalization.

When people talk about mass incarceration they’re usually referring to the more than 2 million Americans behind bars in local jails or state and federal prisons. That number, as high as it is, obscures the fact that on any given day an additional 4 million people are under some form of correctional supervision — generally, probation or parole. According to the Wall Street Journal, studies reveal American men have a 52 percent likelihood of arrest over their lifetime — that’s basically a 50/50 chance. Either American men have an extraordinarily high rate of criminality or we’ve cast the police net way too wide and caught way too many in it.

I’m also suspicious of the libertarian right’s reasons for the sudden embrace of prison reform. Call me cynical, but I have a hard time believing they’ve seen the light and now support the agenda for racial justice despite the efforts of Rand Paul, Grover Norquist, Mike Lee and others to persuade us differently. From my perspective, the right’s embrace of prison reform is consistent with their broader vision of limited government. Over the past decade we’ve seen an aggressive campaign by conservatives to promote privatization of many traditional government services.

Education and corrections are two ‘big-ticket’ areas of government expenditure. They have the additional benefit (from the right’s POV) of being areas that primarily serve low-income and minority populations — groups with limited clout and even less resources. Reducing government expenditures in these areas through displacement and/or privatization accomplishes the economic and political objectives of right-leaning conservatives, especially if any savings derived from such “reforms” are returned to the ‘public’ in the form of tax cuts. Grover Norquist said as much during a remarkably honest exchange on the “PBS NewsHour,” where he appeared with then-NAACP E.D. Ben Jealous, ostensibly in support of the organization’s Smart on Crime Initiative.

I believe, for a variety of reasons, that the criminal justice system was already moving towards reducing incarceration — perhaps not at the same speed but the movement was headed in that direction. My reasoning is fairly simple. We have reached a stage technologically where we no longer need to incarcerate people in order to accomplish the goals of the criminal justice system.

I also believe that racism — and the U.S. criminal justice system is just one of the many tentacles of modern racism — is primarily designed to serve the interests of capitalism. When those interests involved the domination of blacks in order to exploit their labor (a.k.a. enslavement), racism helped facilitate that purpose — justifying black subordination, white supremacy and the violence on which the system relied. In today’s post-industrial economy, as black labor has become increasingly irrelevant, the education and criminal justice systems have become the principal tools for black subordination and economic exploitation. The prison industrial complex (PIC) is the new arena for the commodification of black bodies for the profit of a few. But the PIC doesn’t require people be housed in actual prisons. Home monitoring and surveillance equipment; community-based transitional housing; residential drug treatment facilities — provide methods of non-incarcerative control. We can turn people’s homes into their prisons and make them pay for the privilege of staying there, all in the name of reform.

The major problem with defining the issue as reducing ‘mass incarceration’ is that almost anything you do that reduces the number of people behind bars can be called ‘reform’ regardless of the impact it may have on individuals and irrespective of whether it has any substantial impact on racial disparities in the criminal justice system. It could be the criminal justice equivalent of the pyrrhic victory blacks experienced in winning the legal battle against school segregation only to find themselves a decade later with few white children in the public schools with whom to integrate.

Reframing the campaign as one to reduce criminalization would have us address all of the various ways in which people are being targeted, not just for illicit drug use. The new front for criminalization is the criminalization of poverty. There has been a proliferation of new laws and practices at the state and local levels designed to punish people for being poor by requiring them to submit to drug tests, background checks and other intrusive practices as a requirement for access to public benefits.

Reframing the campaign as one to reduce criminalization would also weed out those who see prison reform as a vehicle to promote privatization and limited government and have no interest in the ‘justice reinvestment’ approach that seeks to use savings derived from reduced incarceration to invest in the communities where the majority of criminal justice consumers live. Libertarian politicians like Rand Paul, Mike Lee and Rick Perry oppose things most people want and need: increasing the minimum wage; expanding Medicaid eligibility; increasing food stamps and other income support; investing in early childhood education; protecting consumers from predatory financial institutions and expanding the vote.

If the same folks who say they support prison reform as a ‘racial justice’ issue get behind these issues I’m down with them all the way. If not, they should get stepping.