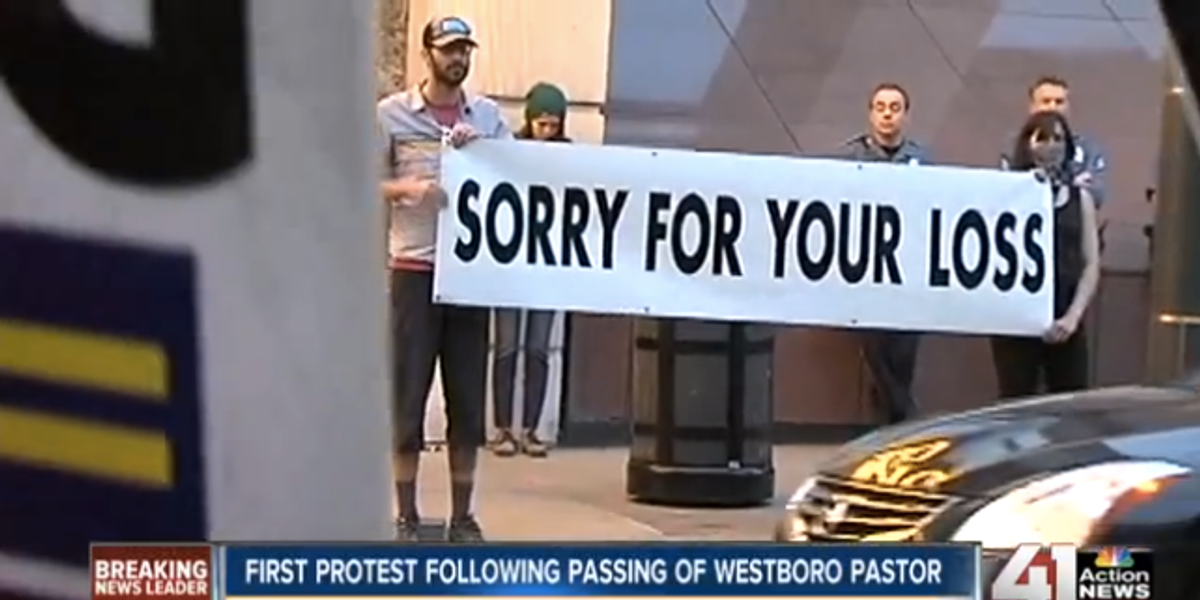 People across the country continue to show a surprising level of kindness and empathy to noted hate group Westboro Baptist following the death of founder and unrepentant bigot Fred Phelps Sr.

Counter-protestors showed up at a Friday night demonstration Westboro staged outside a Lorde concert holding a sign that read, "Sorry for your loss."

It was a lovely sentiment, really. One that was entirely lost on the shitheads from Westboro, of course.

"I don't even know what they mean by what they're saying," said one member of Westboro.

But the message wasn't only intended for members of the hate group, counter-protesters explained. It was also a message of love and forgiveness meant for any person walking by who may have gotten caught in the crosshairs of Westboro's homophobic taunts and signs.

"We realized that it wasn't so much about antagonizing them," counter-protester Megan Coleman explained to Kansas City's KSHB Channel 41, "but sending out the countered safe that we are here for people who need that message and need that positivity."