But the Fox News host and best-selling pop historian says he isn't comparing himself to Christ, of course 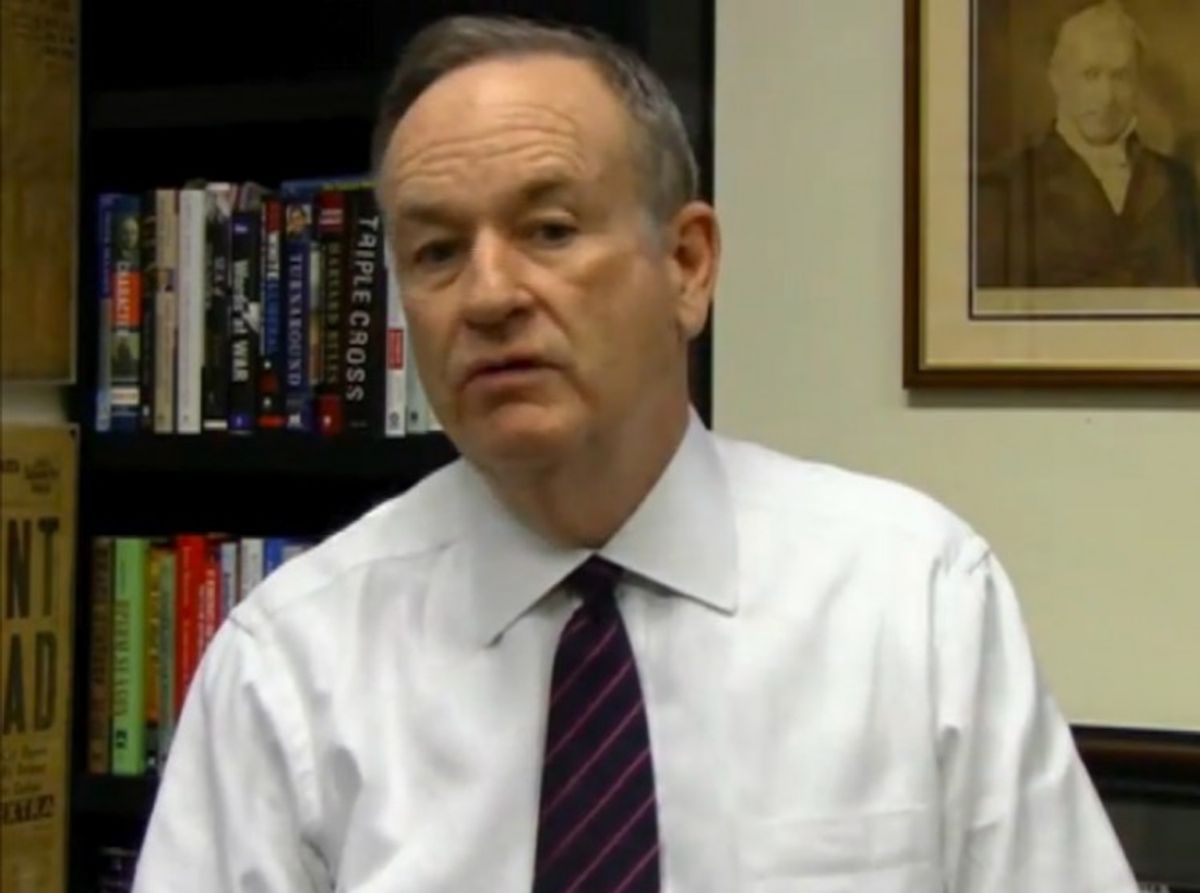 Bill O'Reilly is not known for his modesty, but in a recent interview with the Washington Post, the Fox News star took his signature egomania to a whole new level by comparing himself to Jesus Christ.

O'Reilly's comparison didn't come entirely out of the blue. The Post's interview is pegged around his best-selling "Killing Jesus" book (co-authored with Martin Dugard) and is supposed to be a platform from which O'Reilly can share his spiritual side. But this is Bill O'Reilly we're talking about, so things eventually descend into megalomaniacal self-parody.

After explaining his religious upbringing — "traditional Irish Catholic," in O'Reilly's telling — the man who frequently resides in a zone within which there is no spin turned to his critics, those darn secular-progressives.

"The problem with the secular-progressive movement is it simply cannot accept any people of faith and take them seriously," O'Reilly said. "They’re so condescending and they’re so arrogant that," O'Reilly continued, "even though you might be a brilliant person, if you believe [in god], you’re an idiot." O'Reilly went on to provide a list of world-historical thinkers who are ruled idiots by secular-progressives, people like  Thomas Aquinas and Saint Augustine.

O'Reilly next took a shot at HBO's Bill Maher — a well-known skeptic — who, according to O'Reilly, disdains organized religion because he "does not want to be told what to do." He continued: "He wants to do whatever he wants. And if it’s take drugs, he wants to be able to do that. If it’s commit adultery, he wants to be able to do that. Whatever it may be, he doesn’t want anybody telling him not to. And the people that would do that would be religious people, so he strikes out against them."

Don't get the mistaken impression that O'Reilly holds animus toward critics like Maher, however. According to Bill, he considers his critics to be misinformed more than mendacious. "The O’Reilly haters are pretty much the people that have no idea what I do," he said. But it doesn't really bother him. "I don’t have any problem with people disliking me," he continued. "I’m not comparing myself, but who was the most hated person in Judea 2,000 years ago?"

"Many, many loved him, but just as many despised him," O'Reilly said, referring to Jesus Christ. "They’re always going to do that. If you speak your mind, you’re going to have some who like you and some who hate you."