PBS’ “Secrets of the Dead" uncovers the world famous missionary's darker side. 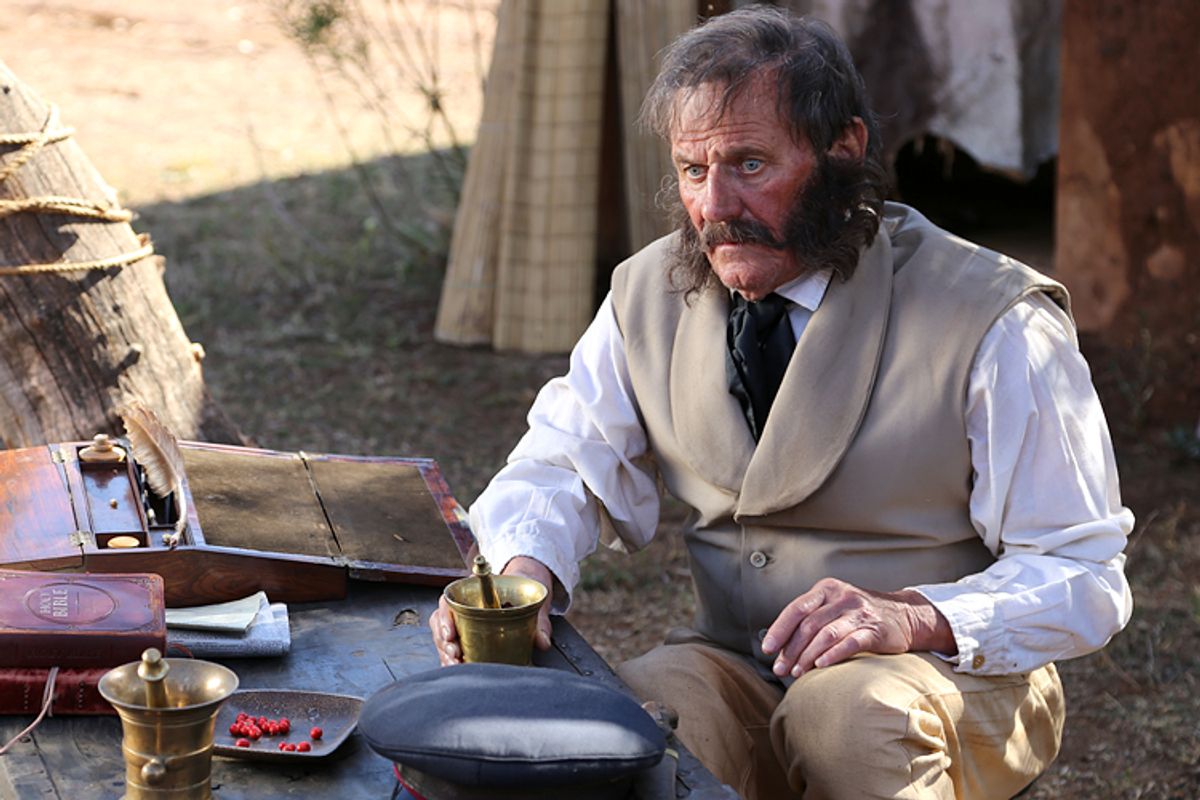 There is a particular passage in PBS’ “Secrets of the Dead: The Lost Diary of Dr. Livingstone” that should alarm you:

“The Banian servants are former slaves, but now they’ve been liberated. But they remain corrupt. They remain violent and dangerous. The fact that they can’t be changed, that their fundamental character remains the same, is troubling for Livingstone as a committed abolitionist.”

In brief, David Livingstone is a renowned explorer and missionary of Victorian Britain. Personally obsessed with discovering the source of the Nile River, he is credited with exploring vast uncharted swaths of sub-Saharan Africa as well as developing a provisional cure for malaria. During one of his last expeditions, he witnessed a massacre in a small village perpetrated by African slave traders. His gruesome, first hand account of that tragedy is cited as the reason Great Britain stepped in to end slavery on that continent. In other words, Dr. David Livingstone is generally regarded as an international hero.

Tomorrow night’s installment of “Secrets” focuses on how the popularized versions of Livingstone’s writings do not necessarily square with his original accounts. A few years back, Livingstone’s actual field journals – previously thought to be indecipherable because of the manner in which they were scrawled onto salvaged newspaper – were subjected to scientific processes that finally revealed the man’s thoughts as he first put them to paper. The above passage is a quote from Adrian Wisnicki, the director of the 2011 spectral imaging project that led to this discovery.

An on-camera talking head for “Secrets,” Wisnicki enthusiastically recounts why Livingstone was unwilling to send these Banian followers of his to assist nearby traders who had requested his help. Apparently, his servants – oddly, in this instance, he refers to them as slaves – were too “violent and dangerous” to be trusted. This assertion is accompanied by wildly prejudicial reenactment footage of scowling Africans stalking through a village, machetes in hand. Not too much further into the program we are told that Livingstone, having been ripped off by an African chief, tasked his Banian whatevers with administering said double-crossing chief a sound flogging for the offense. (The explorer later omitted the word “flogging” from his official transcription of the account – the one that was ultimately published back home in Great Britain.)

The obvious implication here is that Dr. Livingstone was a big ol’ hypocrite. Wisnicki and “Secrets,” however, ask us to believe that using his slaves as thugs was “out of character” for Livingstone and that this was simply his dark period on the Dark Continent. Desperate and nearly destitute, stranded in the village of Nyangwe for several months, Livingstone finally succumbed to the violent methods of the slavers he’d long since fallen in with after years of traveling together. (Tellingly, the show’s narrator notes that Livingstone was allowed to look on unmolested as the massacre occurred.) It took witnessing the murder of four hundred Africans by those same slavers to snap him out of it and remind him that he was, oh yes, a committed abolitionist.

“The Lost Diary of Dr. Livingstone” ends on a decidedly positive note, reasserting the man’s position as the laudable, unassailable figure who died trying to eradicate the slave trade in Africa. But the salient thrust of PBS’ “Secrets of the Dead” series is that science and investigation can help us flesh out and resolve the details of the recorded history we have already come to accept. The scientists who figured out how to use multiple colors of light to separate newsprint from script written in African berry juice are the real heroes here. And if, in their valiant efforts, Wisnicki and Co. discover that Dr. Livingstone’s fundamental character was not so firm as we may have previously thought, that revelation doesn’t so much detract from his legend as add nuance to his story.

(“Secrets of the Dead: The Lost Diary of Dr. Livingstone” airs tonight on PBS.)