Science: It's not OK to pee in the pool

It's not just gross -- it's potentially dangerous as well 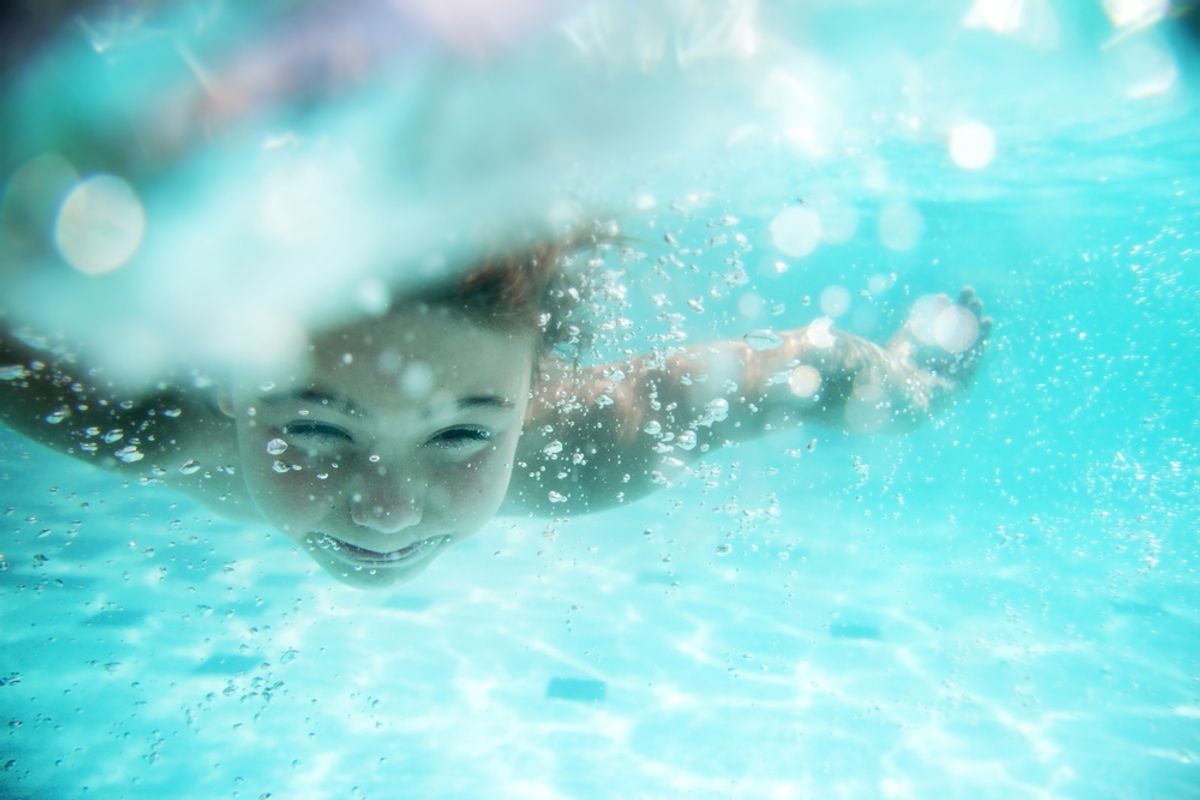 With spring theoretically coming around sometime soon, and maybe even summer after that, the question on everybody's mind (right?) is: Can I pee in the pool? Michael Phelps, who knows a thing or two about swimming pools, says yes. As he once explained to the Telegraph, "Chlorine kills it, so it's not bad."

But scientists, who know a thing or two about chlorine and other chemicals, say not so fast. According to cutting-edge new research (funded in part by the National Swimming Pool Foundation), chlorine mixes with uric acid to form other, potentially dangerous substances, including trichloramine (NCl3) and cyanogen chloride (CNCl), which are then released into the air as gases. Both are associated with lung problems when inhaled; CNCI can also affect the heart and central nervous system.

What does this mean in practice? Imagine a smallish indoor pool during peak hours (pdf, p.4), with 20 swimmers using it simultaneously. Scientists estimate that each swimmer releases 50 mL (0.25 cups) of urine, which in this scenario would equal two pint glasses of pee in total. If the chlorine levels were consistent with those typical of pools in western Europe, that would cause cyanogen chloride concentrations of 12  µg/L (.012 mg/L)—a good bit higher than the the 5 µg/L that the US National Institutes of Health cites as the lowest irritant concentration.

What’s to be done? Li identifies two ways to decrease the concentration of cyanogen chloride. Upping the pool’s chlorine content reduces the cyanogen chloride problem (though it may exacerbate the nitrogen trichloramine problem). Better yet, he suggests: “swimmers can improve pool conditions by simply not urinating in pool.”

The gases can build up at indoor swimming pools, and since chlorine is part of the problem, people who still want to pee while swimming might be better off seeking out natural bodies of water. Science has OKed peeing in the ocean. Lakes, however, are a bit dicier: Under the right conditions, human urine can potentially set off a chain of events that ends with dead fish. So please, urinate with care.