"This has not gone perfectly": Christie under the gun in latest town hall

New Jersey governor besieged with angry complaints, as residents of storm-damaged homes are running out of patience 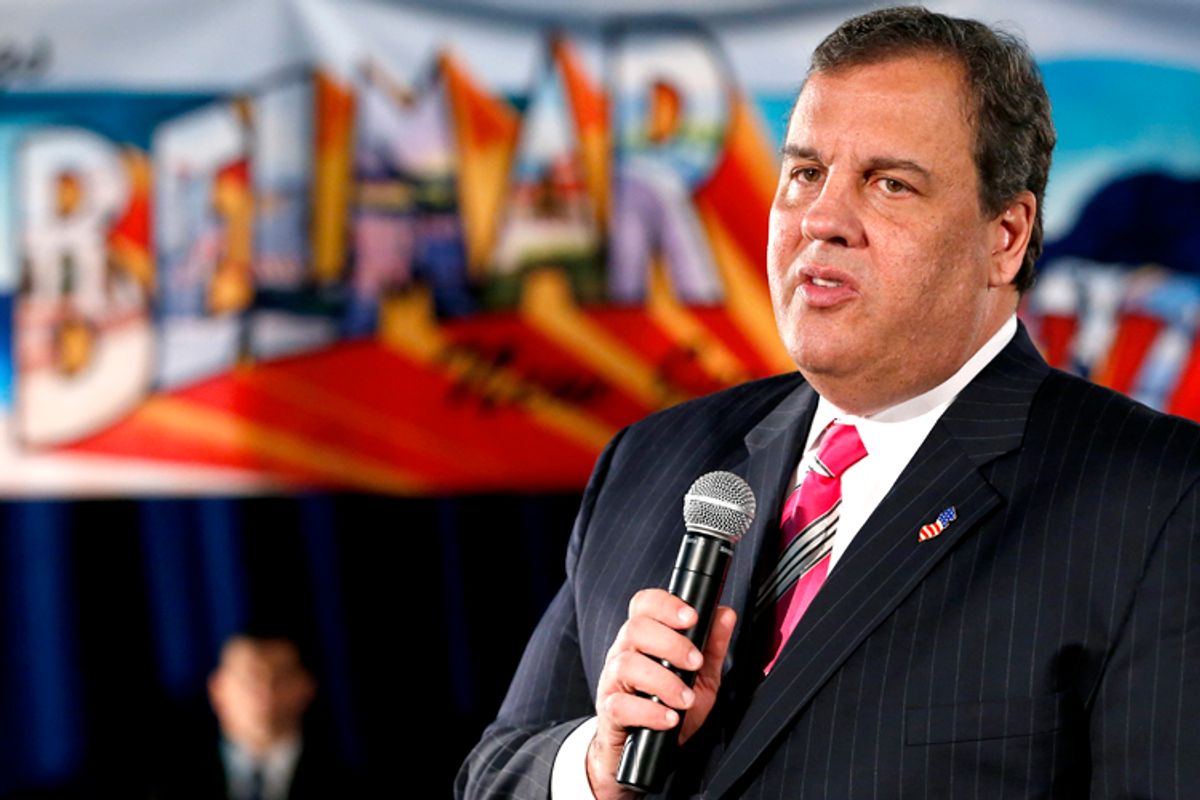 BELMAR, N.J. -- Here in Monmouth County, devastated by Sandy, the "Bridgegate" scandal is nowhere on the political Richter scale compared to the existential crisis befalling these residents. At Gov. Chris Christie's 116th town hall, all residents cared about was when they were going to get real answers about the fate of their storm-damaged homes.

"There are so many people that are displaced and I have to tell you the suicide rate has gone up,"  Therese Daidone from Brick Township told reporters after the town hall. Daidone confronted Christie about her personal red tape nightmare.

Daidone and other residents say they now find themselves in a bureaucratic maze that includes their mortgage bank, their insurance company and an alphabet soup of storm relief programs that often offer contradictory information or no information at all.

Sandy damaged or destroyed 365,000 homes in New Jersey and Christie says the federal aid passed by Congress will actually only cover a third of the $35 billion in estimated damage done by the storm.

"People don't know what to do and there are a lot of people that are despondent and we are not getting any answers or any money," Daidone said.

Daidone is continuing to pay the mortgage on her damaged home while she rents a place to live. She is now worried that without some action she will lose her home.

Gov. Christie counseled patience. He offered Daidone a sympathetic ear and insisted he was not "sitting" on any Sandy money as she had suggested.

Christie said he agreed with Daidone that the federal programs should be more flexible to be effective but he said only an act of Congress could lead to real reform.

Christie told the audience that Shaun Donovan, President Obama's secretary of housing and urban development, said Sandy aid in both New York and New Jersey had been dispensed more quickly than in any other previous natural disaster.

"I am the first guy to admit this has not gone perfectly," Christie conceded. "I still spend 40 to 50 percent of my time on Sandy issues."

At least 7,000 households remain on a waiting list to see if they can participate in the Rehabilitating, Reconstruction, Elevation and Mitigation program. Earlier this year the Christie administration terminated the contractor it had hired to handle the program.

Critics contend a similar backlog has cropped up with the state's Sandy grant program for small businesses that offers up to $50,000 in a cash grant to storm-damaged businesses.

"Only 314 businesses have received the grants out of the 3,300 applicants who need  the money to rebuild and recover," says Corinne Horowitz with New Jersey Main Street Alliance.

At his last town hall, Gov. Christie told the audience so few businesses had gotten grants because there was a lack of interest.

Several small business owners were outside the Belmar Town Hall with a very different story. "It is a long list of us getting bounced around to different people," says Kenny Ackerman who owns Ocean Towers and Welding in Point Pleasant. Ackerman, a Navy veteran, says there is still a lot of work out there to restore boats damaged by the storm.  But he says without the $50,000 grant to retool he will miss out on it.

Earlier this month Monmouth University's Polling Institute released a detailed survey of Sandy households and found that 35 percent of those still displaced reported experiencing psychological distress more than 16 months after the event.

The Monmouth poll said that New Jersey's Sandy victims who were still displaced were four times as likely to suffer psychological distress compared to the rest of the state that has moved on since Sandy.