Jennifer Stefano, who works for the Koch-funded Americans for Prosperity, proves she can say things loudly 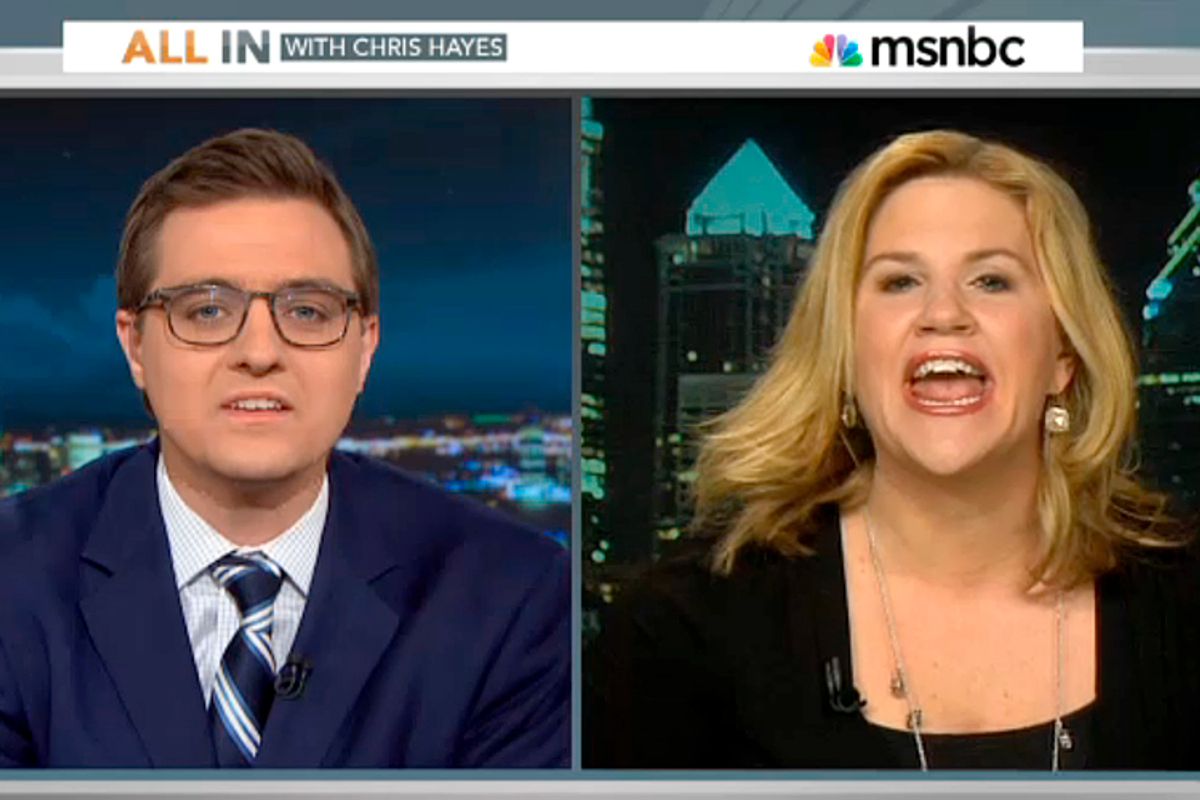 MSNBC's "All In With Chris Hayes" is one of the smartest political talk shows on television. Hayes, a former writer at the Nation, is an unapologetic lefty, but his show often tries to dig beyond the top-level partisan bickering and get to the ideological, demographic and economic divides that are the real motivating factors within American politics. If your idea of good political TV is watching two pundits blast one another with material from their respective grab bags of talking points, "All In" is probably not the show for you.

Unless you were watching it on Wednesday night, that is.

In a chaotic, weird and ultimately exhausting segment of "All In" on Wednesday night — a segment that was presumably supposed to be devoted to discussing Obamacare's oft-delayed deadlines — Hayes got into a lengthy argument ("debate" would be too kind) with Jennifer Stefano, a Pennsylvania-based employee of the Koch-funded and Tea Party-aligned American for Prosperity group.

Introducing Stefano as a person who "genuinely wakes up every day and thinks about how to destroy Obamacare," Hayes led off the bit by asking the AFP regional director why anyone should particularly care if the White House pushes back an Obamacare deadline. Stefano didn't seem to like Hayes' introduction, saying that she doesn't wake up thinking about Obamacare but rather her children.

Stefano immediately segued into a rant about how Obamacare is depriving people of making their own choices and hurting children. Because this had absolutely nothing to do with Hayes' question, the host tried to interrupt Stefano and steer her back on-topic. It didn't go so well.

Watch the video below to get a full sense of how off the rails this bit of television went, but here's a spoiler quote from Stefano to give you a sense of the tenor: "You know nothing about me! You have no idea why I wake up in the morning!" (The interview begins around the 4:42 mark.)