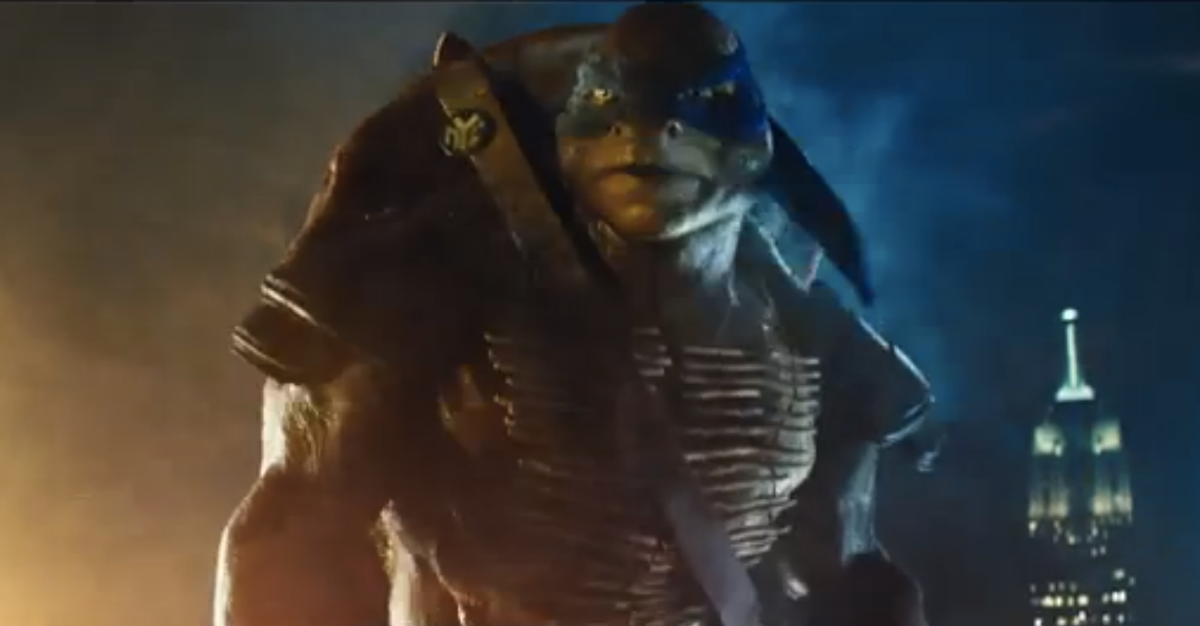 The "Teenage Mutant Ninja Turtle," remake arrives Aug. 8, 2014, on the 30-year anniversary of the superhero comic. In the 2014 version of the film, Megan Fox plays journalist April O’Neill, who discovers that the pizza-loving turtles in a half-shell were partially her father's creation.

With only a minute and 30 seconds, we don't see many of the turtles in action, who are played by newcomers Alan Ritchson, Pete Ploszek, Jeremy Howard and Noel Fisher. Sadly, we don't see Will Arnett as cameraman Vern Fenwick, either, but there's hope for the second trailer.

"Teenage Mutant Ninja Turtles" is directed by Jonathan Liebesman and produced by CGI/flamethrowing king Michael Bay. It will be released in theaters Aug. 8.