In the face of rampant poverty, one of the world's richest men is busy bragging about his billion-dollar NCAA bet 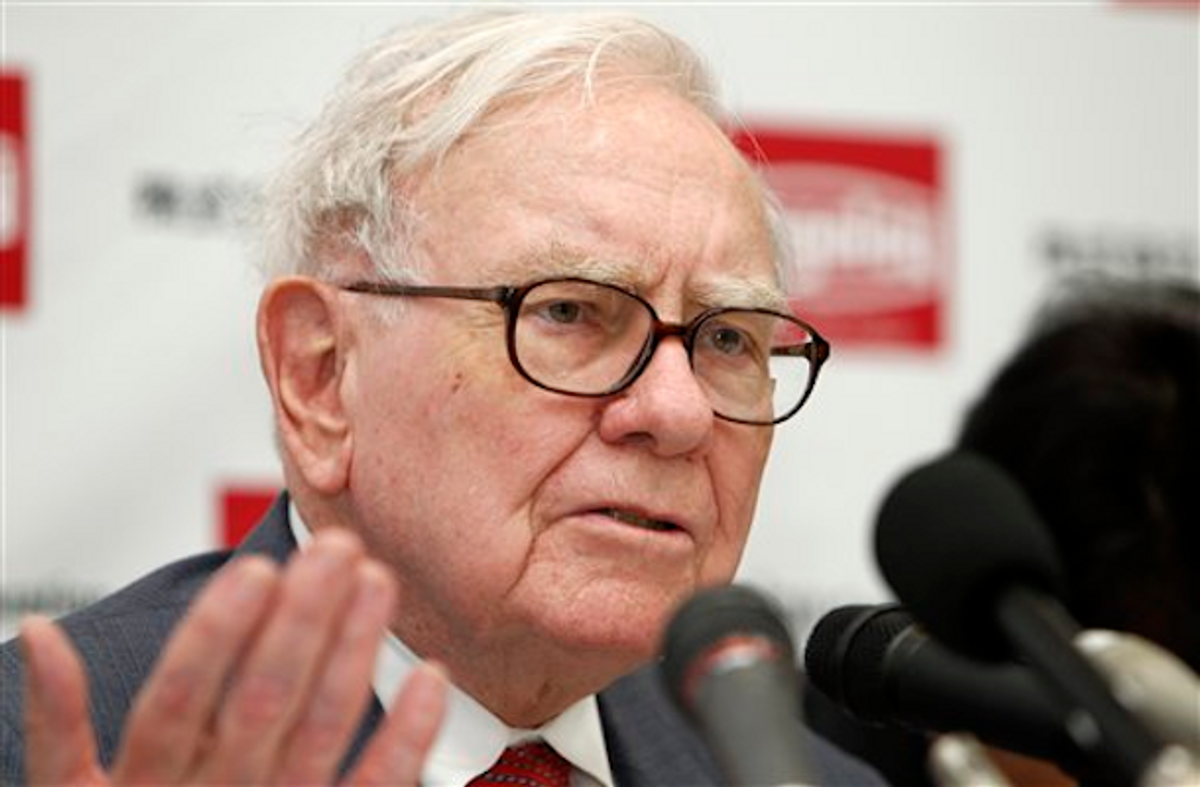 In historians' quest to find the perfect anecdote to summarize this era of unprecedented economic inequality, they confront an embarrassment of riches (pun intended).

There are the stories of billionaires like Tom Perkins, Stephen Schwarzman and Ken Langone insisting that criticism of inequality is akin to Nazism. There are more subtle antics at the local level -- for instance, there is news this week that in New York (aka one of the most unequal states in America) Republican legislators are aiming to create a special sales-tax exemption for those buying private jets. And there is, of course, the tale of the billionaire vice chairman of Berkshire Hathaway, Charles Munger, telling everyone to "thank god" for massive bank bailouts, and then telling the poor to "suck it in and cope" with their own problems.

Each of these makes a good modern-day analogue to the legend of Marie Antoinette's attitude toward the proles during the 18th century. Yet, none of these examples rise to truly iconic "let them eat cake" status in the way the recent episode involving Warren Buffett does.

I'm referring, of course, to Buffett's headline-grabbing deal with Quicken Loans to give away $1 billion to anyone who can perfectly predict the outcome of every game in the NCAA basketball tournament.

Buffett and Quicken Loans' money was never really in jeopardy during this year's contest, as one mathematician estimated that the odds of predicting a perfect bracket are one in 128 billion. However, that's not the point because with no winner this year, Buffett says he wants to make it easier for a contestant to win next year.

"It would not have bothered me to pay out the billion," he boasted.

Look, I'm as much of a fan of March Madness as the average guy, and I understand all the excitement surrounding this "who wants to be a billionaire?" sweepstakes. However, when you take a moment to think about this spectacle in the context of the current economic moment and recent economic history, it is downright grotesque.

Poverty is rampant. Wages are stagnating. Three quarters of Americans are now living paycheck to paycheck. The unemployment rate remains persistently high and inequality has hit Gilded Age levels. Much of this has been exacerbated by a housing crisis and mortgage fraud. Yet, in the face of such emergencies, one of the world's richest men joined a mortgage lender that sold shady loans to brag about their collective wealth. That's the obvious takeaway as Buffett runs to fawning news outlets to proudly proclaim that it wouldn't faze him in the least to write a billion-dollar check.

This might not be so hideous if the cash were at least being offered to address a serious social crisis. But Buffett is not offering his billion-dollar check to find a cure for a disease, put people back to work, stop climate change, restore cuts to food stamps or anything else like that. He and Quicken Loans propose instead to reward someone for predicting the outcome of games.

In the annals of pomposity, this is the most epic humblebrag of them all. Yes, Buffett and Quicken Loans mogul Dan Gilbert apparently want everyone struggling through a rough economy to know that the two of them are so unbelievably, unfathomably rich they can afford to give away a billion dollars for something frivolous. Indeed, the central message to all those "sucking it in and coping" is simple: Let them eat NCAA brackets!

Well, Mr. Oracle of Omaha and Mr. Gilbert, good for you -- mission accomplished and message received. Just don't start complaining when you become synonymous with other famously insensitive oligarchs of history. You both earned that dubious distinction.