You can't buy that! The great e-book royalty war 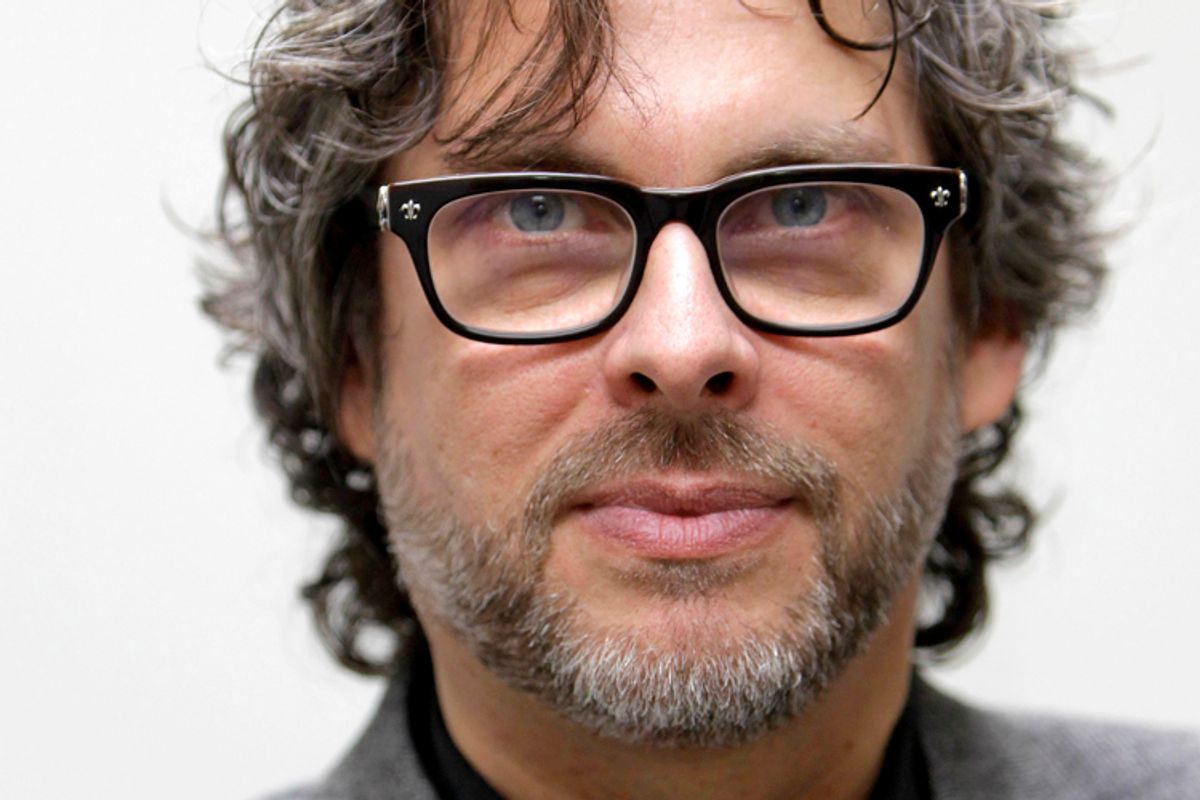 A recent lawsuit brought before the U.S. District Court in New York offers readers a glimpse into a battle raging behind the scenes in traditional publishing. The dispute, between authors and publishers, has been going on for several years and there are times it affects which titles you're able to get as e-books.

Much of the e-book market is for new titles, but by no means all. The first e-books I wanted to load onto my new tablet were classics I hoped to reread but found too bulky to lug around in print form and old favorites I wanted to revisit. When a friend fervently recommends a book published 40 years ago or so, I, like a lot of people, instantly pull out my phone or iPad and see if a digital copy's available. That way, the next time I'm stuck waiting for a plane or just in the mood to read something that's not for work, I have a nice little stash at my fingertips, everything from W.G. Sebald's "The Emigrants" to "I Capture the Castle" by Dodie Smith. In the publishing business, books like these are referred to as backlist, and they are the quiet economic fuel that powers the industry.

However, if I wanted to reread the 1973 YA classic "Julie of the Wolves" on my iPad and I was shopping before 2011, I would have been out of luck. The author of that novel (about an Eskimo girl who runs away from home to live with a pack of wolves), Jean Craighead George, could not come to terms with HarperCollins, the longtime publisher of "Julie." Like most large, traditional publishers, HarperCollins insisted that George accept a 25 percent royalty on digital sales of her book, a cut George considered too small. Instead, George opted for Open Road Integrated Media, a company founded with the express purpose of bringing backlist titles to the e-book marketplace. Open Road offered George a deal in which she received half of the proceeds from the sale of "Julie of the Wolves."

HarperCollins then sued, claiming it retained the right to publish "Julie" as an e-book, and -- because of the wording of George's 1970s contract -- they won. But the results (and the rather complex finer points) of that particular case are less important that the essence of George's choice: 25 or 50 percent. At one time, several publishers allowed 50 percent royalties on e-book sales, but today, the five biggest book publishers are holding the line at 25 percent.

Authors and their agents are fighting tooth and claw to move back that line. Their argument, as expressed by Susan Golomb, agent for such writers as Jonathan Franzen and William Vollmann, is that, with an e-book, "all the hard costs of publishing have evaporated. No printing, binding, warehousing, shipping. They have no costs." Many authors are willing to hold out on agreeing to the publication of e-books until publishers' terms improve.

Publishers counter that, while much of the cost of producing a book is loaded onto the hardcover edition, they do also need sufficient income from e-book sales to pay for the editors, designers, publicists and other marketing staff members (as well as overhead) required to bring a title to market, no matter the format. If the e-book edition subtracts from the potential sales of the new hardcover, then the e-book must help make up the difference.

Even if that's true, however, it's unlikely that HarperCollins is still paying off the cost of editing and promoting "Julie of the Wolves," a title that has sold 4 million copies in print since it was first published 41 years ago. It's also unlikely that they'd be doing much to promote the e-book if they did publish it, since publishers tend to concentrate those resources on new titles. "Publishing" George's novel as an e-book would amount to the relatively cheap task of digitizing the text, then distributing it to the handful of major e-book retailers: Amazon, Apple's iBookstore, Kobo, etc. A smaller company like Open Road can do that as effectively as a behemoth like HarperCollins. Furthermore, Open Road promises to promote the backlist titles it publishes as e-books.

George is far from the only author to find this arrangement more appealing than the one offered by her print publisher. In 2011, Michael Chabon published e-book editions of his earlier books with Open Road, and the mountaineer Joe Simpson, author of the bestselling survival memoir "Touching the Void," set up his own e-book publishing company in Britain rather than accept the 25 percent royalty offered by his print publisher, Random House. (He characterized Random House's negotiating stance as "bullying.") Perhaps the most bare-knuckled the fight over this issue raged was back in 2010, when superagent Andrew "The Jackal" Wylie preemptively assumed the right to publish e-book editions of such backlist classics as "Lolita," whereupon Random House refused to do any further business with the Wylie Agency and the Jackal backed down.

While literary agents tend to be vocal on this topic, the publishers I contacted, with the exception of Dennis Loy Johnson, publisher of Melville House Books, were unwilling to speak on the record. As a small press, Melville House pays even smaller e-book royalties than the majors: 20 percent. However, Johnson says that e-books constitute such a tiny part of the company's sales that this has not been a great bone of contention. "Showrooming is real," Johnson said, referring to book buyers' habit of browsing in physical bookstores to find out about interesting new titles, then going online to purchase an e-book at a lower price. "In a way, the print book is an advertisement for the e-book and the e-book royalties subsidize the expense of getting those print books out to the stores where people can discover it."

"Although I am obviously rooting for publishers during this time of massive industry change due to evolving technology and other influences," said Mary Evans, Chabon's literary agent, "to have the author bear such a large part of the financial shift seems ill-conceived ... Options such as Open Road which publish their books very thoughtfully and intelligently and pay the 50 percent net which most publishers started with ... if that is a legal option it is a win-win situation for any author, certainly including Michael Chabon, who has benefited by having some of his backlist published by Open Road."

Publishers also argue that the money they make on backlist titles like "Julie of the Wolves" funds the risks they take in publishing new authors. They see it as a model a bit like that of a health insurance company, where the contributions of people who use fewer services even out the costs of the people who use more. Book publishing is a gamble; no one knows beforehand which books will become hits, and most books end up losing money, yet you can't succeed at all if you aren't constantly publishing new books. The relatively small percentage of profitable titles make up for the many that never earn back the authors' advances. You can see why this idea might seem unpalatable to the rare successful author. But who knew that book publishing is the last redoubt of that old Marxist principle of "from each according to his ability, to each according to his needs"?