Also: The reviews are in for Christie's internal inquiry, and they're not good 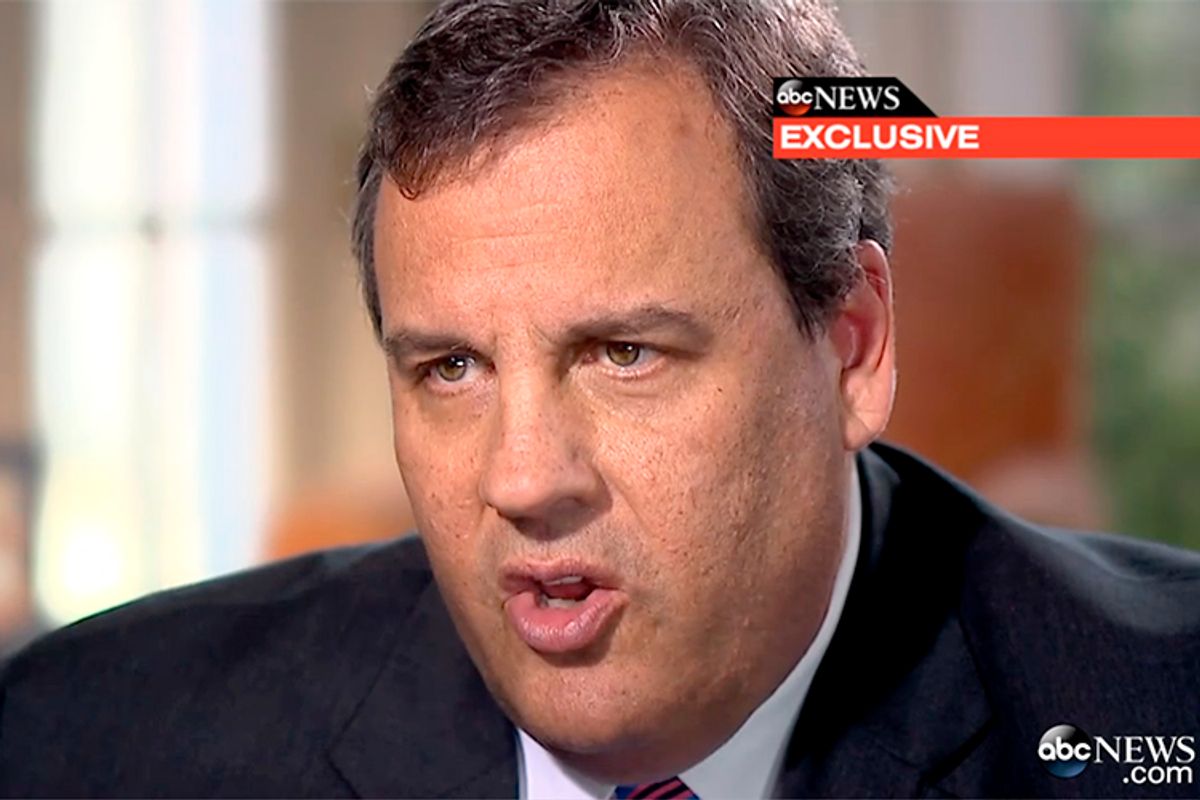 Thursday was a big, big day for New Jersey Gov. Chris Christie. The former 2016 GOP front-runner has long maintained that he had nothing to do with Bridgegate, but beyond his own protestations, Christie hasn't had anything concrete to point to to bolster his case. Until now.

On Thursday, the Christie-ordered "internal inquiry," run by a law firm of his choosing that already has close ties, both professionally and personally, with the governor, was released to the public. Surprising few if any humans on the planet, the taxpayer-funded $1 million report exonerated Christie of all wrongdoing. (For more on the report's many limitations, read this.)

By Thursday night, Christie was on the airways, talking with Diane Sawyer, touting the report's findings and explaining how hard the whole Bridgegate affair has been for him. But outside of sympathetic Republican circles, Christie's self-auditing has received poor reviews.

Here's the latest happenings in the once again busy world of Chris Christie: