Plutocracy without end: Why the 1 percent always defeats the middle class

There are more of us than them. But income inequality keeps getting worse -- and there is sadly no end in sight 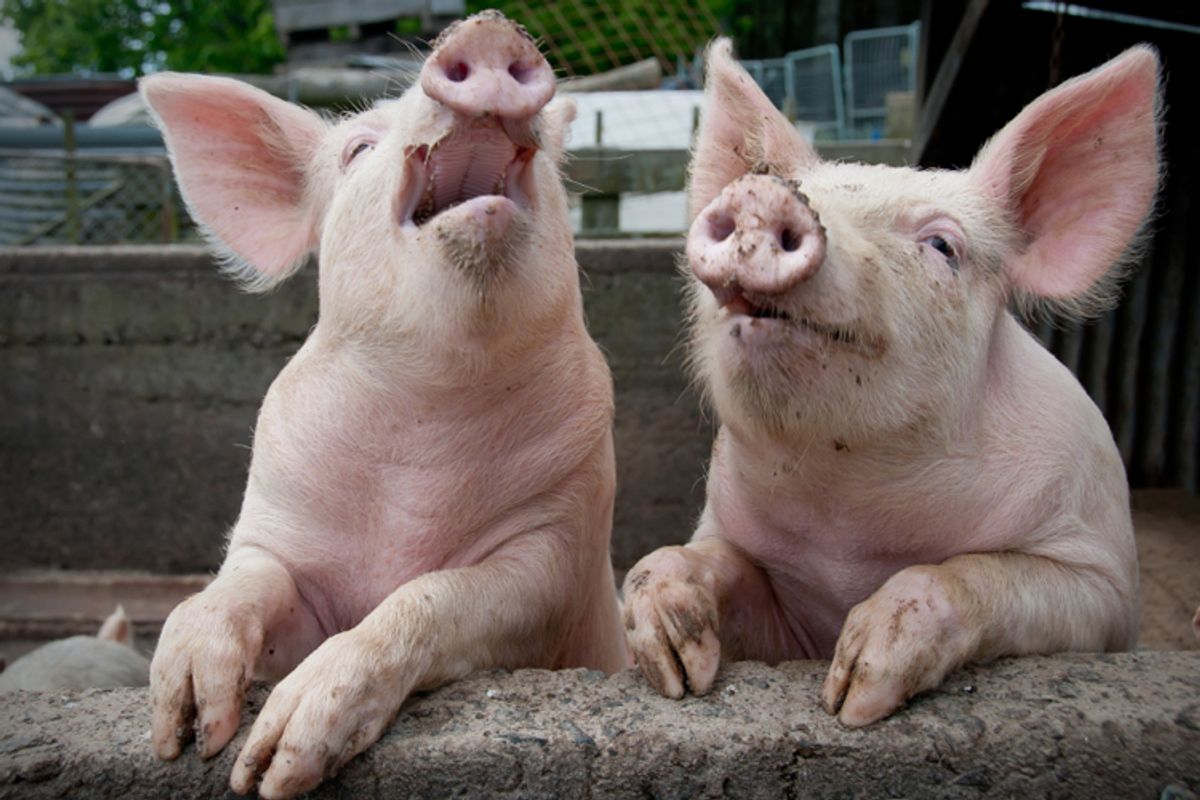 I’ve been writing about what we politely call “inequality” since the mid-1990s, but one day about ten years ago, when I was traveling the country lecturing about the toxic curlicues of right-wing culture, it dawned on me that maybe I had been getting the entire story wrong. All the economic developments that I spent my days bemoaning—the obscene enrichment of the CEO class, the assault on the regulatory state, the ruination of average people—were very possibly not what I thought they were. When I talked about these things, I assumed they were an outrage, an affront to the affluent nation I still believed we were; once the scales fell from our eyes and Americans figured out what was happening, I argued, we would yell “stop,” bring this age of folly to a close, and get back to middle-class prosperity as usual.

What hit me that day was the possibility that my happy, postwar middle-class world was the exception, and that the plutocracy we were gradually becoming was the norm. Maybe what was happening to us was a colossal reversion to a pre-Rooseveltian mean, and all the trappings of ordinary life that had seemed so solid and so permanent when I was young—the vast suburbs and the anchorman’s reassuring baritone and the nice appliances that filled the houses of the working class—were aberrations made possible by an unusual balance of political forces maintained only by the enormous political efforts of its beneficiaries.

Maybe the gravity of history pulled in the exact opposite direction of what I had always believed. If so, the question was not, "When will we get back to the right order of things," but rather, "Would we ever stop falling?"

Today, of course, the situation has grown vastly worse. The subject of inequality is discussed everywhere; there are think tanks and academic conferences dedicated to it; it has become socially permissible for polite people to wonder about the obscene gorging of those at the top. Sooner or later the question that everyone asks, upon discovering just how much of what Americans produce goes to the imbeciles in the penthouses and executive suites, is this: How much further can this thing go?

The One Percent have already broken every record for wealth-hogging set by their ancestors, going back to the dawn of record-keeping in 1913. But what if it all just keeps going? How much fatter can the fat cats get before they hit some kind of natural limit? Before the invisible thumb of history presses down on the other side of the scale and restores balance?

That we are very close to such a limit—that the contradictions inherent in the system will automatically be its undoing—is an idea much in the air of late. Not many still subscribe to Marx’s dialectical vision of history, in which inevitable worker immiseration would be followed, also inevitably, by a revolutionary explosion, but there are other inevitabilities that seem equally persuasive today. We hear much, for example, about how inequality contributed to the housing bubble and the financial crisis, how it has brought us an imbalanced economy that cannot survive.

It reminds me of the once-influential theory of inequality advanced by the economist Simon Kuznets, who thought that capitalist societies simply became more egalitarian as they matured—a theory that is carefully debunked by economist Thomas Piketty in his new book, "Capital in the Twenty-First Century." It also reminds me of the theories of the economist Ravi Batra, who in 1987 predicted a “Great Depression of 1990” because (among other things) inequality would have by then had reached what he believed to be unsustainable levels.

It is an attractive fantasy, this faith that some kind of built-in restraint will stop all this from going too far. Unfortunately, what it reminds me of the most are the similar mechanisms that Democrats like to dream about on those occasions when the Republican Party has won another election. As the triumphant wingers stand athwart the unconscious bodies of their opponents, beating their chests and bellowing for some new and awesomely destructive tax cut, a liberal’s heart turns longingly to such chimera as pendulum theory, or thirty-year-cycle theory, or the theory of the inevitable triumph of the center. Some great force will fix those guys, we mumble. One of these days, they’ll get their comeuppance.

But the cosmic cavalry never shows up. No deus ex machina will arrive to rescue the middle-class society, either. The economic system is always in some sort of crisis or another; somehow it always manages to survive.

One of the ways it manages to survive, in fact, is by working the public into paroxysms of fear at those who proclaim the inevitable destruction of the system. I refer here not only to the Republicans’ routine deploring of “class war,” by which they mean any criticism of plutocracy, but also to the once-influential right-wing radio host Glenn Beck, who in 2009 and 2010 was just about the only one in America who thought to take seriously the obscure French anarchist tract, "The Coming Insurrection." Night after night in those dark days, Beck would use the book to terrify his vast audience of seniors and goldbugs—anarchy was right around the corner!—and to this day you can still find the tract on the reading lists of 9/12 clubs across the country.

Let us not forget that it was thanks to the energetic activity of those 9/12 clubs and the closely aligned Tea Party that the obvious and conventional -- and maybe even inevitable -- response to the 2008 catastrophe was not the response the public chose. According to an important recent paper by the sociologists Clem Brooks and Jeff Manza, the orthodox poli-sci theory of economic downturn holds that voters “turn away from unregulated markets and demand more government in times of economic downturn and rising unemployment.” But in the downturn of the last few years, people reacted differently: “Rather than the recession stimulating new public demands for governent, Americans gravitated toward lower support for government responsibility for social and economic problems.” And they swept in the Republican Congress of 2010, a result that, according to Brooks and Manza, has much to do with the hyperbolic conservatism of partisan organizations like Fox News.

A second irony, worth noting in passing, is that the right-wing offensive against public pensions, which began as soon as the Republican wave landed, has been carried on under the banner of historical determinism, with everyone agreeing that the rich are going to get their way with the unions and that no alternative exists. (“Detroit pension cuts were inevitable, city consultant testifies,” screams a typical headline on the subject.)

None of this is to deny, of course, that concentrated wealth will have certain predictable social effects, in addition to the brutal primary effect of screwing you and yours permanently. Inequality will most definitely bring further corruption of our political system, which will in turn lead to further deregulation and bailouts, which will eventually allow epidemics of fraud and failure. It will definitely bring an aggravated business cycle, with crazy booms and awful busts. We know these things will happen because this is what has happened in our own time. But that doesn’t mean the situation will somehow cease to function as a matter of course, or that leading capitalists will be converted to Keynesianism en masse and start insisting on better oversight of Wall Street.

The ugly fact that we must face is that this thing can go much farther still. Plutocracy shocks us every day with its viciousness, but that doesn’t mean God will strike it down. The middle-class model worked much better for about ninety-nine percent of the population, but that doesn’t make it some kind of dialectic inevitability. You can build a plutocratic model that will stumble along just fine, like it did in the nineteenth century. It requires different things: instead of refrigerators for all, it needs bought legislatures and armies of strikebreakers—plus bailouts for the big banks when they collapse under the weight of their stupid loans, an innovation of our own time. All this may be hurtful, inefficient, and undemocratic, but it won’t dismantle itself all on its own.

That is our job. No one else is going to do it for us.