Why American dental insurance is so unspeakably awful

Chances are you've paid more in premiums than you'll get back if you need serious work done. Where did we go wrong? 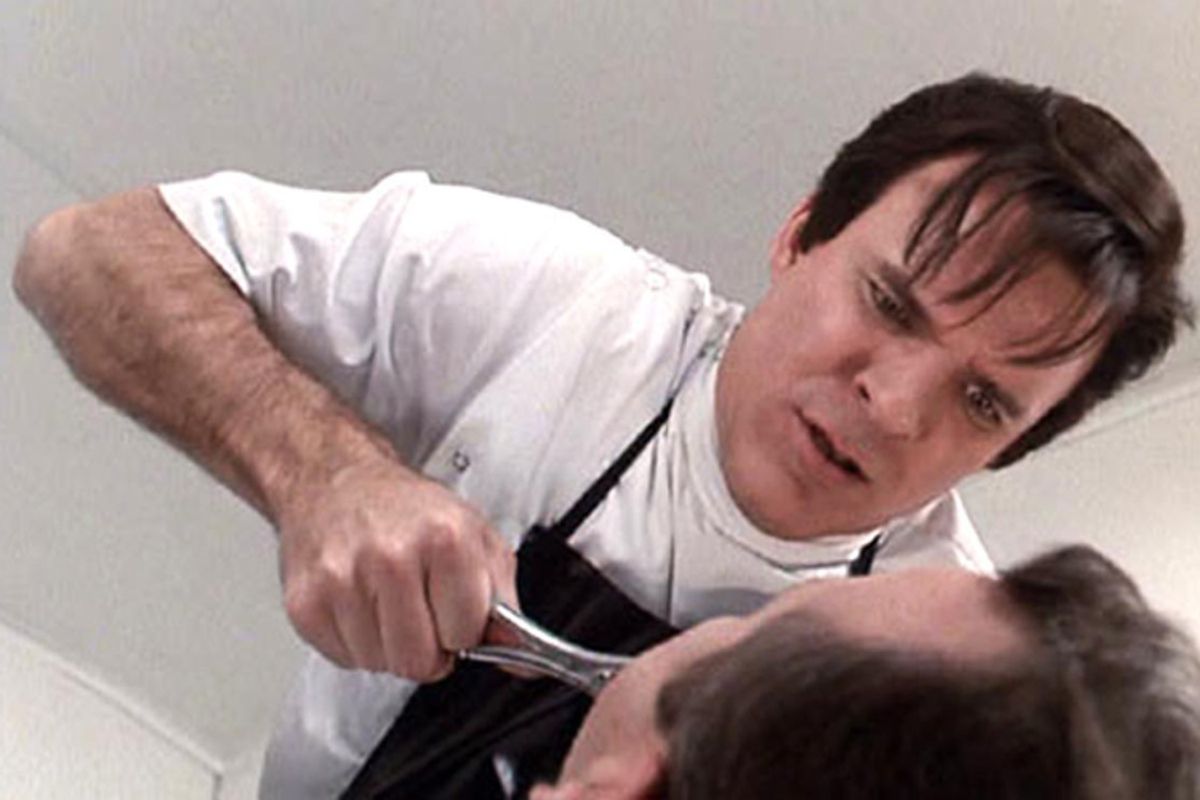 Wendell Potter writes in a series of posts about the poor state of dental coverage, that millions of Americans — 36 percent, according to a 2013 survey —put off visiting the dentist because of the cost of dental care. Last year, I became one of them. In pain, and in need of emergency dental care, I was shocked to find out how little my dental insurance covered.

At the age of six, I was physically assaulted by my dentist. The experience left me with dental PTSD that made my childhood dental visits terrifying. As an adult, my dental visits became rare, were usually emergencies, and required Valium.

Last fall, a toothache drove me back  to the dentist’s office. I was able to get the care I needed, but my fear of being in the dentist’s chair again was nearly matched by anxiety over at how much it would cost, and anxiety over how I would pay for it.

I wasn’t one of many Americans who end up seeking dental care in the emergency room — at 10 times the cost of preventive care. The ADA Health Policy Resources Center puts the number of dental-related ER visits in 2010 at 2.1 million, and the cost to the health system between $867 million and $2.1 billion.

I wasn’t one of nearly 50 million Americans who live in areas with too few dentists or none at all. Potter describes witnessing thousands of people waiting in the rain for hours to get medical care in barns and animal stalls on a Virginia fairground, during a three-day Remote Area Medical health care expedition. Most were there to see a dentist, not a doctor. Some drove from as far away as Florida and Wisconsin for dental care they couldn’t find or afford back home.

I found a dentist near my office in downtown Washington, who could see me right away. She took an x-ray, and told me that I needed an emergency root canal, set up an appointment with an endodontist, and gave me a referral. I would also need to return for tooth restoration and a dental crown.

I wasn’t one of the estimated 130 million Americans without dental insurance. I had dental coverage — albeit rarely used — through my employer. Otherwise, I might have ended up in an emergency room, in far worse pain, with my health in even greater danger.

I was, however, one of many Americans who didn’t know how much some dental procedures cost. According to the Bureau of Labor statistics, the cost of dental care has risen faster than the cost of medical care overall. Between 2008 and 2012, only hospital and adult day care costs rose faster, but annual spending caps on dental coverage remain stuck at their original Watergate-era levels, between  $1,000 and $2,000.

I was also one of many Americans who didn’t know how little dental insurance covered. The dentist’s office staff assured me I had “very good” dental insurance. Yet, the cost of a root canal, restoration, and dental crown was close to the $1,500 annual spending cap on my coverage.

I got more bad news when I returned to the dentist for restoration and a temporary crown. She did a thorough set of x-rays, and said that I needed another root canal. Unbeknownst to me, a tooth had cracked as a result of bruxism, and decay had set in.

My dental insurance covered two root canals per year, but the cost of just one — and the necessary reconstruction and crown — was within a few hundred dollars of the annual cap on my dental insurance. It would not cover the second root canal, restoration, and crown.

There is really no such thing as true dental insurance. With traditional health insurance, you actually get more back than you paid in premiums, when you have serious medical problems. It’s not so with dental insurance.

You’ve probably paid more in dental insurance premiums than you’ll get back if you ever need serious dental work. Your annual coverage will run out long before your need for dental care. You’ll have to make up the difference out of your own pocket. If you don’t have, and can’t borrow the money — or find a better price — you go without dental care or put it off for as long as you can.

That’s what I did. After my second root canal, I didn’t make another appointment. I knew I’d have better dental coverage starting in January, when I would finally be covered by my husband’s insurance. Before the Court struck down DOMA, I’d have incurred thousands of dollars in taxes if I’d used the family plan that covered my husband and our kids, because it would’ve been considered a “gift.”

I have a new dentist now. He knows all about my childhood experience, and works to make sure my visits are as free of pain and anxiety as possible. The two permanent crowns are done. I’m due back this week for a cleaning and checkup, and plan to do so every six months from now on. I hope the regular visits, and my own dental  hygiene regimen, will reduce my chances of having another dental crisis.

Like I said, I’m fortunate. Childhood trauma caused me to neglect my dental care, but I was able to get the care I needed — eventually. There are millions of Americans who can’t, through no fault of their own.

This week marks the four-year anniversary of the Affordable Care Act, which only mandates dental coverage for nearly 5.3 children eligible for other federal programs, but not adults. Perhaps, as a commenter on the first post in Potter’s series suggests, it’s time for an “Affordable Dental Care Act.”