A surprising new warning on robots and jobs

When even the Economist starts hemming and hawing about automation and labor markets, it's time to get worried 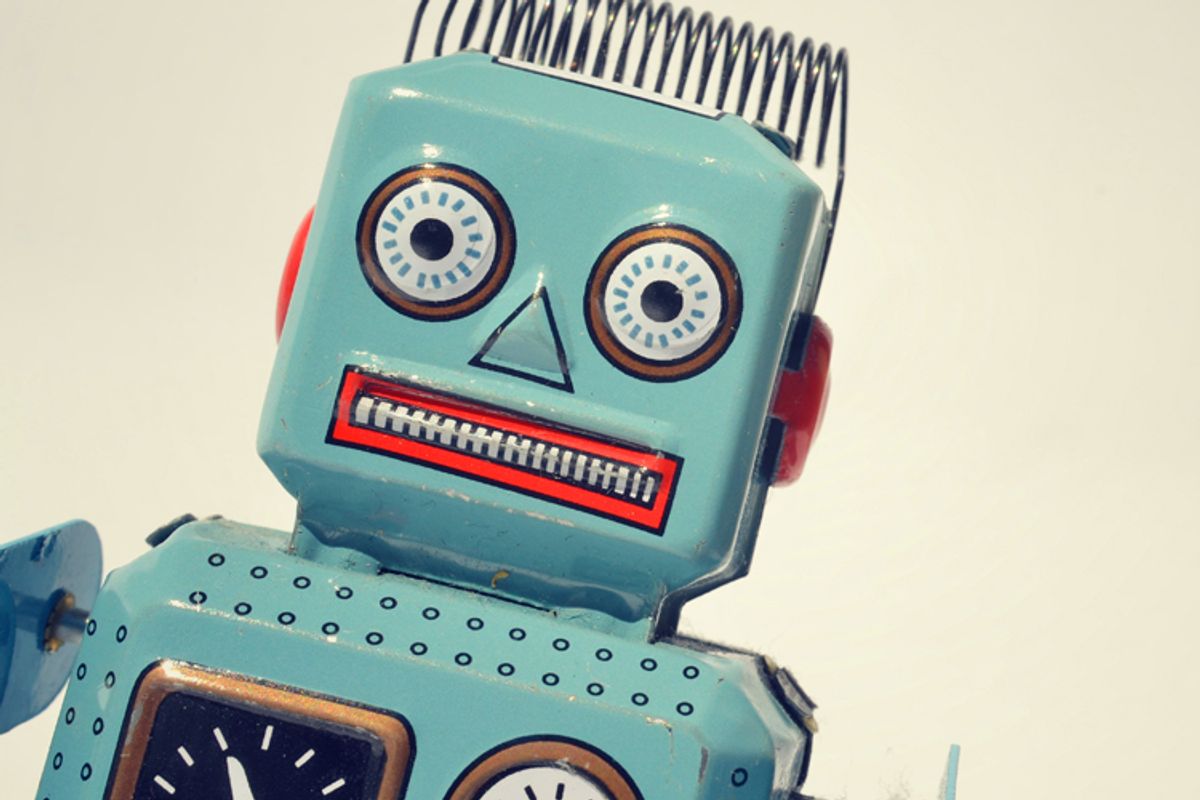 When the Economist magazine starts warning about the threat of robots, it's high time to grab your survival gear and light out for the back country. Journalism's preeminent defender of the market wisdom of Adam Smith's invisible hand rarely questions the forward march of innovation. But in a special report on our fast-arriving robot future published in the print edition this week, the Economist does just that. Kind of.

As headlines go, the warning is hardly definitive: "Job destruction by robots could outweigh creation." The story itself is hedged so thickly one can barely see the central thesis: Robots might be threatening our jobs, but we're not really sure. Globalization is also a problem -- as is the arrival of women in the workforce. Pick your poison men: women or robots!

But just the fact that the Economist is even asking the question of whether robots could conceivably have a negative impact on labor markets is worth taking notice of. It's a reflection of a shift in opinion on the part of people the Economist takes seriously -- credentialed economists.

Nick Bloom, an economics professor at Stanford, has seen a big change of heart about such technological unemployment in his discipline recently. The received wisdom used to be that although new technologies put some workers out of jobs, the extra wealth they generated increased consumption and thus created jobs elsewhere. Now many economists are taking the short- to medium-term risk to jobs far more seriously, and some think the potential scale of change may be huge.

The Economist also mentions the work of MIT's Erik Brynjolfsson and Andrew McAfee, who argue that "technological dislocation may create great problems for moderately skilled workers in the coming decades." (Salon's interview with Brynjolfsson and McAfee can be found here.)

But the magazine doesn't go much further than pointing out that there are some new concerns. Far more ink is lavished in this special report on the wonders of the new technology coming down the pike than the potential dangers. There's even a wave of the hand at everyone's favorite utopian technological dream: Once robots are doing all the work, our main problem will be figuring out what to do with our abundance of leisure time.

It is even conceivable that the fruits of greater productivity will be distributed so as to allow people to work less and spend more time doing other things. After all, the humor in the double meaning of the message that “Our robots put people to work” depends on understanding that people do not necessarily want to work, if they have better things to do.

Wouldn't that be nice! The real question is: distributed by whom? The benefits of a potential robot utopia are unlikely to be widely distributed without strong political leadership. Unfortunately, so far, there's very little evidence to support the notion that governments, anywhere, have a clue on how to steer us through a robot future.