His attorneys' laughable "report" didn't convince anyone, and only strengthened the real investigation against him 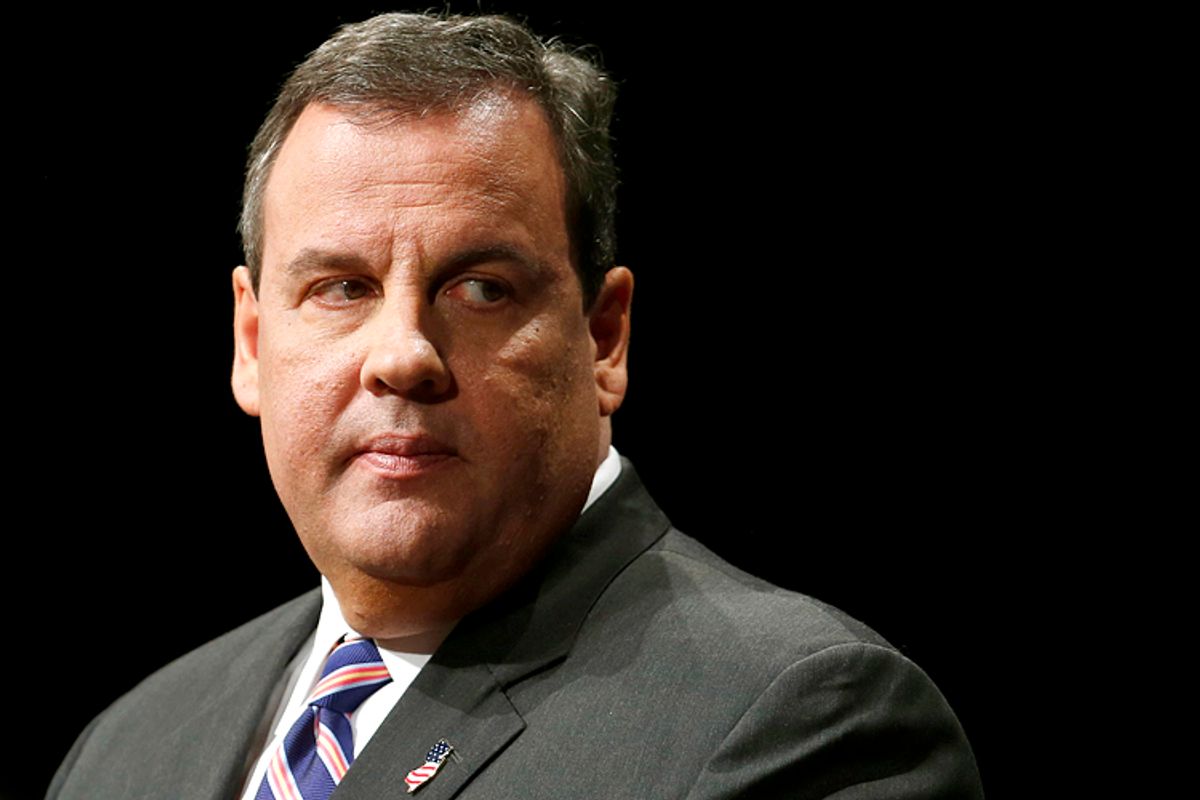 The lawyers Chris Christie hired to look into whether or not Chris Christie did anything wrong released the report that concludes their (taxpayer-funded) investigation last week, and, surprising few, they determined that Chris Christie did not do anything wrong. Christie effectively declared himself totally vindicated at a press conference in which he cracked jokes and seemed uninterested in performing any sort of penitent act. This is his official declaration that he's done with this scandal.

The purpose of the report was the same as the purpose of Christie's original "epic" Jan. 9 press conference: To help the governor act as though this whole mess is behind him, so that he can resume governing and preparing to run for president. At the Jan. 9 conference he made a point of answering every single question. He then limited his appearances to friendly town halls and claimed that only out-of-touch reporters still cared about the bridge scandal. Until last Friday, it had been three months since Christie's last press conference.

That gave his attorneys (including one who has referred to Christie as a "very dear friend") time to write up a faux-exhaustive accounting of how the time that a bunch of devoted Christie allies decided to create traffic problems as a means of political retribution against a Democratic mayor had nothing, at all, to do with Christie personally. The governor "has conducted himself at every turn as someone who has nothing to hide," according to the report. Case closed!

The entire thing, from hiring politically connected Christie-allied lawyers to paying for the pricey investigation with public funds to crowing about the transparent snow job like it will actually convince anyone, looks like a stupid unforced error by Christie. Even the "objective" press is highlighting the attorneys' links to Christie and the fact that New Jersey taxpayers are on the hook for $1 million spent solely to help their governor recover from a scandal. Starting with the New York Times' initial story on the review, nearly every news organization has (appropriately) treated the report as an unconvincing attempt to venerate Christie and pin everything on a few obvious scapegoats who, conveniently, didn't cooperate with the investigation. No one is buying it, and in thinking he could get the political press to play along, Christie just insulted a class of people who were formerly among his most valuable allies.

Perhaps the single dumbest aspect of the report and its unveiling is how it invites a backlash from the people the report blames for the scandal, especially the already pissed-off David Wildstein and former top Christie aide Bridget Kelly, who is subject to shockingly sexist treatment in the review. Painting your once fiercely loyal aide as an unhinged emotional wreck is probably a good way to get her to start opening up to the press and the less friendly investigators at the U.S. attorney's office. Kelly's lawyer has already all-but-declared that Kelly will cooperate with the U.S. attorney in exchange for immunity. Chris Christie's stunt probably helped her make that decision.

If this is the best Christie can do, he doesn't deserve to get anywhere near the presidency. And the sorts of Republican elders who were once his biggest fans probably feel the same way. Christie would've been better off shutting up and waiting it out instead of trying to exonerate himself on an accelerated schedule. Once he decided to hire some lawyers to issue a report, he should've made sure that the lawyers put forth a better show of independence and objectivity. Better stage management -- a report that took longer to prepare and that assigned some sort of responsibility to Christie, for appearance's sake -- could've salvaged Christie's future. Instead, he just showed the country how lousy a politician he actually is.