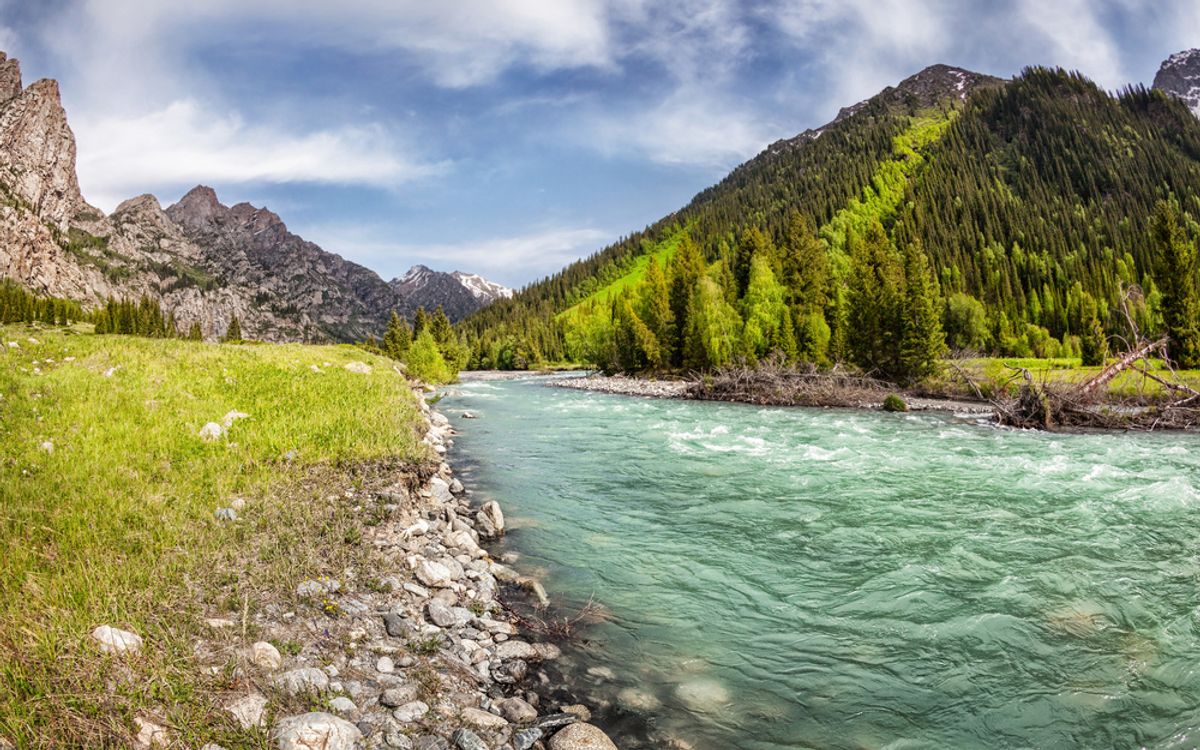 If you want to understand the toll constant, oppressive smog takes on a society, look no further than China, where people recently lined up for a turn breathing from bags of "fresh mountain air" (the Global Post has pictures from the mayhem).  It's not an April Fools' joke, but it was a promotional gimmick -- not that that stopped people from taking it seriously. “I felt my baby move right when I breathed in,” one pregnant woman reportedly said.

According to the organizer, a Henan-based travel company, 20 bright blue bags of air were shipped to Zhengzhou, capital of central China’s Henan province, as a special treat for residents. The air originated from Laojun Mountain, some 120 miles away from the city, and was brought as part of a promotional gimmick to show oxygen-deprived city residents what they’re missing.

In its account of the event, the state-run China News Service said that some of the residents who lined up for the chance to inhale—they were limited to a few minutes each—tried to wring the bags in order to extract every bit of air possible.

Other cities throughout the world are dealing with air pollution, too, in some places worse than China's. But the country's smog crisis, which may cost it up to $300 billion a year in health problems and premature deaths, has obviously taken a serious toll on the cultural psyche.