Communism may never have worked here. But capitalism isn’t working as well without a rival economic system 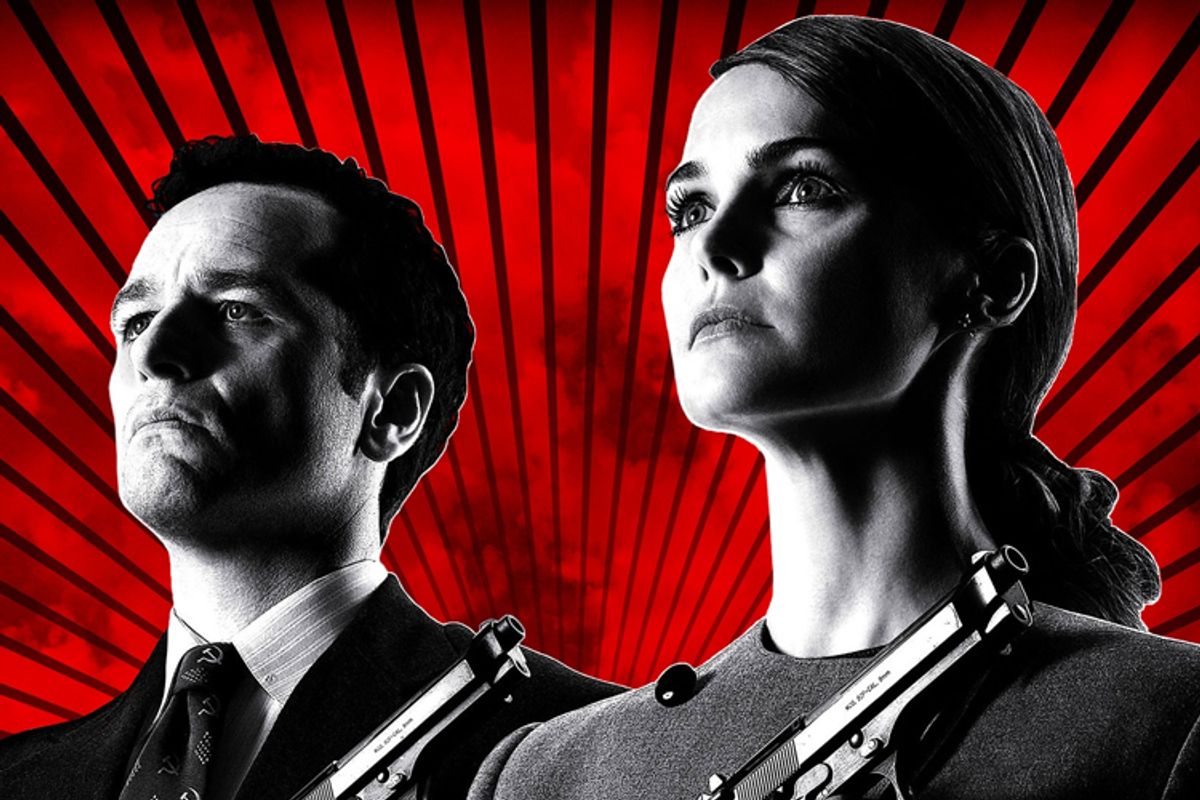 I miss the Soviet Union. I never visited the country during its 72 years of existence, and I didn’t much like what I read about it in late-Cold War newspapers and library copies of Soviet Life: the long queues for bread, the military parades presided over by impassive bemedaled field marshals, the kitschy tributes to dictators, the Olympians inflated by performance-enhancing drugs. Communism, with its denial of both God and the individual, never appealed to me as a way of life, and I doubt it was much good for the Russian worker, the Polish worker, the East German worker, or the Yugoslavian worker.

Communism was, however, fantastic for the American worker. It’s no coincidence that the golden age of American equality, that period from the 1940s to the 1970s when the gap between CEOs and employees hit its all-time low, was almost exactly coterminous with the Cold War. As any capitalist will tell you, competition is good for the marketplace. It forces businesses to create better products and more efficient services for consumers. The same is true for capitalism itself: as a means of raising the living standards of an entire society, it never functioned better than when it was forced to compete with a rival economic system.

Let’s be clear about one thing: Communism, while a useful foil for the careers of Joseph McCarthy and Richard Nixon, was never a threat to supplant capitalism here at home. There’s an instructive scene from the movie "Reds," in which journalist Louise Bryant is defending the Bolshevik revolution to a U.S. Senate committee.

“Miss Bryant,” asks a senator, “do you advocate a Soviet government for this country?”

“No,” Bryant replies. “In this country, I don’t think it would work.”

The real battle between capitalism and Communism was fought in the developing world. In the 1960s, the capital cities of many newly-independent nations had both a Russian House and an American House, where the contestants showed off the superiority of their way of life. (According to a friend who grew up in Accra, Ghana, the American House was more popular, because the movies were better.) That propaganda had to be backed up with results. The Cold War hastened the end of segregation, because of the glaring racism of Jim Crow. Soviet posters of the same period portrayed the American wealthy as obese, top-hatted plutocrats — an image that had been outdated since the 1920s.

Nikita Khrushchev and Leonid Brezhnev boasted of building a workers’ paradise in the U.S.S.R., but Americans actually lived in one: suburban houses and vacation cottages, a new car every two years, meat for dinner every night. One of our arguments against Communism was that it could not create wealth for the average worker, whereas capitalism could, and did. The United States also had to demonstrate that it was no longer guilty of the Gilded Age inequities that had made socialism look appealing even to Americans in the early 20th Century.

Few Americans did more to enrich the working class than Walter Reuther, the longtime president of the United Auto Workers.

In the early 1930s, Reuther campaigned for Norman Thomas, the Socialist presidential candidate, and spent 16 months working as a tool-and-die maker in a Russian auto plant. It was his genius as a labor leader to fuse capitalism and Communism by agitating for a system in which workers could own big American cars, big American houses and big American boats while having the security of Soviet medical care, Soviet old-age pensions and Soviet job guarantees. Reuther believed in high wages, but he also believed in universal health care and affordable housing.

After winning the presidency of the UAW, in 1946, he purged it of Communists, because he suspected they were more loyal to the U.S.S.R. than the union. Also, Reuther had taken what he needed from Communism, and used it to help construct an economic order that did not require repression to achieve equality. In an era of voluntary corporate socialism, Communism looked impractical and unjust. America’s blue-collar unionists became some of the nation’s most dedicated anti-Communists. Many were a generation or two removed from countries trapped behind the Iron Curtain. They all understood that American factory workers lived better than Soviet factory workers.

So did Richard Nixon. Nixon made himself a household name by accusing diplomat Alger Hiss of acting as a Soviet spy. Yet Nixon, the coldest of Cold Warriors, preferred economic competition with the Soviet Union to military confrontation. His famous “Kitchen Debate” with Khrushchev took place in a model American house at the 1959 American National Exhibition in Moscow: a showcase for capitalism’s bounty.

“Our steel workers, as you know are on the strike. But any steel worker could buy this house,” Nixon boasted.

“In Russia, all you have to do to get a house is to be born in the Soviet Union,” Khrushchev retorted. “In America, if you don’t have a dollar you have a right to choose between sleeping in a house or on the pavement.”

After Khrushchev promised that the U.S.S.R. would surpass the U.S. in industrial capacity and invention, Nixon concluded, “I can only say that if this competition which you have described so effectively, if in which you plan to outstrip us, particularly in the production of consumer goods … If this competition is to do the best for both our people and for people everywhere, there must be a free exchange of ideas … there are some instances where you may be ahead of us — for example, in the development of the thrust of your rockets for the investigation of outer space. There may be some instances, for example, color television, where we’re ahead of you. But in order for both of us to so benefit … We must not be afraid of ideas.”

Nixon finally won the presidency on a promise to end the Vietnam War, begun by Lyndon Johnson as part of the Cold War policy of containment, which aimed to stop the spread of Communism, without defeating it entirely. Johnson confronted the Communists both militarily and economically. His Great Society and War on Poverty programs were rebukes to Khrushchev’s insistence that any American without a dollar would wind up on the streets. Nixon seemed more inclined to wage a Cold War of ideas than bullets and bombs. Where Truman and Johnson had sent troops to Asia, Nixon sent a ping-pong team, hoping to “bring China into the world,” and recruit a potential ally against the U.S.S.R. In a 1971 speech to media executives in Kansas City, Nixon declared that his administration had begun “an era of negotiation rather than confrontation.”

“Economic power will the key to other kinds of power,” said Nixon, who was concerned about the nation’s first post-war trade deficit, and wanted to open new markets for American goods.

Ronald Reagan rejected containment. He decided that the world could no longer exist half Communist and half capitalist, setting out to win the Cold War by launching an arms race that would bankrupt the Soviets. It was another sort of economic competition, one that depended more on America’s raw wealth than its standard of living.

As Reagan’s presidency recedes into history, I am convinced that he was one of the most significant presidents of the 20th century — at least the equal of Franklin D. Roosevelt in terms of impact. Both presided over enormous shifts in the assumptions that guided the American economy. Roosevelt’s New Deal had sought to blunt socialism’s challenge by moderating capitalism, introducing state-funded pensions and government-run work programs. Reagan set out to destroy Communism, so capitalism could reign unchallenged. Reagan made the world safe for globalization, ensuring that the entire Third World — except for a few isolated outposts of Marxism such as Cuba, North Korea and Venezuela — would provide the United States with cheap labor, cheap resources, and a marketplace for cheap exports.

To Reagan and his fellow ideologues, the Soviet Union had to go not just because it interfered with their designs abroad, but because its existence was an affront to the idea that there should be any check on the free market, anywhere. Previous Republican presidents had tolerated labor unions, because they understood that unionism was a practical alternative to socialism. To Reagan, that smacked of compromise with an ideology bent on undermining “freedom.” When the Professional Air Traffic Controllers Organization went on strike in 1981, Reagan fired the lot. His enemies called him hypocritical for supporting Poland’s labor-based Solidarity movement, while opposing unions at home. But Reagan saw no contradiction. Solidarity was fighting Communism. PATCO, the UAW, the steel workers and the Teamsters were fighting capitalism.

Wiping out Communism removed the final obstacle to the global triumph of capital. No longer did corporations doing business in the Third World have to worry about workers’ movements, or nationalization of their assets. Globalization exploded in the 1990s because the entire globe was finally under a single economic system. And if corporations didn’t have to worry about treating workers abroad well, they didn’t have to worry about treating workers at home well, either. They could simply threaten to move their operations abroad if Americans demanded high wages, or job security.

Communism’s defeat has done more than its 75-year-long victory to validate the theories of its founder, Karl Marx, who foresaw both globalization and the misery it would cause the common worker.

“The bourgeoisie, by the rapid improvement of all instruments of production … compels all nations, on pain of extinction, to adopt the bourgeoisie mode of production. In one word, it creates a world in its own image,” Marx wrote.

He also wrote this:

Big industry constantly requires a reserve army of unemployed workers for times of overproduction. The main purpose of the bourgeois in relation to the worker is, of course, to have the commodity labour as cheaply as possible, which is only possible when the supply of this commodity is as large as possible in relation to the demand for it, i.e., when the overpopulation is the greatest. The... theory... which is also expressed as a law of nature, that population grows faster than the means of subsistence, is the more welcome to the bourgeois as it silences his conscience, makes hard-heartedness into a moral duty and the consequences of society into the consequences of nature, and finally gives him the opportunity to watch the destruction of the proletariat by starvation as calmly as other natural event without bestirring himself, and, on the other hand, to regard the misery of the proletariat as its own fault and to punish it. To be sure, the proletarian can restrain his natural instinct by reason, and so, by moral supervision, halt the law of nature in its injurious course of development.

Marx was right about those things, but he was wrong about the solution. Communism, at least as practiced by the Russians, failed to produce a high standard of living, because it did not motivate workers to create a surplus of goods. During the Soviet era, Russians had a saying: “We pretend to work, and you pretend to pay us.”

An economy without a marketplace will produce only the bare minimum necessary for survival. But capitalism, in its rawest form, leads to the same result. Unless tempered by unionization or a social welfare state, the iron law of wages reduces the majority of workers to a subsistence level, while creating vast wealth for a tiny ownership class. Ronald Reagan advanced a false dichotomy between Communism and capitalism that is still with us, 25 years after his presidency ended. It’s true, as Louise Bryant said in "Reds," that Communism would never have worked in the United States — but capitalism isn’t working as well without it.