Creationist lawmaker wants to give god credit for a fossil

So much for separation of church and state: South Carolina Senator Kevin Bryant is trying to add Genesis to a bill 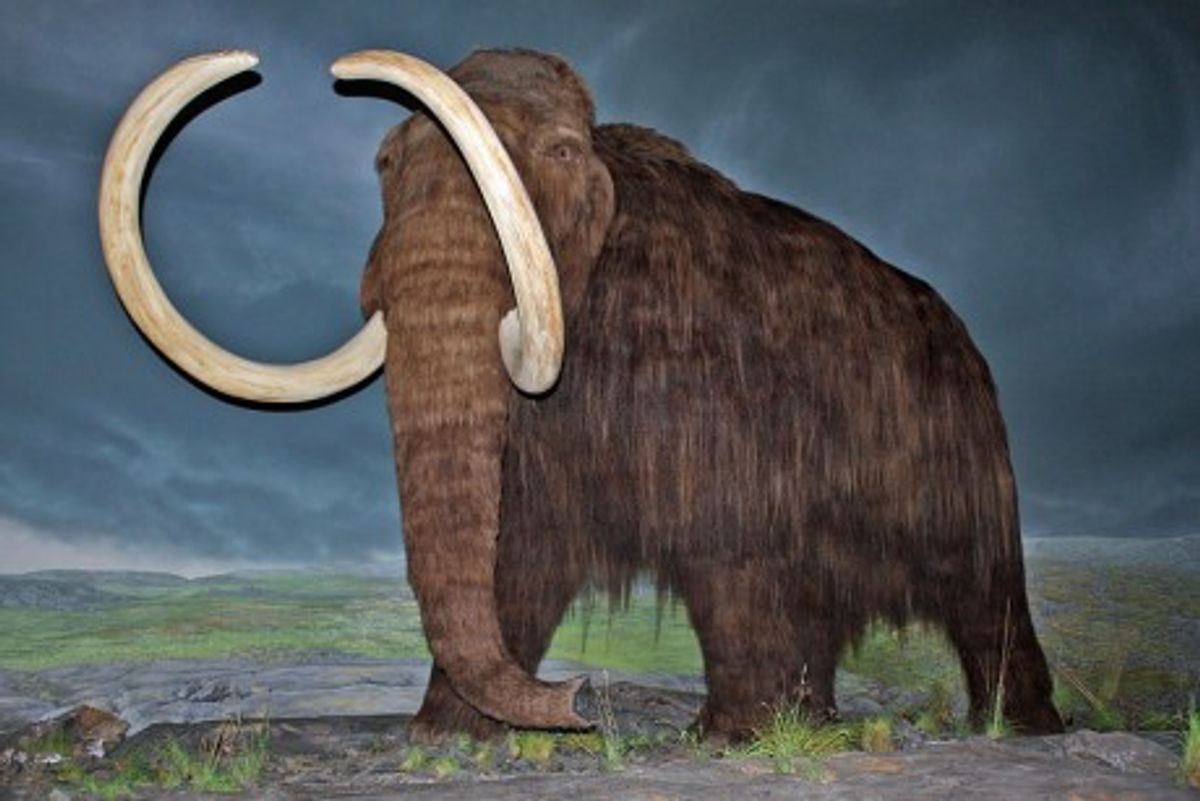 The South Carolina State Senate has halted a bill which would designate the woolly mammoth as South Carolina's state fossil. The bill has already passed in the state's House of Representatives.

This seemingly innocuous piece of legislation -- originally proposed at the behest of eight-year-old girl -- has hit a bit of a speed bump in the form of an amendment from Republican Senator Kevin Bryant. The amendment, which would add two lines from Genesis to the bill, was originally ruled out of order. The language has now been changed to claim that the mammoth was "created on the sixth day along with the beasts of the field."

According to Reuters, Bryant also said, "I just had a notion that we ought to consider acknowledging the creator as we acknowledge one of his creations." The amendment is currently being debated.

South Carolina is one of the few states does not have an official state fossil. According to FOX Carolina 21, a little girl "who loves science" wanted to change that. Olivia McConnell sent a letter to lawmakers suggesting the woolly mammoth be named the state's official fossil. Part of her reasoning was that a mammoth tooth was dug up by slaves at a South Carolina plantation in 1725. Democratic Representative Robert Ridgeway, received McConnell's letter and decided to propose the bill.

"Fossils tell a lot about how animals lived back then," Olivia McConnell told FOX Caroline 21, "The first vertebrae backbone found in North America was actually found here in South Carolina." Mammoths, were giant elephant-like creatures who roamed through Europe, North America and Siberia millions of years ago, according to Anchorage Museum.

Senator Bryant has said he won't stand in the way of the bill passing, but would like a vote on his amendment first. Since its proposal it has stirred things up. It directly attempts to infuse religion -- and creationism -- into state law.

Representative Ridgeway was caught off guard by the kerfuffle. "I was just trying to support a young child who is interested in science. We should support children in any endeavor that they seem interested in," he said, according to Reuters. "That's one thing the state should be behind."

This is not the first time that mammoth fossils have butted heads with Genesis. According to Smithsonian, in the early 1800s a young French anatomist George Cuvier stirred things up:

"The discovery of such monstrous creatures raised troubling questions. Cuvier made the case that both mammoths and mastodons had vanished from the face of the earth; their bones were just too different from any known pachyderm. It was the first time the scientific world accepted the idea that any species had gone extinct—a challenge to the doctrine that species were a permanent, unchanging heritage from the Garden of Eden. The disappearance of such creatures also cast doubt on the idea that the earth was just 6,000 years old, as the Bible seemed to teach."