"My physician has been instructed that they can no longer write prescriptions for birth control," said one patient 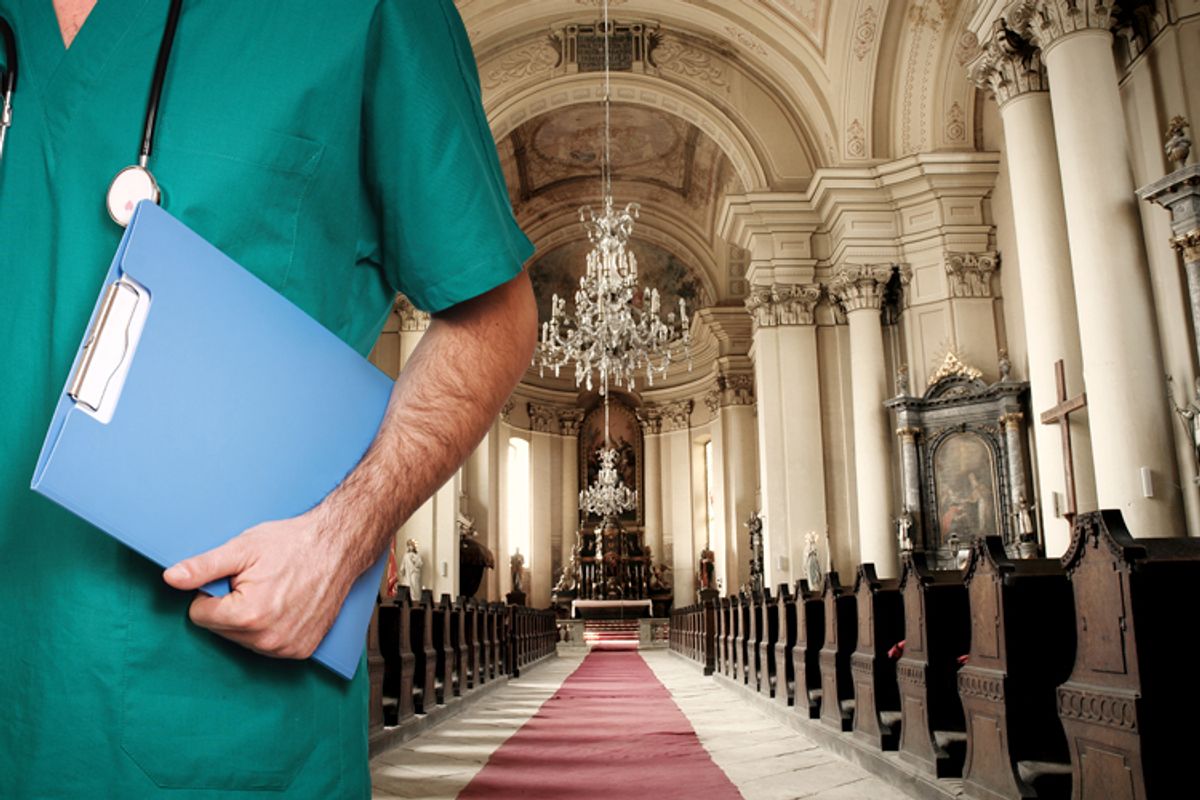 Doctors affiliated with a small Catholic hospital in Bartlesville, Okla., are no longer allowed to prescribe contraception for the purposes of birth control, according to a report from the Bartlesville Examiner-Enterprise.

“I was given the impression that birth control for those reasons would be overlooked, but I have no desire to stretch the truth or fabricate a reason. This is between me and my physician. This is about my health care. Why should we have to commit borderline insurance fraud because I want to maintain my health care?”

Another patient said she worries the new policy will hurt access to health care -- and the local economy. “I heard about the change in policy on Wednesday night so Thursday I called my OB-GYN to find out if, in fact, they would no longer be offering IUD [intrauterine device] services. I was told that at this point the information was still very new and they did not know what would be happening in the future, but for now they weren’t accepting any new IUD appointments," she told the Examiner-Enterprise. "This is not just an issue of women’s health care rights but it is also an economic issue for our town. Refusing birth control doesn’t stop women from getting it, but it takes patients away from our local doctors and hands money directly to Owasso and Tulsa, money that should be staying here in Bartlesville.”

A representative for St. John Health Systems, the Catholic health conglomerate that owns Jane Phillips Medical Center, said that the hospital's policy on contraception is "consistent with all Catholic health care organizations," but that physicians are able to prescribe medicine as they see fit:

Consistent with Catholic health care organizations, St. John Health System operates in accordance with the Ethical and Religious Directives for Catholic Health Care Services, and therefore, does not approve or support contraceptive practices. However, only physicians (not institutions) are licensed to practice medicine and make medical judgments. While our physicians agree to abide by the Directives, they also have the ability to prescribe medications, including hormonal medications, in accordance with their independent professional medical judgment. This includes informing patients when they are operating under their own professional medical judgment and not on behalf of St. John Health System.

But doctors in the area are unclear about the policy -- if it impacts practices outside of the hospital and what that impact may be.

Robert Oliver, a gynecologist in the area, says he heard of the directive from other doctors. “It’s really frightening for all of us,” he told Fox 23.

The Ethical and Religious Directives for Catholic Health Facilities are the religious guidelines that dictate what care can and cannot be administered in a Catholic hospital; these guidelines prohibit doctors from providing in-vitro fertilization, certain forms of contraception, abortion care and other health services.

The new policy is reported to have been ordered by Ascension Health, a non-profit Catholic health services company that recently acquired St. John Health System. Ascension has yet to comment.

Nearly half of the largest nonprofit health care systems in the nation are Catholic; 1 in 6 American patients currently receive care in a Catholic hospital.

This piece has been updated to include a statement from St. John Health Systems.