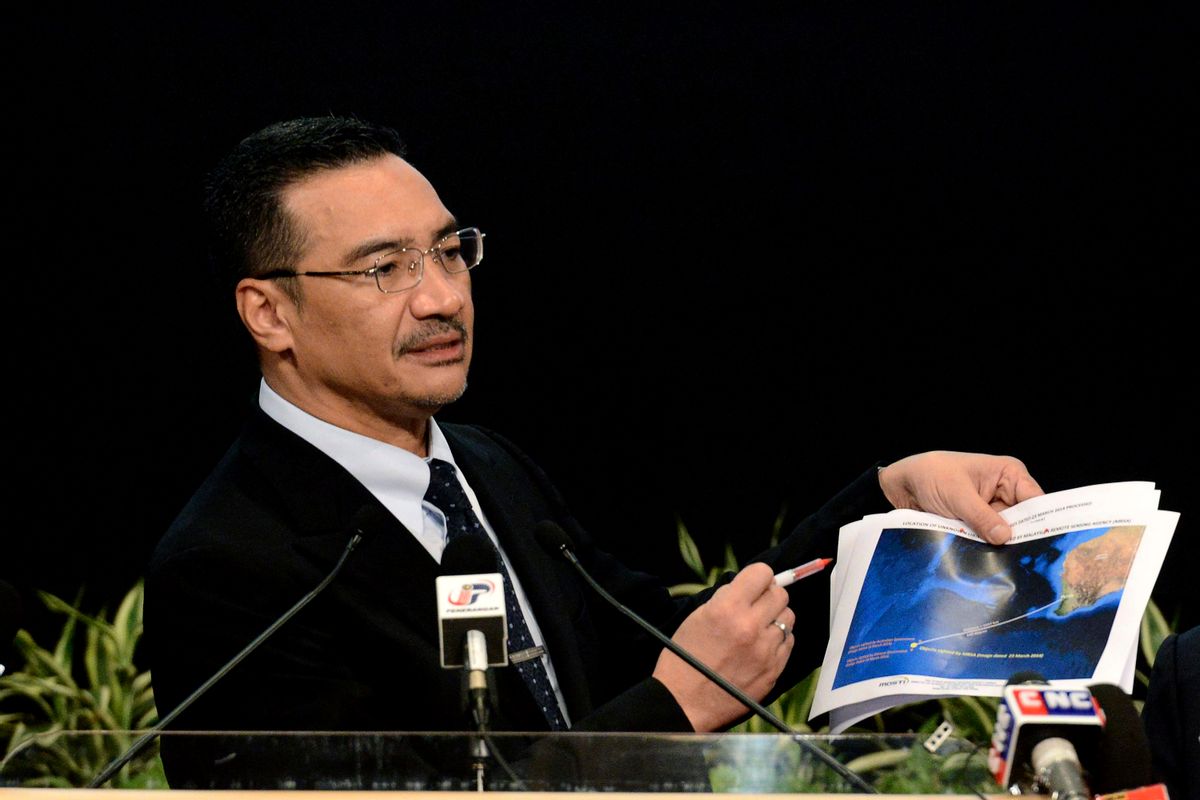 It has been 25 days since Malaysia Airlines Flight MH370 went missing during a routine flight from Kuala Lumpur, Malaysia, to Beijing. The 227 passengers and 12 crew members took off in the early morning of March 8, 2014, and failed to arrive at their final destination.

Via technology "pings" from the plane, physics and mathematics it has been determined that the plane, a Boeing 777 with a Rolls Royce engine, "ended" in the Indian Ocean. The search zone is roughly 1,100 miles southwest from Perth, Australia, and is around 98,000 square miles in size. Thus far, bad weather and false sightings of ocean junk have hampered the search, which is being conducted by seven countries.

The hourglass is running thin in the search for MH370's black box. Its "pingers" or transponders that go off when it makes contact with water only have a battery life of around 30 days. If the black box is recovered, its voice recordings from the cockpit, and data recordings, might give investigators clues as to why the transponders went dark and the plane diverted from its path.

In the meantime, the Malaysian government has released the audio transcript from the cockpit, prior to the loss of communication. The transcript, available on Scribd, shows no real abnormalities. It can be read below:

Despite the international cooperation in the search for the plane, according to the Guardian, there has been plenty of finger pointing when it comes to responsibility. Malaysian defense minister, and acting transportation minister, Hishammuddin Hussein told a China's CCTV:

"MAS [Malaysia Airlines] will have to do a better job in engaging those families. But just putting MAS on the witness stand [is not enough] - we also need to bear in mind what is the role and the responsibility of Rolls Royce, of Boeing, of all these expert agencies. Where is there voice?"

Hishammuddin is now in Hawaii for the Association of Southeast Asian Nations defense ministers’ meeting.

In terms of the physical search, Australia has appointed Angus Houston, a retired air chief marshal, to lead the search. According to the Guardian, he told reporters in Australia:

"We will continue pursuing the search with much vigour.

I have to say in my experience - and I have got a lot of experience in search and rescue over the years - this search and recovery operation is probably the most challenging I have ever seen.

We've been searching for many, many days and so far have not found anything connected with MH370."

Search is done for the day in Australia; according to a release from Australia's Joint Agency Coordination Center, it involved 10 planes and nine ships. There was also poor visibility, and undesirable weather conditions.