O'Reilly: Conservatives should root for Tesla

"We'd all be better off if cheap, clean energy becomes the norm" 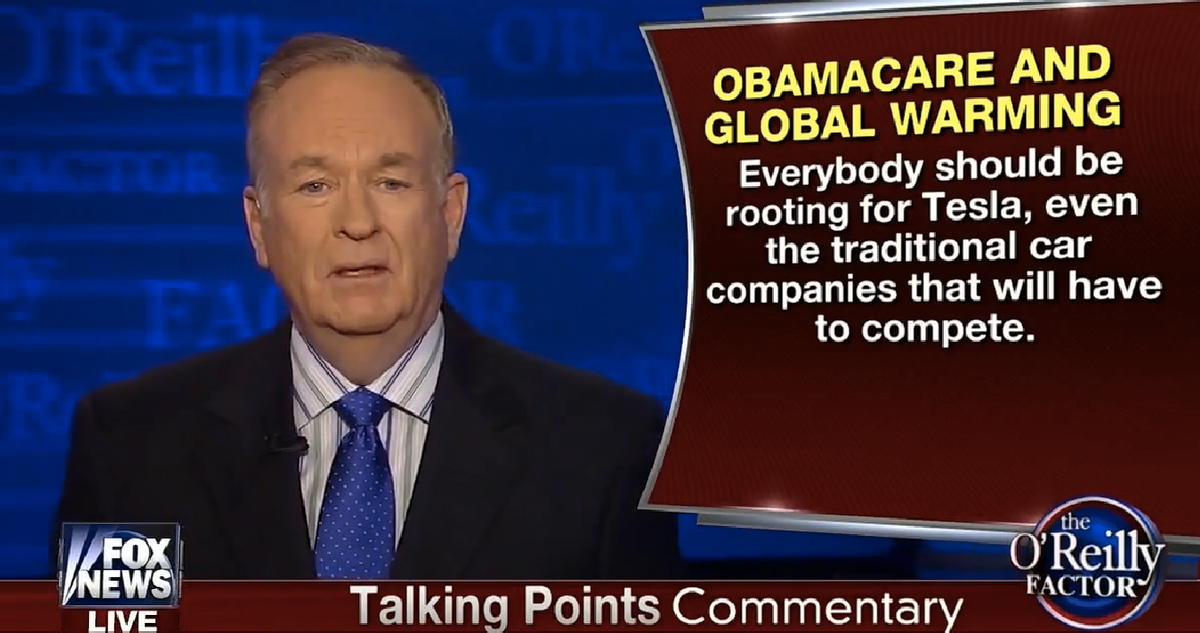 In an about-face from his previous, anti-Tesla sentiment, Bill O'Reilly Monday night urged his viewers to "rethink" alternative energy, announcing that "everybody on the planet should be rooting for" the electric car company. He went so far as to call it a "game changer."

Everybody, he said, including "the traditional car companies that would have to compete" -- which is hard not to see as a rebuke of Chris Christie's recent success in protecting traditional dealers against such competition.

"If Tesla can make a clean car the entire automotive industry can," O'Reilly continued. "Therefore the air cleaner everywhere, and our wallets, thicker. So let's get on it, people!"

Don't worry, O'Reilly still isn't buying into this global warming nonsense, because “nobody really knows whether it’s true.” (Nobody, that is, aside from almost every climate scientist.)

"I agree many in the green lobby are self-righteous, arrogant and dumb," he said, but "we'd all be better off if cheap, clean energy becomes the norm."

Hey, at least he got there, right?