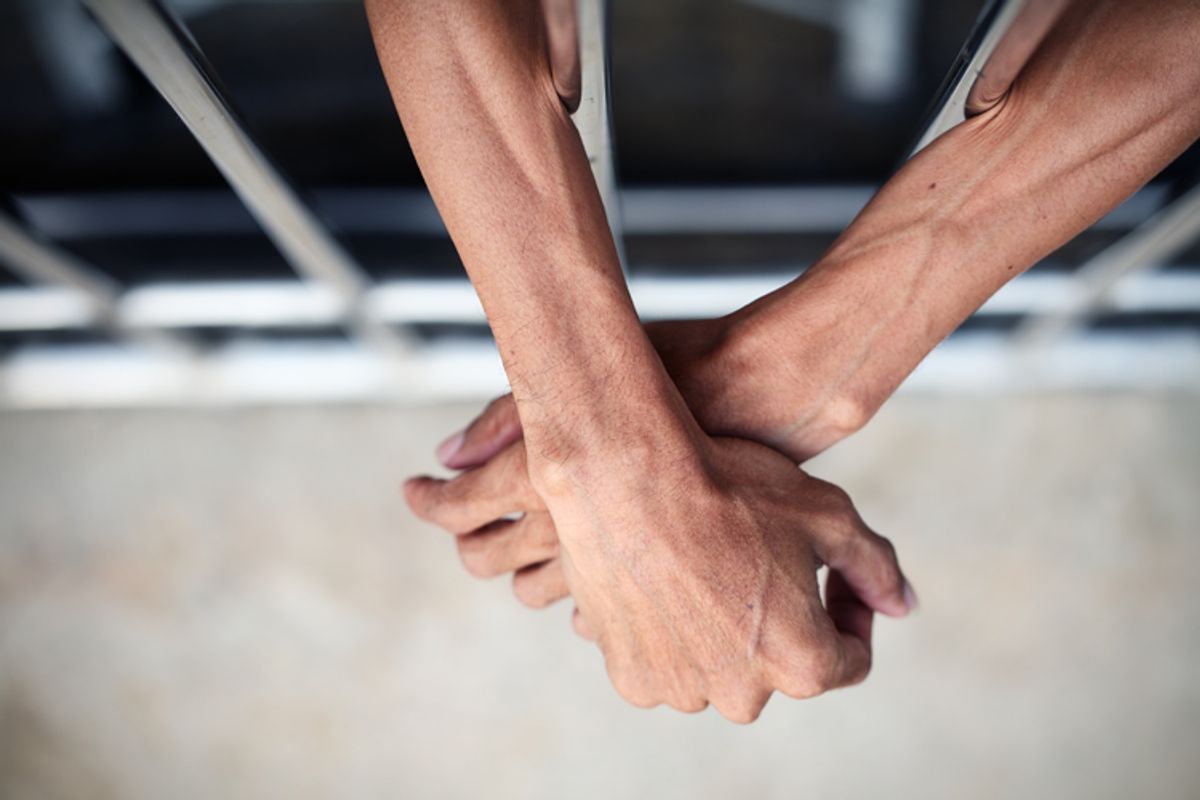 When I first met Gloria, over five years ago, she was in what she and others sometimes call “the homeless life.” That is, she circulated through a variety of homeless shelters, relatives’ couches, and apartments of men with whom she informally exchanged sex and domestic chores for a place to stay. Like other women in similar circumstances whom I met as part of a long-term project involving marginalized Boston-area women, Gloria (a pseudonym) was always concerned about lack of housing. Knowing that she would not survive on the homeless circuit much longer, she turned to a social service agency that placed her into a subsidized room in a “single room occupancy” (SRO), what used to be called a boarding house.

As is typical in SROs, she was not permitted to have overnight guests in her room. However, when her boyfriend was released from jail, he had nowhere else to go. For a while she snuck him into the building, a situation that humiliated both of them when she stood guard outside the communal bathroom door to make sure that no one saw him enter or leave.

Within less than two months he locked her in her room, destroyed her telephone, raped her and beat her up. Gloria was afraid to call in the police. She had learned through past experiences that women who report sexual violence may become vulnerable to negative repercussions from a variety of state agencies. In fact, a survey conducted by the National Law Center on Homelessness and Poverty found that at least 11 percent of evictions from public housing and Section VIII (subsidized) residences targeted women because they experienced domestic violence. In some cases, women were evicted for defending themselves. In other cases they were evicted simply because the violence created a “public disturbance.”

Gloria’s dilemma will soon be faced by many, many more American women.

Despite the well-publicized fact that the United States has the highest incarceration rate in the world, there is good news: America’s race to incarcerate may be slowing down. California, the state with the largest number of people behind bars, has been ordered by a panel of federal judges to reduce the state’s prison population by approximately 10,000 to deal with prison overcrowding. (After several appeals, the court extended the deadline for compliance to February 2016.) Nationally, incarceration rates are going down for Black men and women and for White men (not for White women). Declining incarceration rates can be attributed to a variety of factors, including changing social attitudes regarding drugs (particularly marijuana); large numbers of inmates finishing the lengthy mandatory sentences they were ordered to serve at the height of the war on drugs in the 1980s and 1990s; budgetary constraints including rising cost of prison healthcare as prisoners age; and the ongoing advocacy work of community and prisoners’ rights organizations.

American men remain incarcerated at 20 times the rate of women. And as Gloria knows well, the legacy of their imprisonment continues to play out in the lives of their families and communities long after their release. In a large-scale Oregon study, Margaret Braun found that at least 25 percent of male ex-prisoners engaged in acts of violence against wives and girlfriends within the first several years post-release.  The impetus for this violence simmers during confinement. In focus groups conducted by researchers from the Vera Institute of Justice and the Institute on Domestic Violence in the African-American Community, currently and recently incarcerated men stressed their demands that wives and girlfriends demonstrate loyalty to them while in prison, running errands for them, putting money into their prison account, and – above all – avoiding even a suspicion of new romantic interests.

Loyalty often was framed in terms of control. As one man explained, “One view of women is they just there to do what I want them to do. Slaves … somebody to be there at your every beck and call.” And in the words of another man, “I’ve seen over and over since I’ve been here [in prison], guys will get on the phone and they’ll accuse their wives or girlfriends of cheating with someone else. I mean, it’s never just a regular conversation.”

More broadly, prison culture amplifies the sexist attitudes and gender violence of so-called free society. Young men thrown into overcrowded jails often learn that in order to survive they have to become tough, numb to the pain of others; they learn to be the aggressor in order not to be the victim. This dynamic is deeply gendered. Criminologist Donald Sabo and his coauthors write, “Rape-based relationships between [same-sex male]  prisoners are often described as relationships between ‘men’ and ‘girls’ who are, in effect, thought of as ‘master’ and ‘slave,’ victor and vanquished.”

These attitudes do not suddenly evaporate upon release. Over the past decades, both the incidence and intensity of violence against women has risen in communities with high rates of incarceration. Indeed, Beth Richie, author of "Arrested Justice: Black Women, Violence, and America’s Prison Nation," links the rising rates of brutal sexual violence carried out against black women to the disproportionately high rates of incarceration of black men during the regime of what law professor Michelle Alexander calls the “New Jim Crow.”

Tonya, an African-American woman in her 30s who has had abundant experience with men in prison (her child’s father was incarcerated shortly before he was born; she spent a great deal of time, energy and effort visiting her man while he was in prison; and now that he has been released he has moved into her house), helped me understand the links among mass incarceration, prison culture and violence against women. “I believe that there is a level of violence and anger in any person, that anger can be increased … depending on … how much time was given for the crime, and the level of violence that the individual has to deal with in the correctional facility. Do I believe that violence can trickle out into the community? Yes and no. Some men have the ability to take traumatizing experiences and utilize it to teach others about the violence, homosexuality and verbal abuse from state officials and correctional officers they have to deal with on an everyday basis ... [But] this type is atypical … In my opinion men who are typical … have displayed behaviors of cheating, lying, stealing, manipulation of women and people who don't know any better … Males only have so much patience before snapping and reliving what they view as an attack on them."

Tonya explains that for men, “It can easily go both ways depending on what kind of support you do have when you get out of jail, what resources are available to you, and what is not available. See, it's a cycle,  ‘I don't have an education, so I can't get the job I want, I can't pay child support because no job and no education, my girlfriend or wife is stressing because I got a record which is stopping me from working and paying child support, which if you don't  pay child support they take your licenses and you go back to jail, so I have to go back to robbing someone or selling drugs, because there's no food in the house for the kids, which is making me feel less of a man, so I become angry which leads to violence on my women, my kids, and anyone else that is coming at me in what I view is negative."

Structural barriers created by misguided policies add fuel to the fire. Many men exit prison to find themselves barred from ever obtaining employment in the legal economy, unable to afford stable housing, and unable to support their families. When men leave jail they compete with women for the limited number of (typically low-paying) jobs available in low-income communities that already experience high unemployment rates. Barriers to employment for former prisoners are driven by social stigma and lack of work experience, and by laws permitting or even mandating criminal background checks, a practice that puts men (who are more likely than women to have a criminal record) at a disadvantage.

Throughout the country, low-income Americans are especially likely to be incarcerated. As a consequence, prisons and welfare offices often “serve” demographically similar populations – except in regard to gender. Welfare eligibility tends to be limited to poor women with children; and nearly all Section VIII subsidized housing vouchers (housing subsidies for low-income households) go to female-headed households. Because laws exclude individuals holding criminal records from eligibility for public and subsidized housing, people released from prison (again, more likely men than women given the demographics of incarceration) often find that they are dependent upon women for a roof over their heads.

However, the same housing laws allow (and sometimes require) law-abiding citizens to be evicted if a former prisoner or someone who commits a crime is caught staying in their house. In fact, women like Gloria risk losing not only their housing but also their welfare and food stamps or even custody of their children when a man – even the child’s father in some cases– is “caught” living in “her” apartment. Yet a low-income man who has to pay his own rent may not be able to pay child support. And failure to pay child support, in turn, can be used by the courts as a reason to send a parent to jail.

As I have come to know Gloria and other women in similar situations I have become aware of ways in which gender-based violence is reinforced by economic policies and welfare laws that pit women and men against one another. These policies set up poor and marginalized women to become the targets for the fury, confusion and exaggerated machismo that are nurtured in prison. And while these policies may seem irrational, there is, in fact, a deep logic behind them. The promotion of  competition and conflict along gender lines shifts attention away from harmful public policies to the wrongs committed by individual members of the “opposite sex.” Taking a step back, we see that throughout history ruling elites have fostered animosity between ethnic groups, between the very poor and the working class, the young and the old, immigrants and non-immigrants – between groups whose solidarity could threaten the wealth, status and power of the privileged few. Gloria’s conflict with her boyfriend is just the latest chapter in that history.

Large-scale prison release is imperative if we wish to rebuild a democratic society. But while we are opening prison doors we need to institute policies that prevent the violence of prison culture from spilling over into communities. These policies must include eliminating structural barriers to housing and employment for formerly incarcerated people, investing in jobs and housing, expanding eligibility for welfare and other social services, facilitating reunification of families and households destroyed by decades of mass incarceration, and developing programs of restorative justice that provide men with the resources to develop more positive ways of responding to the women and other men in their lives.