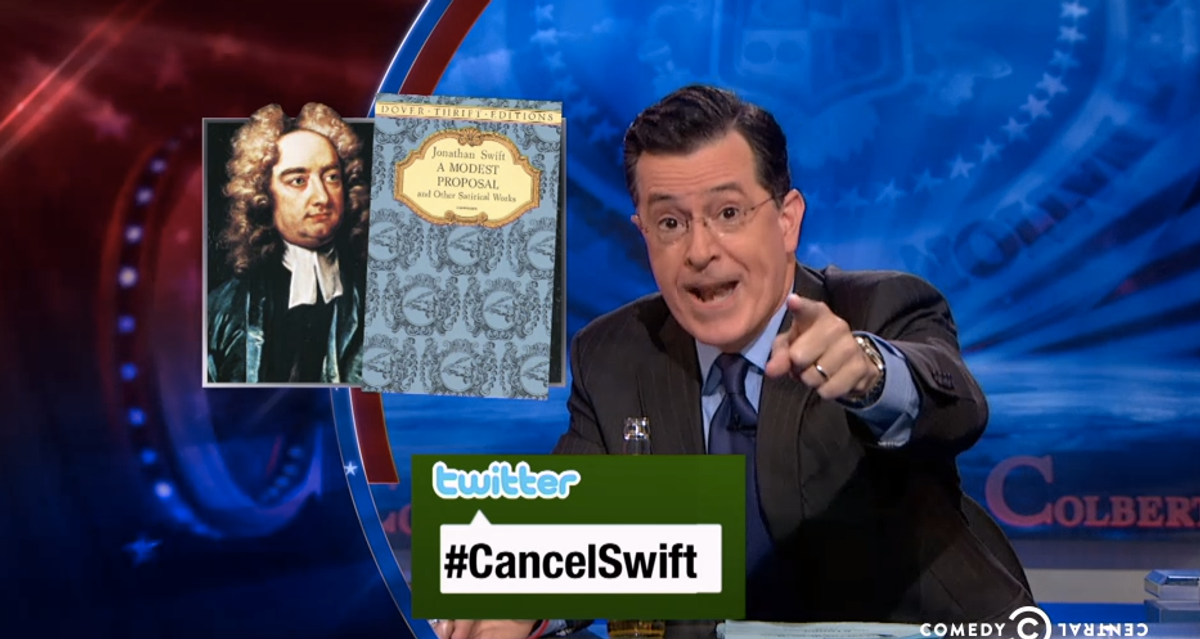 In a rare meta-moment on "The Colbert Report," Stephen Colbert focused on a controversy that he found itself in the middle of. On Thursday night, well into Friday, Twitter blew up with a call to #CancelColbert, a response to a tweet sent by @ColbertReport of a joke taken out of context. The offending tweet: "I am willing to show #Asian community I care by introducing the Ching-Chong Ding-Dong Foundation for Sensitivity to Orientals or Whatever."

The line was from a Wednesday night segment mocking Dan Snyder's Washington Redskins Original Americans Foundation, named after a racial slur yet intended to provide charitable services to those who it was offending.

"Who would have thought a means of communication limited to 140 characters would ever create misunderstanding?" said Colbert on Monday.

"When I saw the tweet without context, I understood how people were offended," Colbert explained. "The same way I, as an Irish-American, was offended after reading only one line of Jonathan Swift's 'A Modest Proposal,' I mean, 'eat Irish babies! #CancelSwift'" Trend it!" Colbert exclaimed, referencing the famous satirical essay in which Swift calls for the eating of poor Irish babies in order to improve the economy.

To the people calling Colbert a racist, the comedian joked it off. "I am not a racist," he said. "I don't even see race. Not even my own. People tell me that I'm white and I believe them because I just devoted six minutes to explaining how I'm not a racist. And that is about the whitest thing you could do."