Stephen Colbert shuts down his satirical foundation in response to #CancelColbert 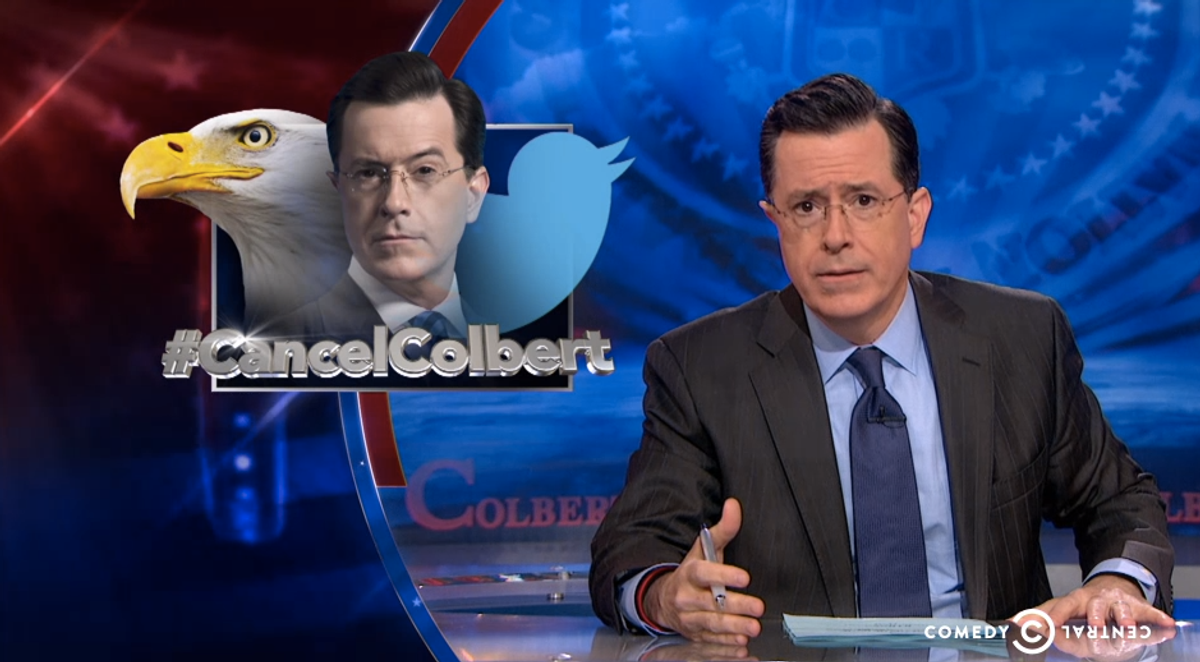 "The Colbert Report" has responded to activist Suey Park, who launched #CancelColbert on Thursday after the program tweeted a joke from the show that was taken out of its satirical context. On Monday, Colbert announced that he is "shutting down the worldwide operations" of the parodic foundation he started to mock Dan Snyder's Washington Redskins Original Americans Foundation, the Ching Chong Ding Dong Foundation of Sensitivity to Orientals or Whatever.

Colbert then fired the only member of the Ching Chong Ding Dong Foundation of Sensitivity to Orientals or Whatever, an Asian man named James (which Colbert pronounced "Jam-ez.")

"But I'm the only Asian person you know!" protested James.

The good news for James, however, is that Colbert will let him return to the show for no pay as part of the "Michelle Malkin Memorial Unpaid Internment Program." (Malkin, the founder of conservative media site Twitchy, was among the hashtag's biggest supporters.)

Colbert stayed in character, making the point that he has made several satirical race-based jokes on his program, which, removed from context, would of course have been offensive. "I just pray that no one ever tweets that Rosa Parks is overrated, Hitler had some good ideas, or ran a cartoon during Black History Month showing President Obama teaming up with the Ku Klux Klan. 'Cause man, that sounds pretty bad out of context!"