The highly infectious disease has spread beyond the country's borders 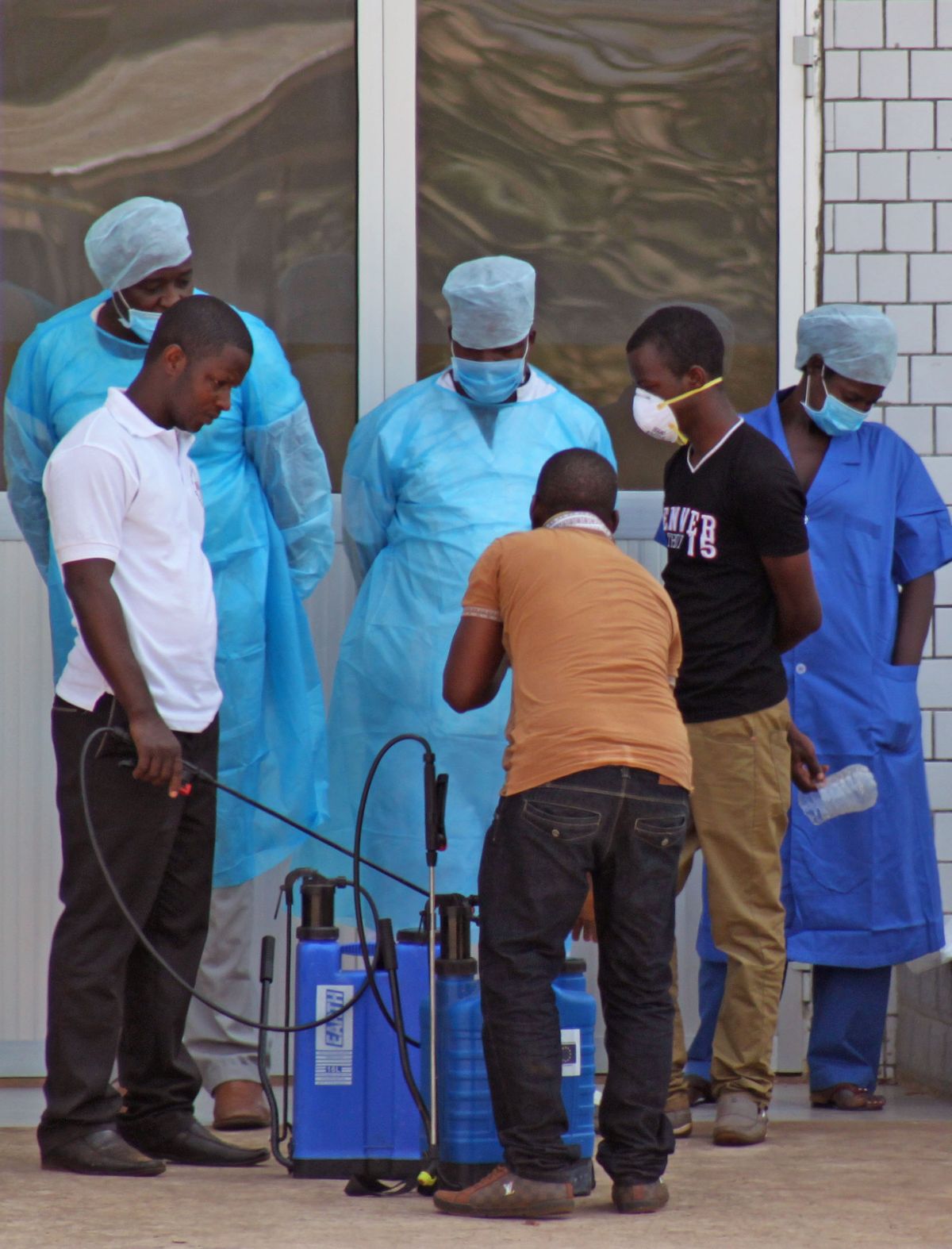 An "unprecedented outbreak" of Ebola virus has killed at least 80 in Guinea, aid organization Doctors Without Borders said Monday, and is now spreading beyond the country's borders. Two confirmed cases, resulting in one death, have emerged in neighboring Liberia, according to the World Health Organization, which added on Twitter that only 22 of the Guinea cases have been lab-confirmed.

"My government and I are very worried about this epidemic," Guinea's President Alpha Conde said late Sunday. "I also call on people not to give in to panic or believe the rumors that are fuelling people's fears."

Bloomberg News has more on what it calls the worst Ebola outbreak in seven years:

The outbreak is the first in Guinea, which has 122 suspected or confirmed cases, the WHO said yesterday. The pattern of infection, with patients found in the coastal capital of Conakry as well as villages in the country’s southern area, marks this outbreak as different, according to Mariano Lugli of Doctors Without Borders.

“We are facing an epidemic of a magnitude never before seen in terms of the distribution of cases,” Lugli, coordinator of the organization’s project in Conakry, said in a statement. The group “has intervened in almost all reported Ebola outbreaks in recent years, but they were much more geographically contained and involved more remote locations.”

Guinea’s government has asked people not to eat monkeys, chimpanzees and bats and to avoid travel in the affected areas, while Senegal closed its southern border with Guinea. The WHO said it doesn’t recommend any restrictions on travel to or trade with Liberia or Guinea.

No cases have been reported in Sierra Leone, which shares borders with Guinea and Liberia near the worst affected area.

There's currently no cure for the disease, which can be caught from both humans and animals and kills up to 90 percent of those infected.