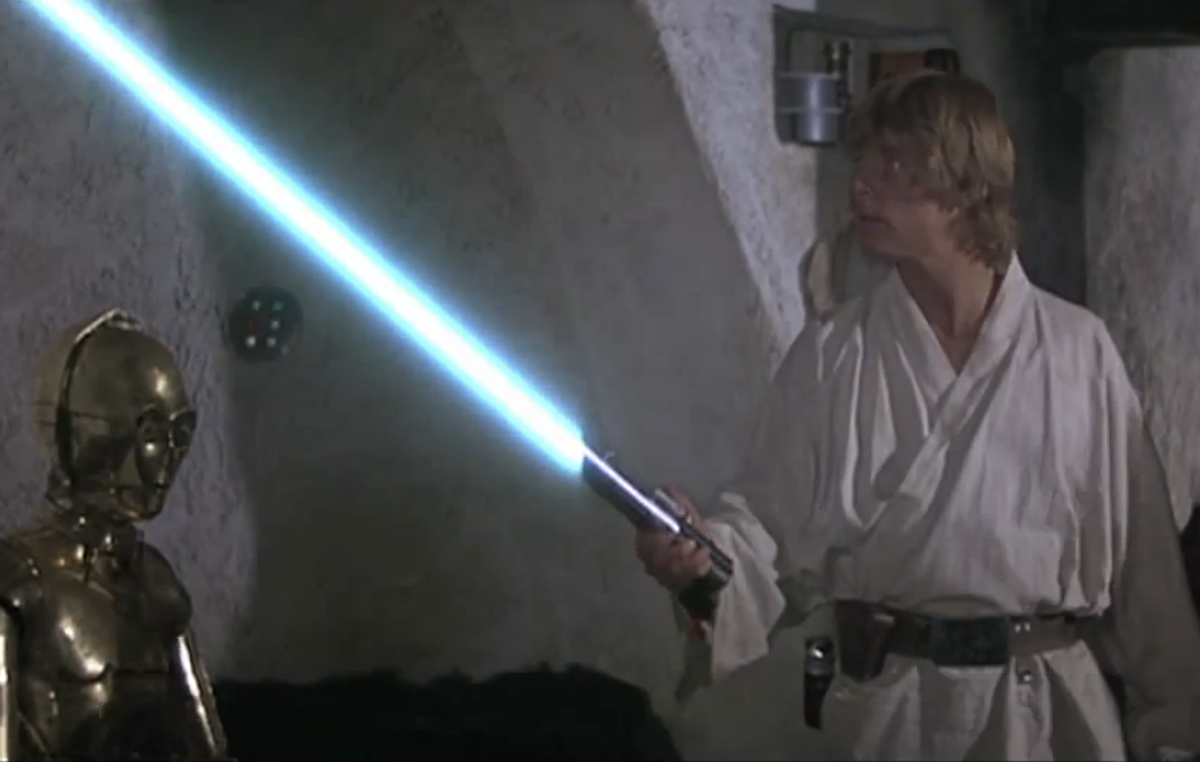 For those who don't have the "Star Wars" DVD boxed set (released 10 years ago in 2004) a delightful treat cropped up on the Internet this weekend: George Lucas describing how he came up with the concept of a lightsaber. Lucas was inspired by the honor and skill involved in sword play but needed the weapon to be futuristic. Or as Obi-Wan Kenobi said, "An elegant weapon for a more civilized age." Lucas explains in the short "Birth of a Lightsaber" below:

The actual technology for lightsabers didn't exist in the 1970s when the first film was released. When filming the choreographed fight scenes with the lightsabers, the cast used giant, white swordlike sticks. The sticks allowed the actors to know when their arm should stop, and where the blade would actually hit.

Later the special effects team would add colors and the saber's laserlike glow. However, it wasn't always that simple. The technology for doing so progressed as they filmed the movies, which is clear from watching Obi-Wan's lightsaber in "Episode IV: A New Hope" versus Luke's in "Episode VI: Return of the Jedi."

In fall 2013 -- 30 years after the first "Star Wars" was released -- physicists at Harvard and MIT discovered a way that protons can bind together creating a new molecule that behaves a lot like a lightsaber. No actual lightsabers have been made with this technology. Harvard professor Mikhail Lukin told the Guardian, "It's not an in-apt analogy to compare this to lightsabers. When these photons interact with each other, they're pushing against and deflect each other. The physics of what's happening in these molecules is similar to what we see in the movies."