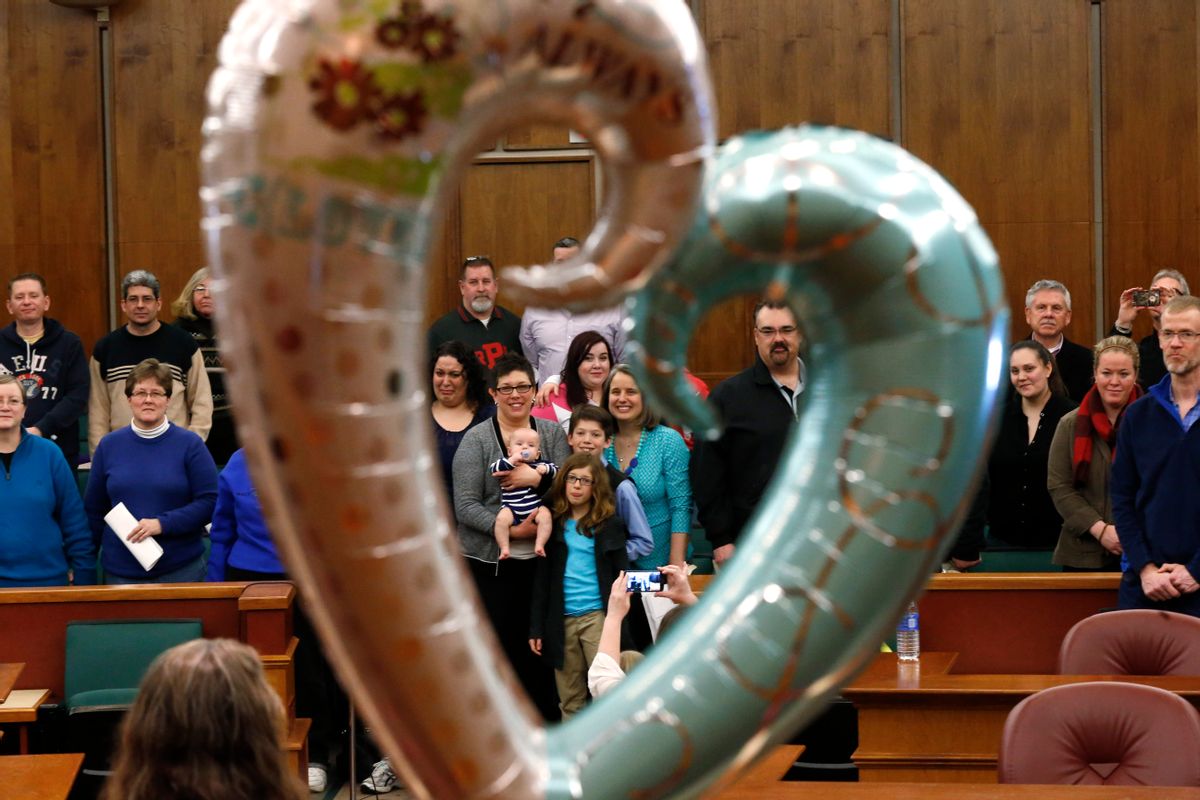 Same sex couples are married in a group by the Oakland County Clerk in Pontiac, Mich., Saturday, March 22, 2014. A federal judge has struck down Michigan's ban on gay marriage Friday the latest in a series of decisions overturning similar laws across the U.S. Some counties plan to issue marriage licenses to same-sex couples Saturday, less than 24 hours after a judge overturned Michigan's ban on gay marriage. (AP)
--

A group with ties to the white nationalist movement has filed a court brief to support Michigan's fight against equal marriage.

The brief from the white nationalist group closely echoes much of what's been said by so-called mainstream opponents of LGBTQ rights, including Rick Santorum.

"The totality of the history of the Western and American traditions demonstrates quite clearly that same-sex conduct can be penalized," wrote attorney Kyle Bristow in the brief. "If a state cannot be permitted to define marriage as simply as constituting one man and one woman, then our culture will be taken down a very slippery slope that will see pedophiles, polygamists, zoophiles, those in incestuous relationships, and every other sexual deviant with proclivities now known or to be invented to challenge laws that, likewise, prevent them from marrying whom -- what -- they wish."

And here's Santorum making an identical point in a 2003 interview with the Associated Press: “In every society, the definition of marriage has not ever, to my knowledge, included homosexuality. That’s not to pick on homosexuality. It’s not, you know, man on child, man on dog, or whatever the case may be. It is one thing.”

Schuette has denounced the brief as fit to "line a birdcage," but guess what: he is still fighting on the same side as a white nationalist affiliated group to prevent gay couples from getting married.