California's in for a brutal wildfire season 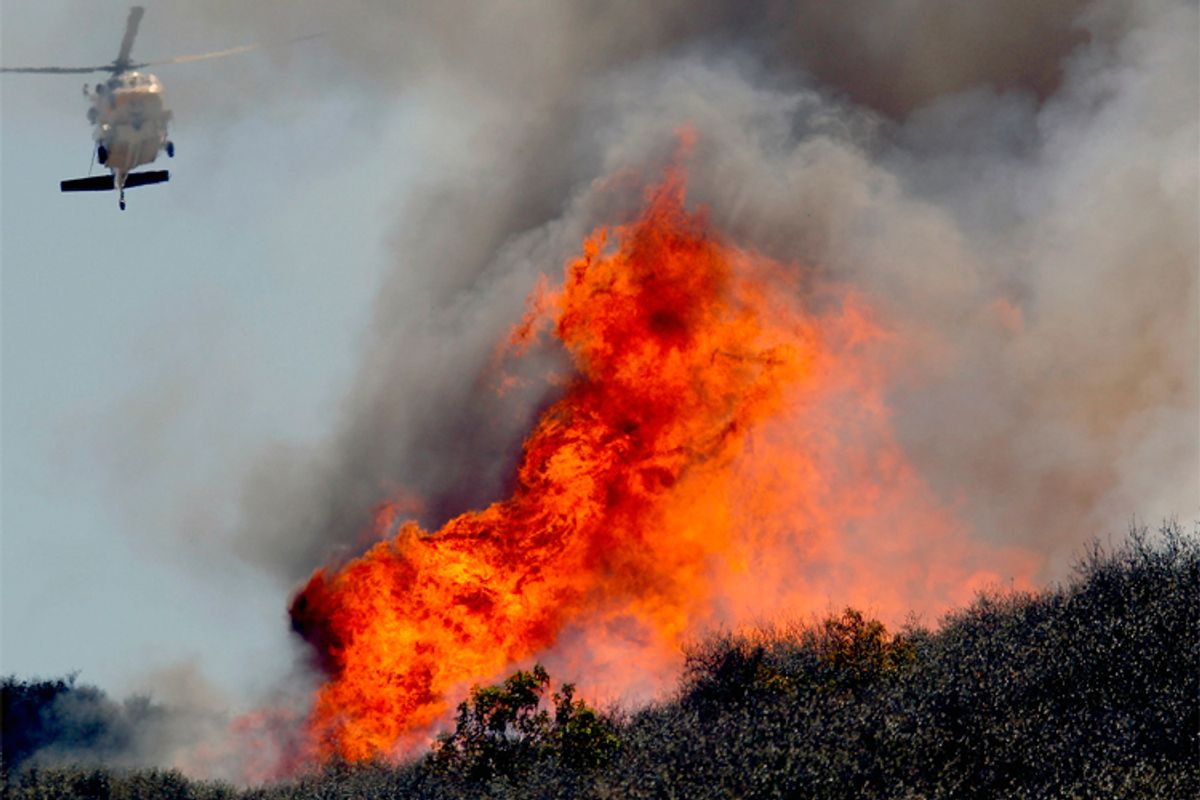 A helicopter makes a water drop on a hotspot over a hill near Thousand Oaks, Calif. on Thursday, May 2, 2013. (AP Photo/Nick Ut)
--

Low snowpack and critically dry conditions in California are the makings of a damaging wildfire season for California, experts predict.

Colorado, which just survived two years of massively destructive wildfires, is expected to have an easier go of it this season, according to the National Interagency Fire Center’s nationwide wildfire forecast update . But even with the welcome relief of rain, California, 99.8 percent of which remains mired in drought, isn't likely to catch a break.

Climate Central reports on the forecast:

Up to 8 inches of rain fell in parts of Southern California in late February, with more rain in March, including up to an inch in some places over the last several days. But the rain just hasn’t been enough to sully the upcoming wildfire season, said U.S. Forest Service meteorologist Tom Rolinski, who works for the National Interagency Coordination Center Predictive Services in Riverside, Calif.

With nearly three years of drought, much of it still considered exceptional throughout California, everyone was expecting 2014 to be a wild wildfire season across the state. With all the rain since February, the only thing about that wildfire forecast that has changed is the timing of the start of the wildfire season, Rolinski said.

Snowpack in the Sierra Nevada mountain range is at less than a third of its normal level and not expected to rebound, the Department of Water Resources announced Tuesday. Because of this, Northern California can expect to see above-normal wildfire conditions as well.