GM: 13 lives not worth a dollar 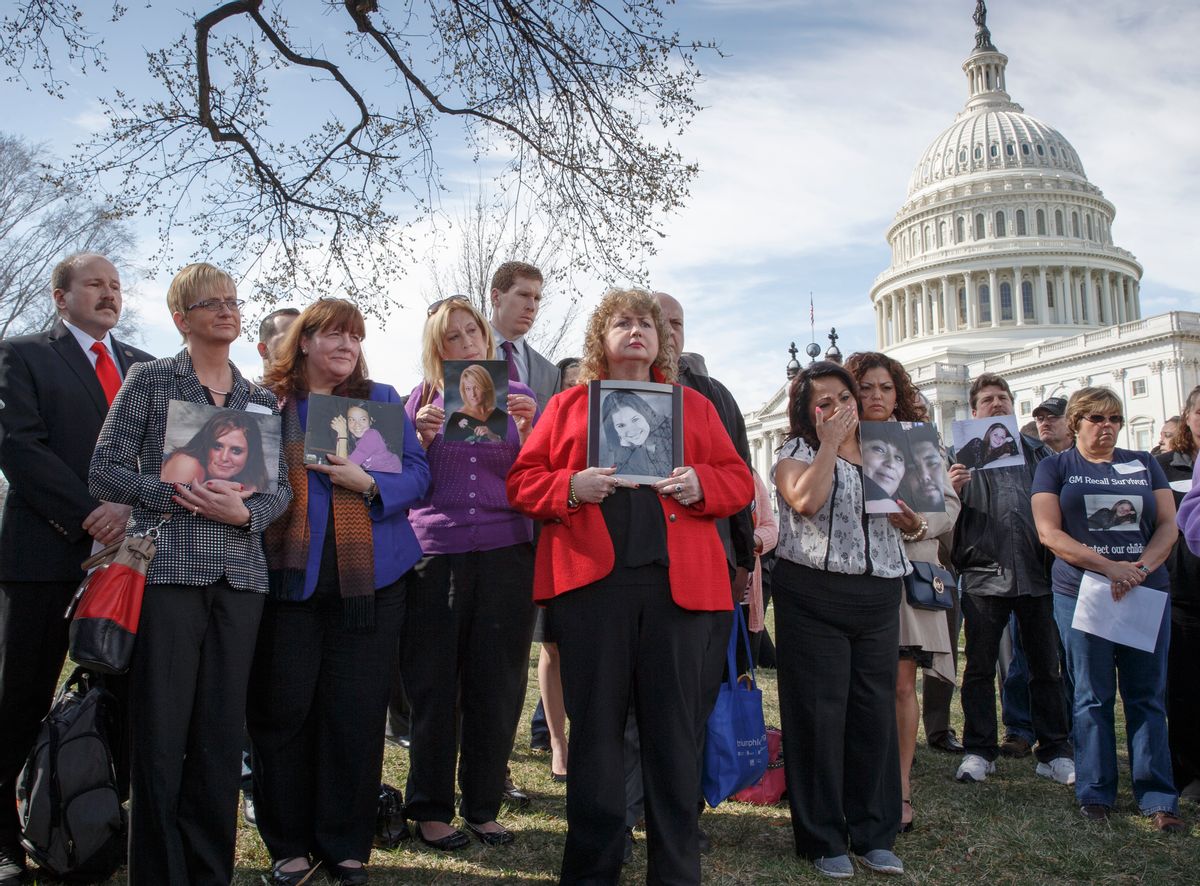 Calling themselves GM Recall Survivors, families of victims of a General Motors safety defect in small cars hold photos of their loved ones (AP)
--

In 2005, General Motors engineers debated whether to change a faulty ignition switch in its small cars. It would have cost less than $1 more per car to install a superior switch. The change was not made until 2007; 13 people died in incidents directly linked to the ignition. Only this year were 2.6 million cars with the potentially deadly switch recalled.

At a Capitol Hill hearing Tuesday, relatives of the dead listened to GM's CEO Mary Barra fail to adequately explain why the company took so long to fix the car fault.

During the hearing, lawmakers pointed out that Barra failed to speak accountably about GM's failure. As the AP reported:

Rep. Diana DeGette, D-Colo., held up a switch for one of the cars and said a small spring inside it failed to provide enough force, causing engines to turn off when they went over a bump.

DeGette showed how easy it was for a light set of car keys to move the ignition out of the "run" position.

GM has said that in 2005, company engineers proposed solutions to the switch problem, but the automaker concluded that none represented "an acceptable business case."

"Documents provided by GM show that this unacceptable cost increase was only 57 cents," DeGette said.

Barra testified that the fix to the switch, if undertaken in 2007, would have cost GM about $100 million, compared with "substantially" more now.

Under questioning, she said the automaker's decision not to make the fix because of cost considerations was "disturbing" and unacceptable.