"How I Met Your Mother" never jumped the shark — it was always terrible!

While the CBS comedy had its fair share of selling points, it always seemed to fall short when it mattered 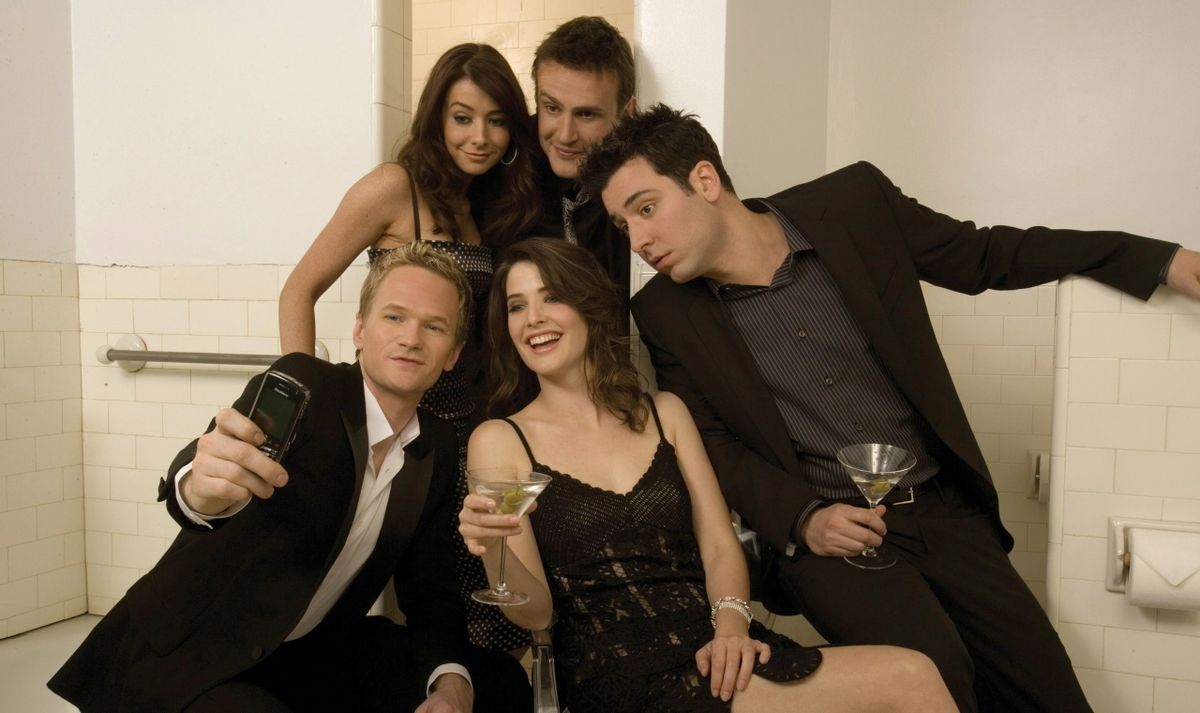 Before I started watching (and became a fan of) How I Met Your Mother,my friend summarized the basic premise to me briefly last year. When she was done, I told her it was like another show I’d never seen before:Lost.

“They both have mysteries,” I said.

The comparison was intended to be tongue-in-cheek, but it’s never been more apt than now, a day after HIMYM’s series finale. Like Lost, HIMYMhad spent years drawing fans in with its complex narrative and tantalizing hints and clues surrounding its central mystery (i.e. the identity of the Mother). And like Lost, by the time the series ended,HIMYM turned out to be—warning, spoilers—an enormous disappointment.

In addition to being lazy, maudlin, and just plain stupid (many online conspiracy theorists had figured out the episode’s major plot points, long before it actually aired), the finale for How I Met Your Mother—which spent nine seasons setting up how Ted meets the titular mother, only to kill her off and set him back up with on-again, off-again ex Robin—proved that co-creators Carter Bays and Craig Thomas had no investment in the narrative they had spent nearly a decade crafting, nor the devoted audience they had cultivated.

While many on the Internet decried the finale as a “con,” a paint-by-numbers resolution of a narrative millions of devoted fans had been emotionally invested in for years, the truth is that HIMYM had thrown in the towel a long time ago.

When, exactly, did HIMYM’s writers and producers give up on the series?

Was it season 5, when Robin and Barney started dating? Was it season 7, when Ted tearfully told Robin that he still loved her and she rebuffed him for the umpteenth time? Was it season 8, with that whole ludicrous Patrice-Robin-Barney pseudo-love-triangle, or the last season, when the show caught flak for putting Robin, Lily, and Ted in yellowface?

Or was it as early as season 3, when Britney Spears’s three-episode arc set a precedent for the show inviting a slew of female celebrity guests, each of which had larger breasts and worse acting skills than the one before?

While all of these moments could potentially serve as candidates for the exact moment when the show jumped the shark, the answer is ultimately none of the above. In truth, HIMYM never jumped the shark, becauseHIMYM was always terrible. And frankly, I wasn’t as disappointed by the finale as other fans were. In a way, it was fitting, because it exemplified the lack of respect for its audience’s intelligence and desire to pander to the lowest common denominator that have been part of HIMYM’s modus operandi all along.

That’s not to say I’m not a fan of HIMYM: I am. Since I started watching with my boyfriend on Netflix a few months ago, I’ve seen eight out of nine seasons (the Victoria-Robin-Ted storyline nauseates us to the point where we refuse to acknowledge the first season’s existence), and the fact that I was invested enough in the characters’ emotional lives to be infuriated by the finale is a good indication of the fondness I have for the show.

But I enjoy HIMYM the same way that I enjoy eating the blocks of cheddar they pass out on long plane rides: I know the cheese is not high-quality and it’s not necessarily good for me, but if I’m hungry and bored and there’s no other food around then damn, do they taste good.

For nine seasons, HIMYM has ridden on the strength of its running gags and the charisma of its lead performers, particularly Neil Patrick Harris, who emerged as a breakout character fairly early on (weirdly, Barney was only a supplementary character in the show’s finale. While I understand the writers had to focus on wrapping up the Mother-Ted narrative and showing them meeting for the first time, his peripheral role is further proof of how little the show’s writers acknowledged their audience at this point, considering that Barney’s been a fan favorite from the very beginning).

But HIMYM has not been known for the following things: 1) its sensitivity to issues of race and gender (the whole series is just a big ball o’ problematic, for reasons too complicated to recount here) and 2) its writing, which has been uniformly shitty from the get-go. It seems likeHIMYM’s writers have always coasted on its high-concept premise and its relatively complex structure, and paid little attention to actual character or plot development. Nowhere is this more evident than in its treatment of romantic relationships.

During its nine seasons, HIMYM has played musical chairs with its three central characters’ love lives (Lily and Marshall, the anchors of the show and my favorite characters, are the exception), swapping celebrity guest star lover for celebrity guest star lover and praying audiences won’t be able to tell the difference. Sometimes, they can’t. Whenever I see a blandly pretty blond actress playing a quirky girlfriend role, I automatically assume it’s either Jennifer Morrison, Sarah Chalke, or a sentient mop in a platinum-blonde wig. Eighty percent of the time, I’m correct, and a hundred percent of the time I think that the mop would have made a better casting choice.

For years, the writers have been trying to keep the audience’s attention by tossing spitball romantic pairings at the wall—Robin and Ted, Ted and Stella, Robin and Barney, Robin and Ted again, Robin and Don, Ted and Zoey, Barney and Nora, Barney and Quinn, Kevin and Robin, Barney and Patrice, and so on and so forth—and praying that one will finally stick. When one finally does—the Barney-Robin pairing, for instance, which I found totally implausible at first but then gradually started to grow on me—it usually unravels, abruptly and without apparent reason, in the interest of throwing in another plot twist.

These sorts of haphazard relationships and narrative gimmicks have been part of the fabric of HIMYM from the very beginning, and to a certain extent it’s made sense. After all, nine years is a long time, and you certainly can’t keep an audience’s attention, or keep them invested in the process of  finding out who the Mother is, by creating five stable characters in stable monogamous relationships. And the relationship dynamics on the show are realistic, in the sense that your friends’ significant others tend to drift in and out of your life, and years later, you don’t think of them so much as people as a revolving cast of sentient mops.

But when it comes to the central premise of the show—i.e., the leadup toward Ted meeting the Mother—the show set up one ground rule from the very beginning: Robin was not the Mother, and Ted would ultimately end up with the Mother. After the show pulled a bait-and-switch by getting rid of the Mother and asking fans to root for Robin and Ted for the 69 billionth time, fans were outraged. They felt that HIMYM had betrayed them by asking them to invest nearly a decade in what ultimately turned out to be a few misty-eyed scenes between the Mother and Ted that added up to about eight or 10 minutes, or a 10th of the lifespan of a housefly.

But the truth is, HIMYM had been betraying us all along, by not caring about its audience or respecting its intelligence even one iota. HIMYMdidn’t care if we thought Ted should end up with the Mother or Robin or the girl from Scrubs or a Swiffer. HIMYM didn’t care if we were offended by racist or sexist or transphobic jokes, and it didn’t care that Marshall kept mentioning his desire to practice “environmental law” (a phrase that serves as the basis of a great drinking game if there ever was one) without ever referencing what an environmental lawyer actually did, or that for someone whose architectural skills supposedly warranted a cover story inNew York magazine, Ted Mosby was an incredibly shitty architect, if the Goliath National Bank was any indication.

Although HIMYM has never made a secret of not caring about its audience’s intelligence, last night, by undoing nearly a decade of work the show’s creators had done trying to get people to love the show its characters and keep watching in the first place, HIMYM proved it didn’t care about our time, either. And as the titles faded on Robin and Ted and that stupid blue French horn, even though I’d felt like they’d kinda been slapping me in the face the whole time, at that moment it felt like they’d been saving the last one just for me, and it was a doozy.