Britain joins the international search efforts, and the Malaysian police chief gives updates on the investigation 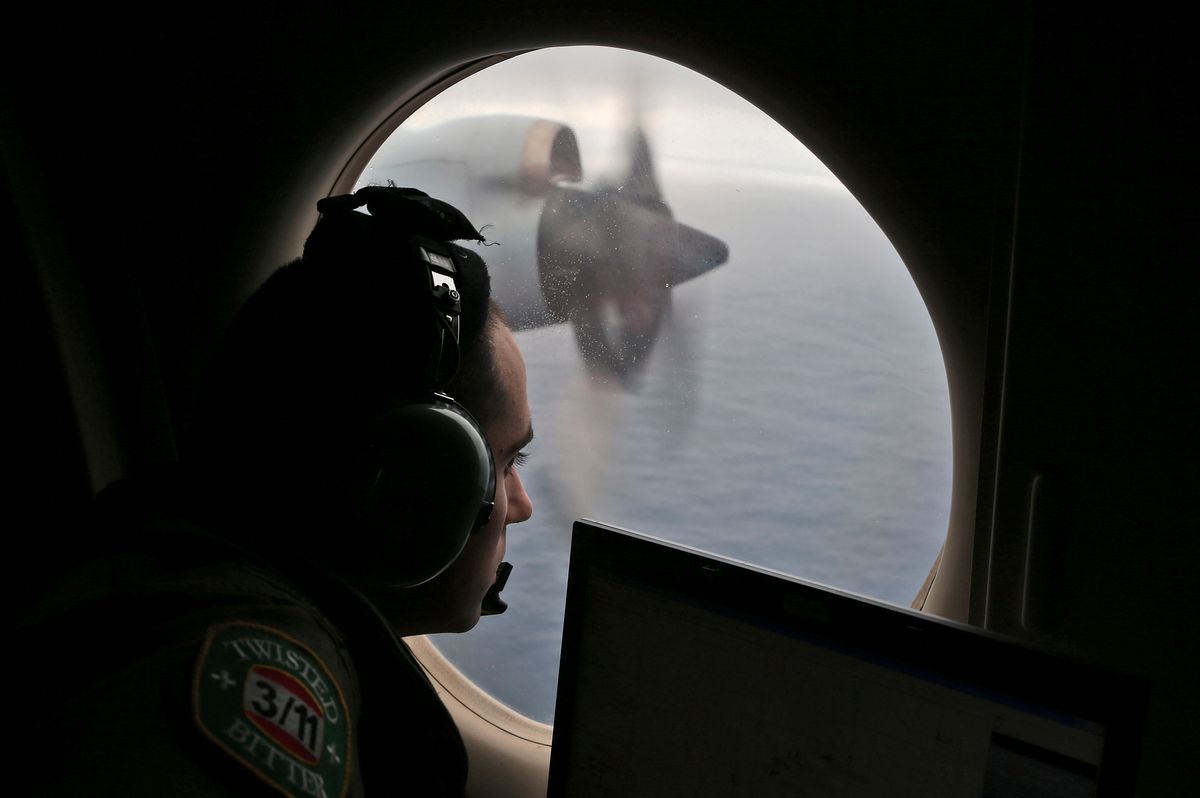 Flight officer Rayan Gharazeddine on board a Royal Australian Air Force AP-3C Orion, searches for the missing Malaysia Airlines Flight MH370 in southern Indian Ocean, Australia, Saturday, March 22, 2014. A satellite image released by China on Saturday offers the latest sign that wreckage from a Malaysia Airlines plane lost for more than two weeks could be in a remote stretch of the southern Indian Ocean where planes and ships have been searching for three days. (AP Photo/Rob Griffith, Pool) (Rob Griffith)
--

The Boeing 777 plane and its 227 passengers and 12 crew members have been missing since March 8 -- 26 days ago. The flight, which was Beijing bound, never landed at its intended destination. The plane made an abrupt change in direction, and according to the Guardian, investigators believe that the plane was deliberately rerouted. What investigators don't know is the reasoning behind the directional change, whether there was an on-board emergency or malicious intent.

Khalid Abu Bakar also told reporters that the police had interviewed more than 170 people -- relatives of the pilots and crew -- to determine what may have happened. Thus far, according to the Guardian, nothing has piqued investigators' suspicion.

In the meantime, the search team continues to comb the Indian Ocean 1,100 miles northwest of Perth, Australia. According to Australia's Joint Agency Coordination Center, 10 planes and nine ships searched the 98,000-square-mile search area yesterday. However, they came up empty-handed.

Great Britain has joined in the search. The Royal Navy sent the HMS Tireless, an advanced, Trafalgar Class submarine; and a ship, the HMS Echo. Currently the international search effort includes Australia, New Zealand, Malaysia, South Korea, China, Japan and the United States. The fleet of planes and watercraft is composed of both military and civilian crafts -- including a Gulfstream G650 jet owned by "Lord of the Rings" director Peter Jackson. The plane, according to ABC, is being used to deliver messages between the search teams.

A former Australian defense chief, the now retired Air Chief Marshal Angus Houston, was appointed to coordinate the search efforts earlier this week. He has sounded very pragmatic about the search and recently told Australia Broadcast Radio, "If we don't find anything on the surface, we'll have to think about what we do next, because clearly it's vitally important for the families, it's vitally important for the governments involved, that we find this airplane."