The "legitimate sport" has nothing to do with cockfighting, Sen. Elbert Guillory argues 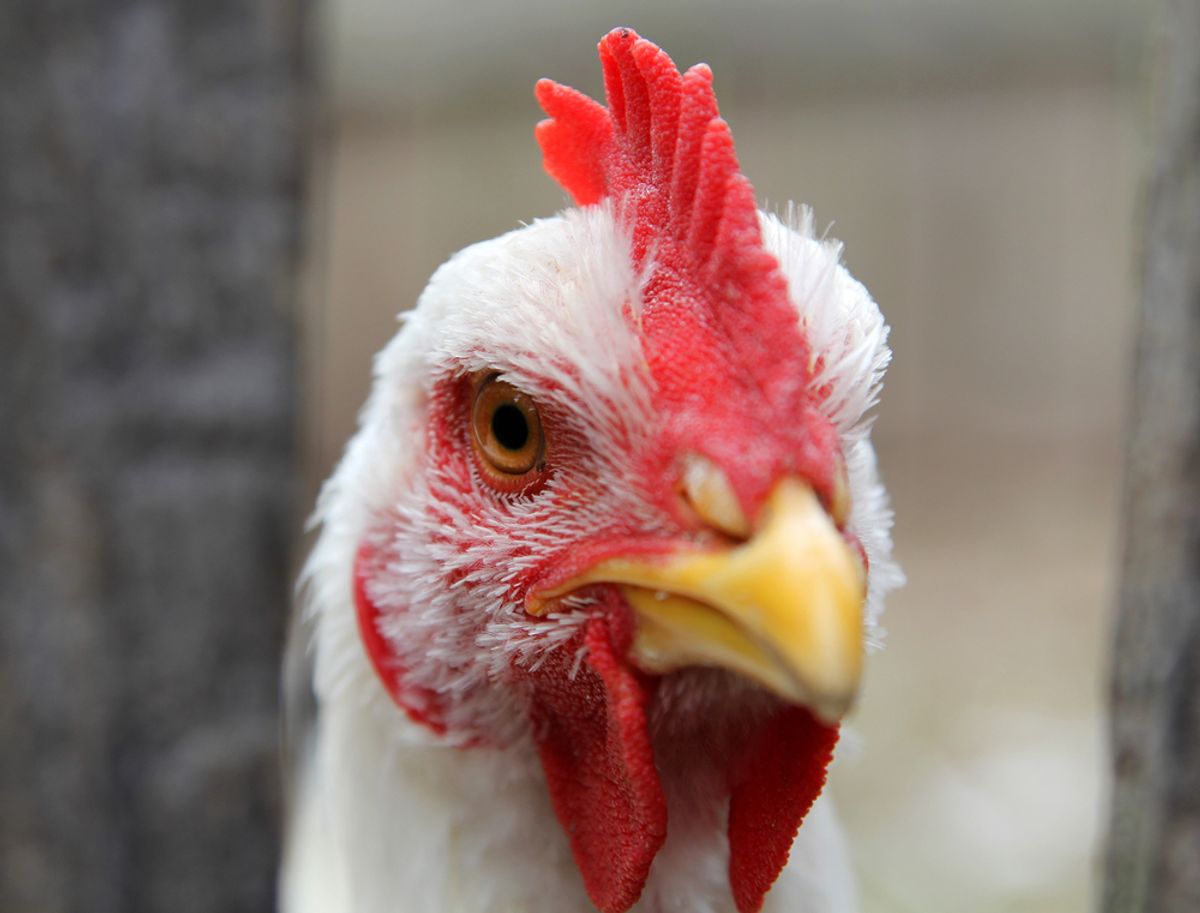 After making cockfighting illegal back in 2008, Louisiana lawmakers are working to tighten loopholes in the law. Standing in their way is one Republican Sen. Elbert Guillory, of Opelousas, who's arguing that the ban would endanger the sport of "chicken boxing."

Yes, chicken boxing. Unlike the cruel and bloody practice of cockfighting, Guillory said at a meeting of the senate judiciary committee, chicken boxing is a "legitimate sport," and much more animal-friendly to boot. The chickens wear little rubber boxing gloves (aww) to cover the spurs on their legs, and the matches aren't fought to the death -- vets are even on hand in case things get too violent.

Sen. J.P. Morrell, a Democrat from New Orleans who proposed the bill, said that he'd never heard of chicken boxing before, commenting that "It sounds like something to circumvent cockfighting.” The Associated Press has more on the debate:

The bill would broaden the definition of “chicken” in the current law to include roosters, game fowl and other birds. It also would criminalize the possession, manufacturing, buying and selling of spurs, gaffs and knives if there is evidence the paraphernalia is being used to fight chickens. The bill also would toughen the penalties for anyone convicted of cockfighting.

“My concern is about the breadth of this bill,” Guillory said. “It covers all chickens. I represent a rural area where people raise a lot of chickens, including chickens that are 15th- and 20th-generation fighting birds that are exported legally and legitimately to other nations.”

Morrell said it was illegal to raise chickens for fighting.

“These are not fighting chickens,” Guillory replied.

More elucidation is likely forthcoming -- the committee voted 4-2 to advance the bill to the Senate floor.