Must-see morning clip: CNN, what do you even do anymore? 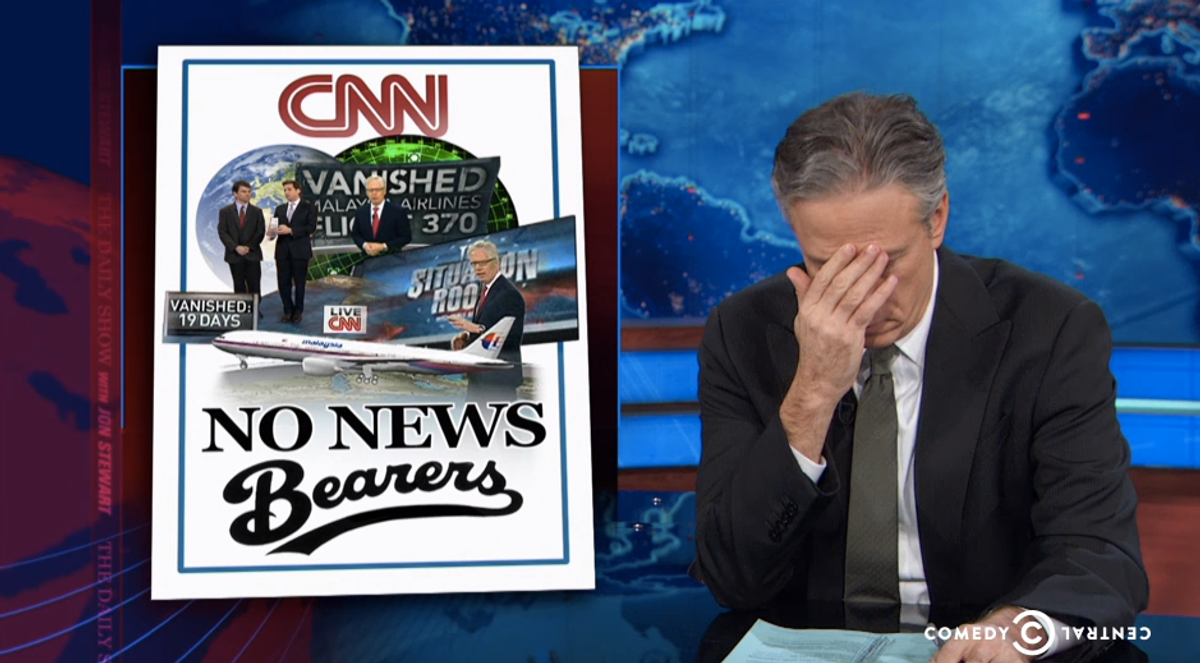 Either CNN is playing an elaborate, month-long April Fools' Day joke on the nation, or they are providing really, truly, terrible, horrible news coverage. Jon Stewart summarized the network's last week of reporting on the missing Malaysian Flight 370 this way: "There is a lot of non-Malaysian Airliner garbage in the ocean, the heavier of which sinks. The lighter of which floats."

This is Wolf Blizter, reporting from the "Duh Room": The non-obvious theories CNN touts are even worse, however, as they include a zombie plane and the consultation of a psychic. "You know, CNN has spent a great deal of time and money scouring our world for any sign of this plane," said Stewart. "It's a noble goal if they had done it in a reasonable non-'Did aliens maybe take it?' fashion."

"The Daily Show" host then recommended one final place CNN probably hasn't looked: "up their own assholes."