Stories from a Warming Planet: Blackouts 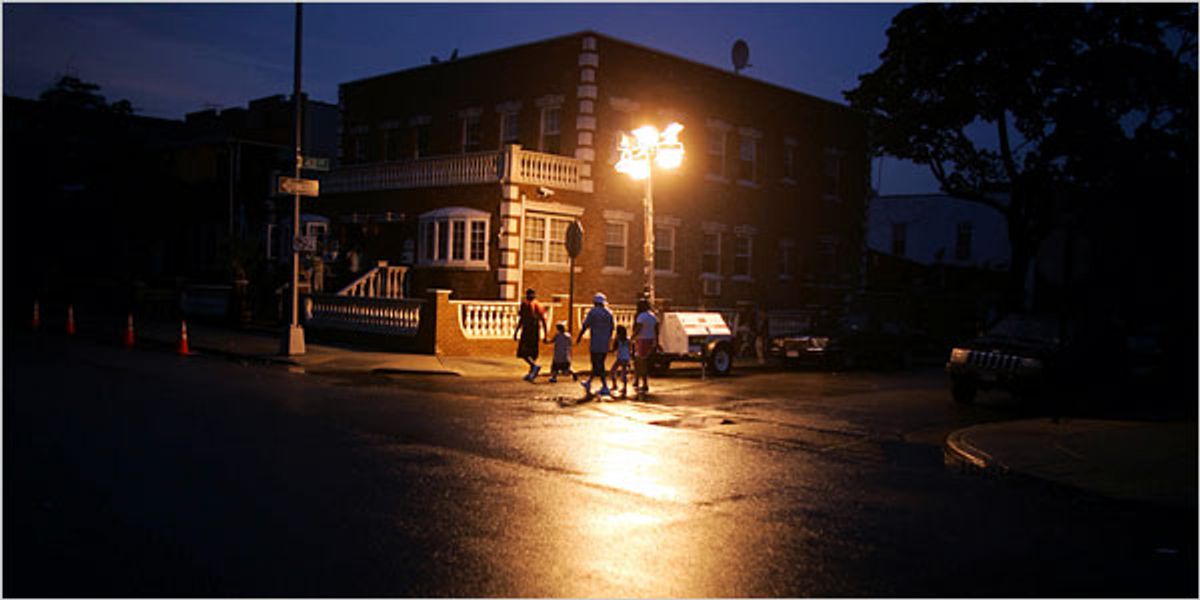 In the summer of 2006, a heat wave triggered a weeklong blackout in Queens that left tens of thousands without power, forced businesses to shutter, and caused major transit interruptions.

The easternmost borough of New York City, Queens is the most ethnically diverse urban area in the world with more than 2.2 million residents, nearly half foreign-born representing some 100 different nations and more than 138 languages. It’s also home to the city’s two busy airports JFK and LGA. However, in July 2006, a heat wave triggered a historic blackout that lasted a week in some areas uniting this diverse neighborhood with one common concern: getting the power back on.

During that time, Judith Rich was working as a media planner living on her own in a fourth-floor walkup in Astoria’s Steinway neighborhood. She says, “It was so interesting to observe how much a normally bustling area quieted down during the blackout.” Many area businesses had to cease operations without power. “I remember everyone in the neighborhood being out of sorts. Most of our grocery stores remained opened but had limited merchandise, which was frustrating.”

She was only one of the some 100,000 residents affected by the outage that the utility company originally estimated at around 1,600. “I was really shocked that it actually took that long to fix things. It was an especially hot summer and it was tough to withstand it without any air-conditioning,” she recalls. ”Most of my food went bad and I spent a lot of time at my then-boyfriend, now-husband’s house who got power back sooner.” Still residents tried to cope the best they could. “Folks weren’t in the best spirits, naturally but everyone was pretty supportive. Friends of mine offered me a place to stay. I also have a distinct memory of baking a cake for a co-worker who was getting married. I was determined to make that cake even though I had no lights or air-conditioning. I sweated, but I was proud that I followed through.” While she might not have been able to stand the heat, she didn’t get out of the proverbial kitchen.

Around the area, businesses with power tried to be supportive of those without; places like the public library which had A/C extended their hours. “I think Queens residents are always resilient, spirited, and do a great job of banding together and supporting their neighbors in times of need,” says Rich, who now runs blogs called We Heart Astoria and We Heart LIC, which focuses on community issues. Since the blackout she says, “I try to conserve energy as much as possible and be respectful to the earth. I try to purchase high quality food, which is sustainable and locally grown, such as from the local LIC urban farm called Brooklyn Grange.”