Up in the old hotel: The hidden meaning of Wes Anderson's nostalgia

It's easy to dismiss films like "The Grand Budapest Hotel" as kitsch. But for Anderson, the medium is the message 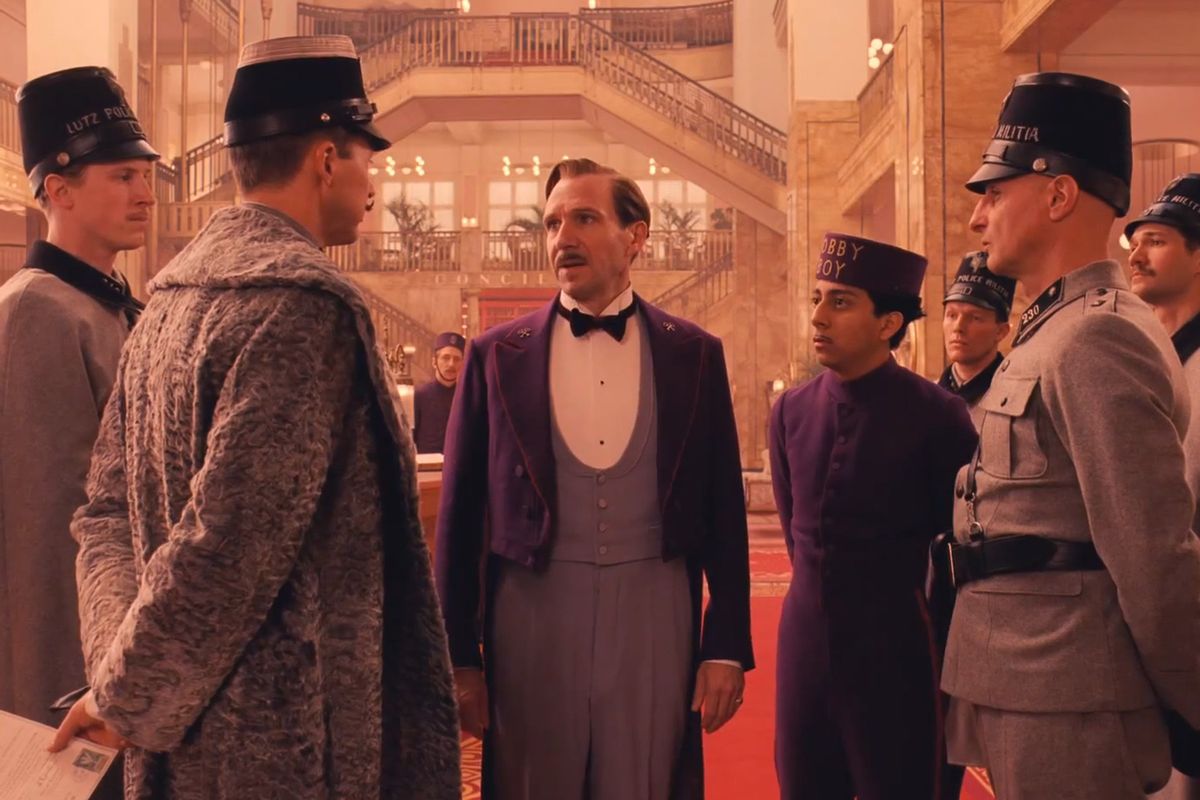 I was checking Twitter this past Friday evening when I received confirmation that the world as we know it is ending.

The news came in the form of a Guardian piece summarizing a new study sponsored by NASA’s Goddard Space Flight Center, which revealed that “global industrial civilisation could collapse in coming decades due to unsustainable resource exploitation and increasingly unequal wealth distribution.” The study concluded that technological progress is unlikely to save us, since historically, new efficiencies in resource use produced by such technologies have also increased per capita resource consumption.

Happily, the authors believe collapse can be avoided, so long as the global community can agree that economic growth must be abandoned and the resources of every nation be “distributed in a reasonably equitable fashion.” After taking a moment to try and articulate my thoughts on the matter, I settled for a frowny face emoticon and departed for "The Grand Budapest Hotel."

Wes Anderson sets his eighth feature in 1932, at that eponymous alpine resort, tucked way in the snowcapped mountains of the fictitious, Eastern European nation of Zubrowka.

While the date and location suggest looming geopolitical chaos, within the bright pastel-colored walls of the Grand Budapest, fastidious concierge Monsieur Gustave (Ralph Fiennes) maintains the height of order amidst high society. Gustave curates his guests’ experience with extraordinary care, exhaustively training his hand-picked staff how to service them unobtrusively, while offering himself as a guide, confidante, and, if one happens to be an elderly female of significant means, a steadfast lover.

Many critics have identified Gustave as a stand-in for Wes Anderson himself and with good reason. Gustave’s meticulous craft as concierge is rendered through each of the director’s meticulously crafted shots. More tellingly, Anderson’s film evinces a concierge’s concern for maximizing the pleasure of his audience's stay. "The Grand Budapest Hotel" is the most intensely pleasurable film he’s ever made. Here you’ll find no melancholic ruminations on absent fathers or unrequited love. Instead, we are treated to a broadly comic adventure, centered on the relationship between Gustave and his orphaned teenaged Lobby Boy/protégé, Zero Moustafa (Tony Revolori). As played by Fiennes, Gustave is delightful, a perfume-addicted, romantic-poetry-reciting, bi-sexual dandy with a taste for the oldest of ladies, whose absurdly mannered affectations butt-up comically against harsher realities. (He greets a band of fascist police by offering his hand and saying warmly, “I do believe you are the first of the death squads we’ve chanced to meet.")

The plot centers on the disputed estate of Madamme D (a heavily made-up Tilda Swinton), one of Gustave’s elderly paramours and owner of the Grand Budapest. After dying under mysterious circumstances, D wills to Gustave a priceless painting, thus inspiring her  fascistic son, played with psychopathic brattiness by  Adrian Brody, to frame Gustave for their mother’s murder.

Revelore provides Fiennes an able straight man, as the two navigate an art heist, a prison break, a murderous, euro-trash Willem Defoe on a motorcycle, and a stop-motion animated, winter sports-themed chase scene. All this plays out against Anderson’s splendorous mis-en-scene, teeming with visual gags.

Yet Anderson laces this delicious frivolity with a sorrow appreciable only upon digestion. While the violence and upheavals of the era are kept to the film’s edges, we’re repeatedly asked to gaze out to that horizon.

Late in the film, Zero reveals to Gustave that his entire family was killed in an unspecified conflict. Gustave, and the film’s other principle character, Zeros’ girlfriend Agatha, are likewise bereft of all family, for reasons that remain opaque. We learn in the film’s spiraling epilogue that Gustave dies at the hands of fascist police, and that Zero loses Agatha and their unborn child to a bout of grippe. Thus the space on either side of our jaunty narrative is defined by overwhelming loss.

The story is shadowed not only by the tragedies that precede and follow it, but also by the film’s acknowledgement of its own artifice. We only arrive at the Grand Budapest of Monsieur Gustave, after passing through multiple layers of time and subjectivity, narrators and mediums -- a teenage girl in the present day reading a novel, the novel's author talking into a camera about the process of writing his book in the 1980s, a younger version of said author meeting an aged Zero in the decrepit, Soviet-era Grand Budapest. Thus the bright world of our farcical adventure has not been lost to time, but rather, created by lost time, through a chain of nostalgic yearning and imagination.

Some of the film’s detractors have faulted Anderson for evading the dark realities of his subject matter by devoting the bulk of his running time to what Vanity Fair’s Richard Lawson describes as “a kitschy adventure story that feels curiously weightless, at times even arbitrary.” Lawson goes on to write that "The Grand Budapest Hotel" was “finally the film that had me screaming for Wes Anderson to say something. Anything, really.”

I agree with Lawson that the film diverts its attention from the grim realities of Eastern Europe on the eve of fascism to dwell on a kitschy fantasy. But I think this very will to diversion is the film’s true subject, about which Anderson has much to say.

Like the hotel for which it’s named, Anderson’s film shelters its audience from geopolitical conflict within an immaculately circumscribed world of invention. In this respect, the film reads as a defense of sorts for creating or occupying such shelters.

In the Grand Budapest of the 60’s, Zero Moustafa has moved back into the claustrophobic servant’s room he occupied as a boy. When the young author asks why he hasn’t sold The Grand Budapest all these years on, Zero replies that he keeps it for his lost wife Agatha, explaining, “We were happy here, for a little while.”

He maintains the Grand Budapest because within the crumbling kitsch of its structure, something of his own ephemeral joy is retained. He goes to bed a make-believe servant, but by indulging this fantasy, he is connected to those parts of his experience that felt most viscerally real.

The world of Anderson’s film is self-consciously fantastical, but it’s connected by a thread of imagination and memory to real human experience. The film is inspired by the writings of the Austrian Jewish author Stefan Zweig, a child of the Viennese aristocracy, who lived through the first world war and most of the second before taking his own life in 1942, leaving behind a note, which read in part, “I think it better to conclude in good time and in erect bearing a life in which intellectual labour meant the purest joy and personal freedom the highest good on Earth.”

If we pan back from our subjective experience, bringing into frame the atrocities of the Syrian civil war, post-invasion Iraq, or the impending devastation of global climate change, if we view our lives in the context of contemporary struggle, or through the ultra-wide shot of geological time, all our most achingly important dramas would appear weightless, arbitrary adventures.

In evoking a period of mass suffering, but telling a broadly comic adventure story, in gesturing to the tragic episodes of its characters’ lives, but focusing on a joyful one, Anderson’s film argues that the bleakest aspects of the human condition don’t delegitimize its pleasures. That however fleeting or myopic, the experience of joy is life’s greatest consolation. The film is thus an argument for itself, for the redemptive power of artificial worlds, whose bright colors, playful wit, and elegiac nostalgia recall and revive our lost joys, reminding us we were happy here, for a little while.