"Dom Hemingway" star Demián Bichir: "If an Oscar nomination can make all this happen, we need more!"

The actor talks typecasting, what it takes to be villainous, and when he'll feel like his idols 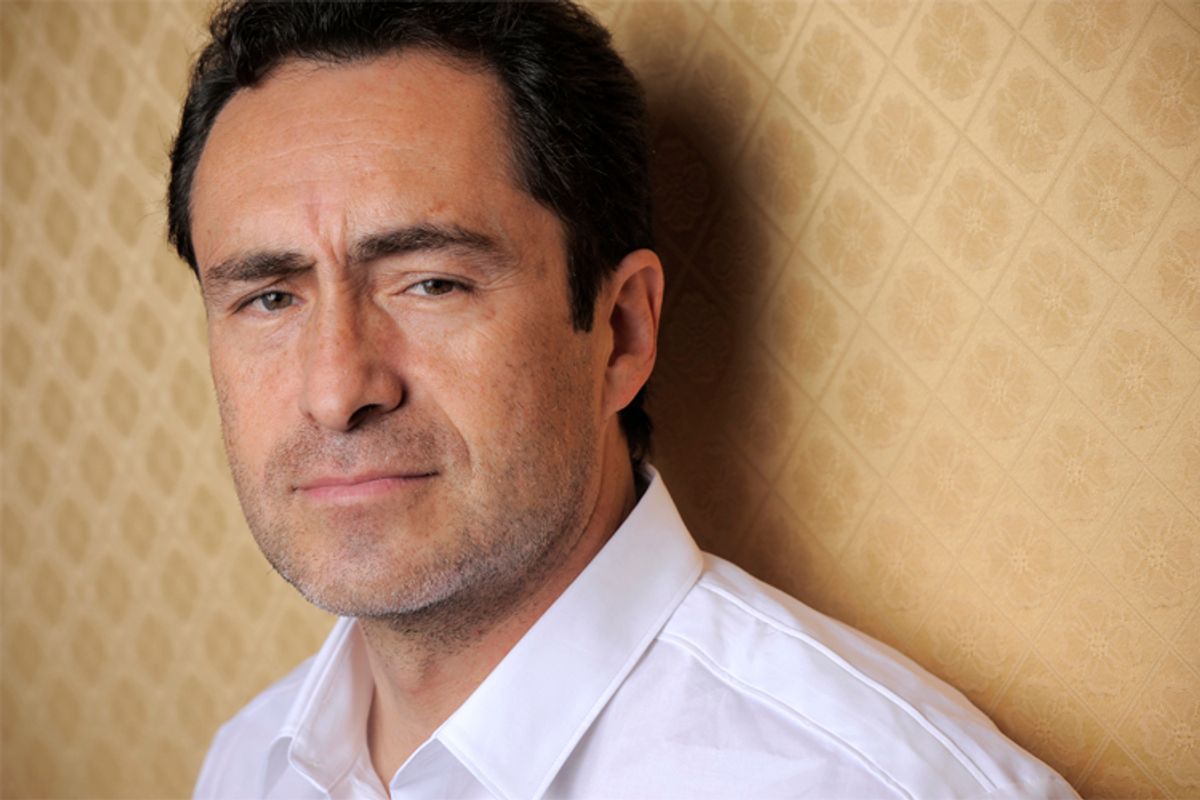 Demián Bichir wants you to know just how different his roles have been.

The thespian, the first of Mexican extraction since Anthony Quinn to have received an Oscar nomination for best actor (for 2011's "A Better Life"), has had a wildly varied career since his nomination, taking roles in "The Heat," "Machete Kills," and the new Jude Law vehicle "Dom Hemingway." In "Hemingway," he plays the Russian crime lord who catalyzes Dom's reentry into the criminal underworld. That Bichir's character is a Russian is no idle choice -- indeed, Bichir characterizes it as a deliberate choice to go as far east as possible.

Bichir's adventures in playing characters across Latin America have been adventurous for him, even if casual moviegoers don't pick up on the subtleties. Describing his work playing characters with different nationalities and, of course, accents, he said he's having "the same fun Cate Blanchett has in English playing with different accents!" Hardly shy about his ambition, Bichir listed a number of directors with whom he wants to work -- but in order to get the call from Scorsese, he said, "we need more nominations!"

Tell me about how you got started.

I grew up in theater -- that's what I knew the most. I was a member of the national theater company as a kid; that was my school. My father was a theater director, and my mother was an actress, both my brothers are actors, and I always wanted to do that. Having grown up watching Gene Hackman and Dustin Hoffman and Pacino and De Niro and Jack Nicholson, I always wanted to do that. I wanted to step into that field, that territory. So I needed to speak English first, so that's when I moved to New York first, to try to learn. It all happened from that time on.

Did the Oscar nomination change things?

When something like that happens, you get a lot of attention and a lot more people know your name, and things like this happen. I got an invitation from Richard Shepard to be part of the project and I said yes immediately, because I'd seen "The Matador" way before I met Richard, and getting to play together with Jude was a huge asset. Paul Feig invited me to be part of "The Heat" with Sandra Bullock, and Robert Rodriguez invited me to be part of "Machete Kills," and stuff like that. Even though that was kind of a wild card -- I'd never acted in a genre like ["Machete"], but I wanted to try it, because Robert Rodriguez is the best in that category. And I learned a lot. So if an Oscar nomination can make all that happen, bring them on! Give me more of those! That's what you dream of. And the list is long of people I want to work with, so we need more nominations.

Whom do you want to work with?

There are many people from all over the world: Jim Sheridan, Pedro Almodóvar, Isabel Coixet. And strangely enough, I haven't worked with Guillermo Del Toro, or [Alejandro González] Iñárritu or [Alfonso] Cuarón, so hopefully we can get to do something together someday. And on this side of the border, there are many! Woody Allen still commands a list, and Scorsese, and Darren Aronofsky, and so many different directors, Ridley Scott, Jim Jarmusch. Many of the new generation, too -- I would kill to work with Wes Anderson.

Was your "Dom Hemingway" role a revolt against potential post-nomination typecasting?

It's clear that he's from Russia -- his name is Ivan, and he repeats that constantly. We came up with that because we thought it was interesting to take him all the way east, to that region. I was lucky enough to find a fantastic acting coach from Russia that I met when I was 17 back in Mexico City.

It was interesting to jump into that zone. I think a lot about actors like Anthony Quinn. Being Mexican, he played a lot of nationalities. I can't, probably, play British or Californian or whatever, but there are so many different characters that you can play, so many nationalities. I've played Colombian, Bolivian -- I know you might think they're the same, but they're not -- Spaniard, and recently an Argentinian. All of that is the same fun Cate Blanchett has in English playing with different accents. It's a long way from a Cuban accent to an Argentinian accent, but very few people know that there's a distance. Doing that's a lot of fun -- and I was even more glad to take this character to a different point geographically.

Talk about what it's like to play so villainous.

That's the fun I'm talking about. I've played very vulnerable characters before. This is the exact opposite. Carlos Galindo from "A Better Life" -- he's very low-key, his personality is almost timid and very discreet. Characters like Ivan or Fidel Castro, these guys are powerful and bigger-than-life. But the fantastic difference between those two is that Fidel Castro shows you how powerful he is all the time, and makes sure you listen when he talks. And Ivan doesn't need to shout. He doesn't need to raise his voice. He doesn't need to show you how intimidating he could be. That's what we actors like. We like to go in different directions.

When do you think you'll be on par with your idols, like Gene Hackman?

Yeah, right! I don't think anyone can be close to them. That generation of actors was something very special; they set up a whole different way of acting. They were the new masters for each of the next generations of actors. I'm so grateful to have seen them work. I saw Al Pacino twice onstage. I had the chance to give Robert De Niro a hug once when we were presenting "A Better Life" at Tribeca [Film Festival]. And I had the chance to say hi to Dustin Hoffman once too, and I was so intimidated by him that I couldn't tell him how much impact he had in my life. I've been close to them, at least. I've never worked with them, but I keep my hopes up.