It's not just rainfall -- we have to be worried about evaporation, too 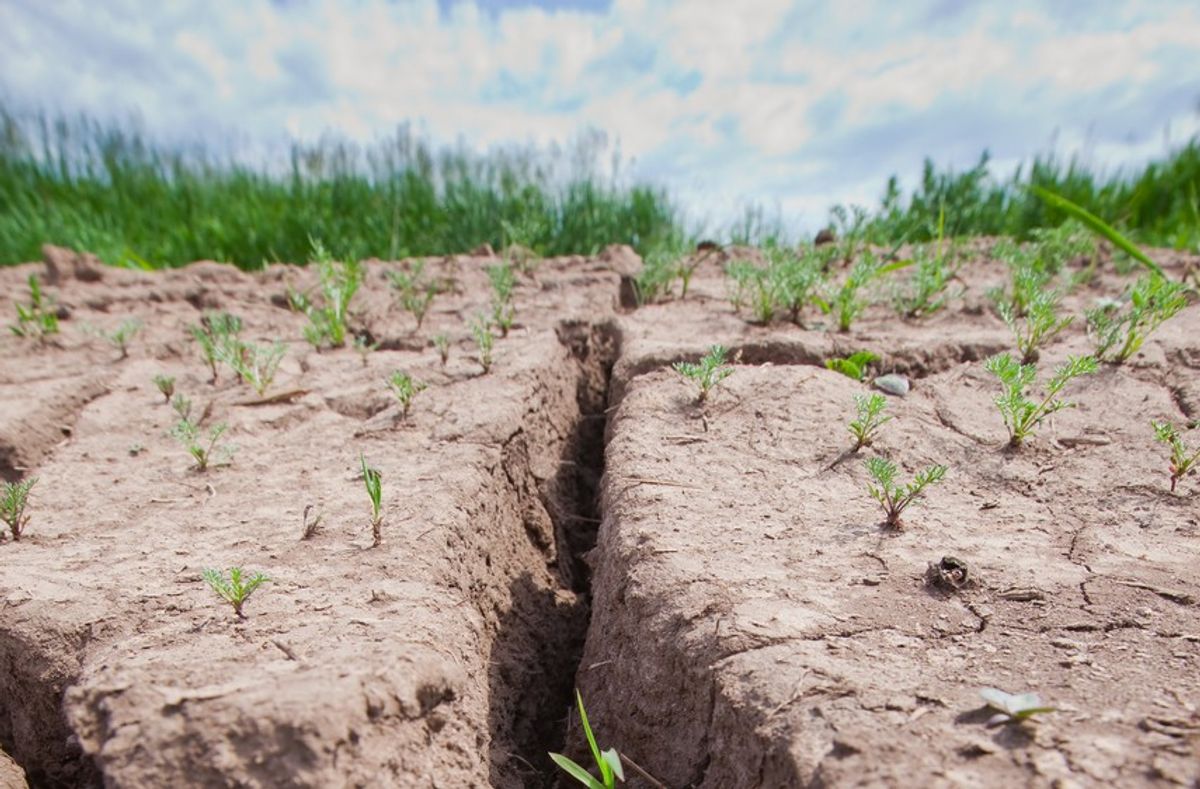 Forget changing rain patterns -- warmer temperatures alone could bring drought to a third of Earth's land area by the end of the century. That's the gist of a new study from Columbia University's Earth Observatory: Hotter temperatures will mean more evaporation, drying out the soil and posing a significant risk to global agriculture and food security.

Climate Central has the details:

Climate models using the so-called business-as-usual greenhouse gas emissions scenario, which assumes no effort to curb emissions, found that increased evaporation “not only intensifies drying in areas where precipitation is already reduced, it also drives areas into drought that would otherwise experience little drying or even wetting from precipitation trends alone,” the authors wrote. That would potentially push up to 30 percent of Earth’s land area into drought, compared to the 12 percent precipitation trends alone would affect.

...The U.S. Central Plains and southeast China showed signs of that long-term drying trend in the models, and these are “two regions where if you just naively assume that it’s just precipitation that matters,” that drought signal might not show up, [study author Ben] Cook said. Even if rain is falling, increased evaporation can mean that “you’re still emptying that soil moisture bucket more than you’re filling it up,” and getting an overall drying trend, he said.

The drying trends shown in the models are long-term ones that would affect the underlying climate over which year-to-year variations will still cause wetter and drier years, like the one currently plaguing California.

Richard Heim, a meteorologist with the National Climatic Data Center, confirmed that record-high temperatures could be amplifying California's drought conditions. His reaction to the study, as conveyed to Climate Central: “Yeah, wow, it confirms what I’ve been seeing over the last 25 years.”