Sarah Palin to Vladimir Putin: "You're no match for a mama grizzly"

Palin goes on "Tonight" to play the flute, joke about how Obama lacks "strong genes" 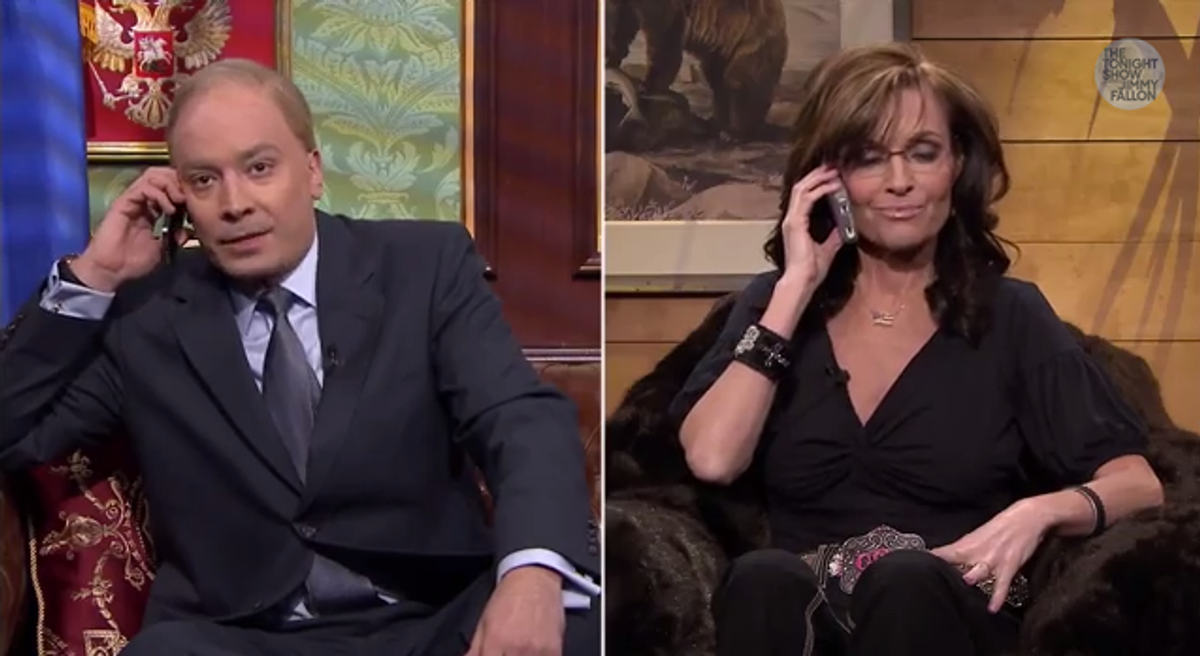 In an unusual "lame-stream media" appearance, Sarah Palin appeared in a sketch opposite Jimmy Fallon as Vladimir Putin on last night's "Tonight Show." Palin's comic timing improves over the course of the sketch -- the joke about NCAA brackets is choice -- though the existence of the comedy piece is puzzling even before she starts playing the flute.

The faux-Putin calls Palin effectively to congratulate her on knowing that he'd invade Crimea back in 2008. The pair kibitzed over the conservative talking point that Putin is a "stronger" leader than Obama; as Fallon put it, Putin comes from "strong genes," while Obama comes from "mom jeans." There's a weak NSA joke in there, too -- has any show managed to make this important topic funny?

The whole thing ends with a vindication of Palin's claims back in 2008 that Alaska was the front line in the U.S. defense against Russia. Who knew we'd ever, as a nation, be looking back fondly at her time on the public stage?