Waves generated by the 8.2-magnitude quake traveled far and fast 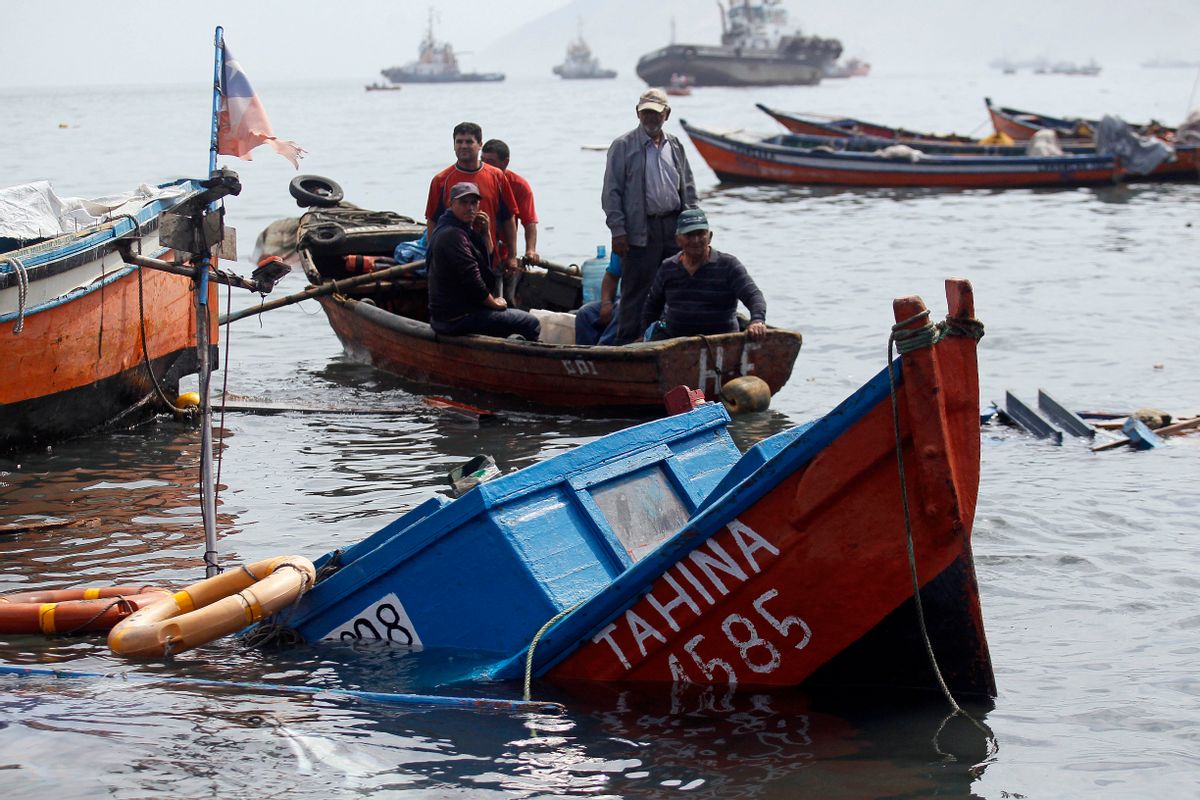 Major aftershocks were still being felt Thursday from Chile's 8.2-magnitude earthquake, some nearly as large as the original quake, which killed at least six people after it struck Tuesday night.

The tsunami generated by the off-shore quake, meanwhile, wasn't nearly as devastating as these things have the potential to get. But as this near real-time animation from the NOAA's Pacific Tsunami Warning Center shows, it traveled very far, very quickly. Immediately following the earthquake, the PTWC issued a number of tsunami warnings and watches for Pacific coastal areas, but called them all off by early Wednesday. Some areas of Chile reported tsunami waves as high as 7-feet;  small waves were detected as far north as California.

The animation depicts 30 hours of simulated tsunami wave propagation, according to the NOAA, followed by an "energy map" demonstrating the maximum open-ocean wave heights over that period: