David Letterman introduced me to counter-culture

He was transparent and awkward, charming and smart. And now his offbeat DNA defines comedy. Why I'll miss him 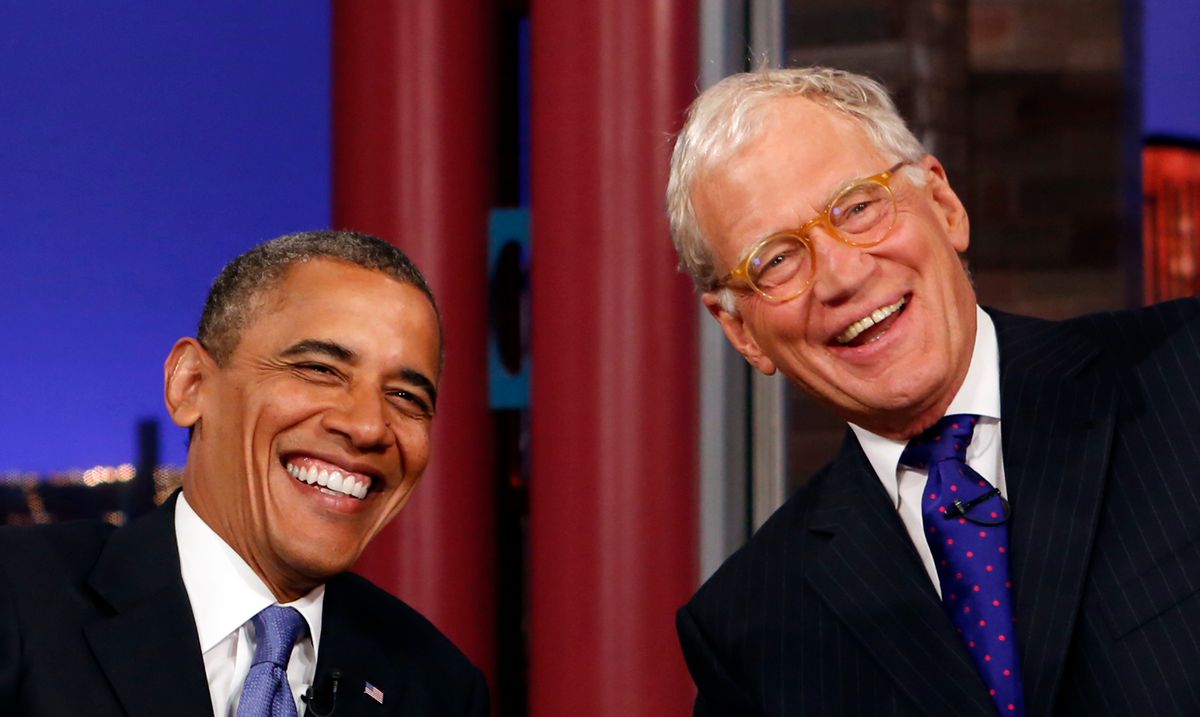 I’ll admit, I haven’t watched a full episode of David Letterman’s “Late Show” in quite some time. But I still count myself among his stalwart fans. Amidst the recent late night upheaval of 2014 -- which only became more dramatic when Dave announced his 2015 retirement yesterday -- I believe I threw my lot in with Seth Meyers primarily because his quiet little start-up most reminded me of my best days watching Letterman. (Please, hold your disapproving comments for my “In Defense of Seth Meyers” column to come.)

My older brother put me on to “Late Night” when I was about thirteen or fourteen years old. This was when the program was still on NBC. I definitely shouldn’t have been up, but how could I resist? The guy wore wrestling sneakers to work and called his employers names. He distributed toasted bread to his audience, broke things in public, and let another guy live under his desk. I’d stay up late for Johnny Carson and “Monty Python’s Holy Grail” on UHF. One was classy, the other, pure lunacy. Somewhere in between, David Letterman gave me my first taste of functional counterculture.

The revered talk show host’s announcement will inevitably spark discussion about how Letterman’s approach to interviewing trumped that of any who came after him. Indeed, “Dave” was deceptively charming, open and welcoming without being cloying. He was easily capable of trading wit with anyone, but was also careful of stepping on a guest’s toes.

However, when I try to envision David Letterman actually talking to people on the couch, only two specific incidents come readily to mind. Most recently, I remember both marveling at and sharing his disdain for Joaquin Phoenix’s overblown antics, back when the actor-turned-pretend rapper guested on “Late Night” to “promote” this new phase in his career. I loved that Letterman didn’t feel the need to even pretend to have the stomach for such nonsense. (That was also one of those awesome moments when Letterman reminded us without trying that there are very few celebrities who’ve sat before his desk that command more respect than he, himself.)

More affectionately, I recall long ago watching Letterman interview the actress Teri Garr for what felt like the millionth time and realizing, “Wow, he really has a crush on her.” Letterman could, at times, appear brusque, even irritable. But that was just the flipside of his overall transparency. When he was annoyed, he didn’t hide it. When he was enamored – which was pretty damned rare – he fawned. And when he was threatened with the blowback from his own indiscretions, he spoke up, manned up, and took responsibility.

When I stumbled upon David Letterman, he was tall and lanky the way I was becoming. His white socks were visible. He often joked that his pants didn’t fit right or his jacket was unflattering. Like the dudes in De La Soul and the aforementioned Pythons, Letterman was one of the first individuals who allowed me to see the cool in being a bit weird and a tad raw. Of course, now, with Letterman’s offbeat, offhand DNA coursing throughout all of late night television from Conan to Kimmel and even Fallon, there is absolutely no denying that cool. That sounds like as good a time as any to take a bow.