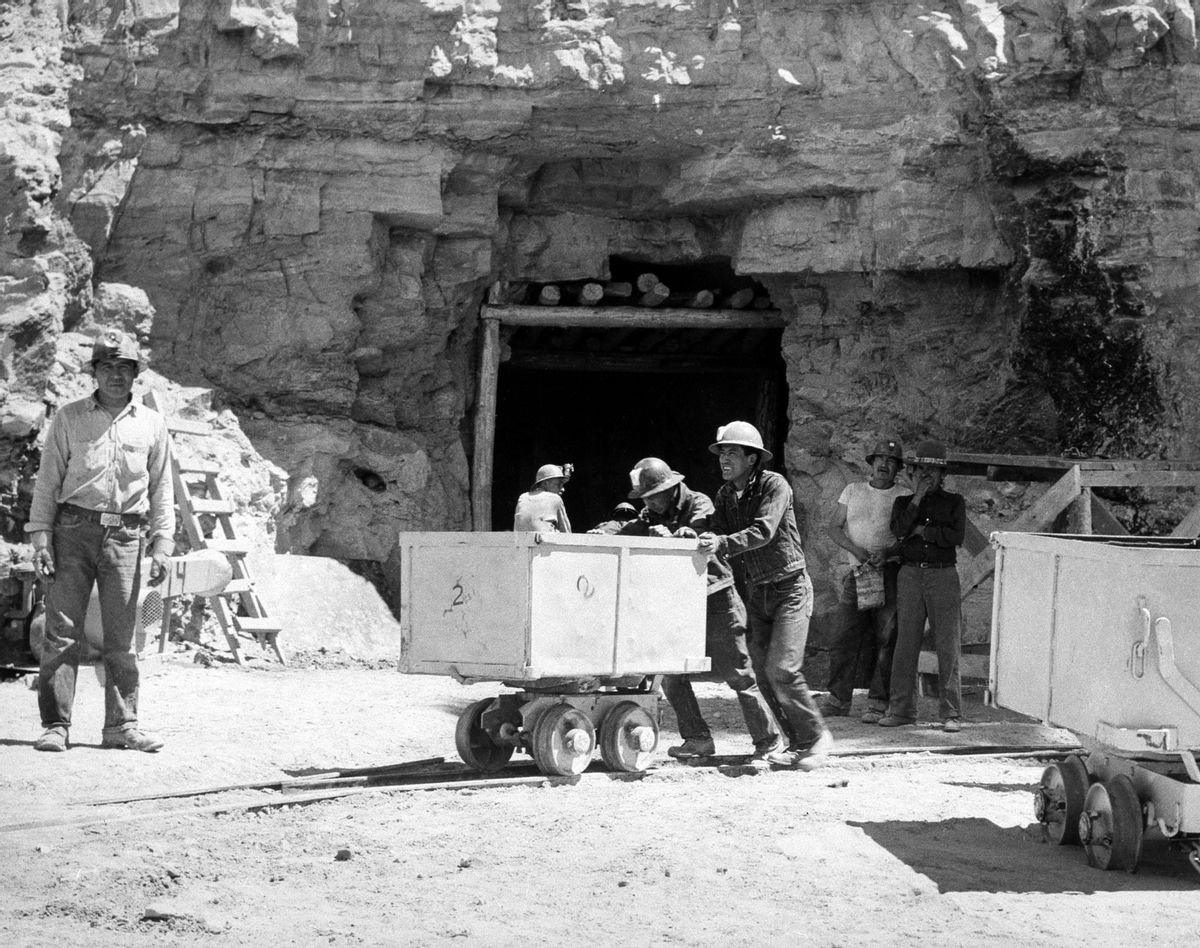 In this May 7, 1953, file photo, Navajo miners work at the Kerr McGee uranium mine at Cove, Ariz., on the Navajo reservation in Arizona. Kerr-McGee left abandoned uranium mine sites, including contaminated waste rock piles, in the Lukachukai mountains of Arizona and in the Ambrosia Lake area of New Mexico. The Lukachukai mountains are located immediately west of Cove, Ariz., and are a culturally significant part of the Navajo Nation. This site is among thousands that are part of the $5.15 billion settlement with Anadarko Petroleum Corp. with approximate amount of funding for cleanup efforts and details about the sites, in information provided by the Justice Department. (AP Photo)
--

A major environmental settlement -- perhaps even history's largest -- was reached Thursday between the Justice Department and energy company Anadarko Petroleum Corp., which agreed to pay $5.15 billion to clean up its toxic mess.

Provided the settlement is approved by a federal judge, $4.4 billion will go toward cleanup and environmental claims, which will be quite an undertaking: According to the lawsuit brought against the Kerr-McGee energy and chemical company, which Anadarko purchased back in 2006, it's responsible for depositing nuclear fuel, wood creosote and rocket fuel waste at over 2,000 sites across the U.S. The pollution has been linked to at least 8,000 cases of cancer.

The settlement, which comes after years of litigation, is certainly a big deal -- but Climate Progress suggests it's not just environmentalists and the company's victims who are celebrating:

Though a $5.5 billion fine — larger even than the Justice Department’s settlement with BP over the 2010 Deepwater Horizon disaster — sounds like it would be harmful for even the largest company, it is being widely reported that Anadarko is enjoying numerous benefits from settling the claims.

“Great news for Anadarko Petroleum today,” an article in Forbes read, noting that investors would be more likely to put money into the company now that it is no longer “haunted” by cleanup liabilities. Anadarko also announced that it would receive a $550 million net tax benefit from the settlement.

The settlement with Anadarko is also at the low end of what U.S. Bankruptcy Judge Allan Gropper of New York said the company should pay, noting in December that a fine from $5.15 billion to more than $14 billion would have been appropriate. Anadarko had claimed that liabilities should be as little as $850 million.