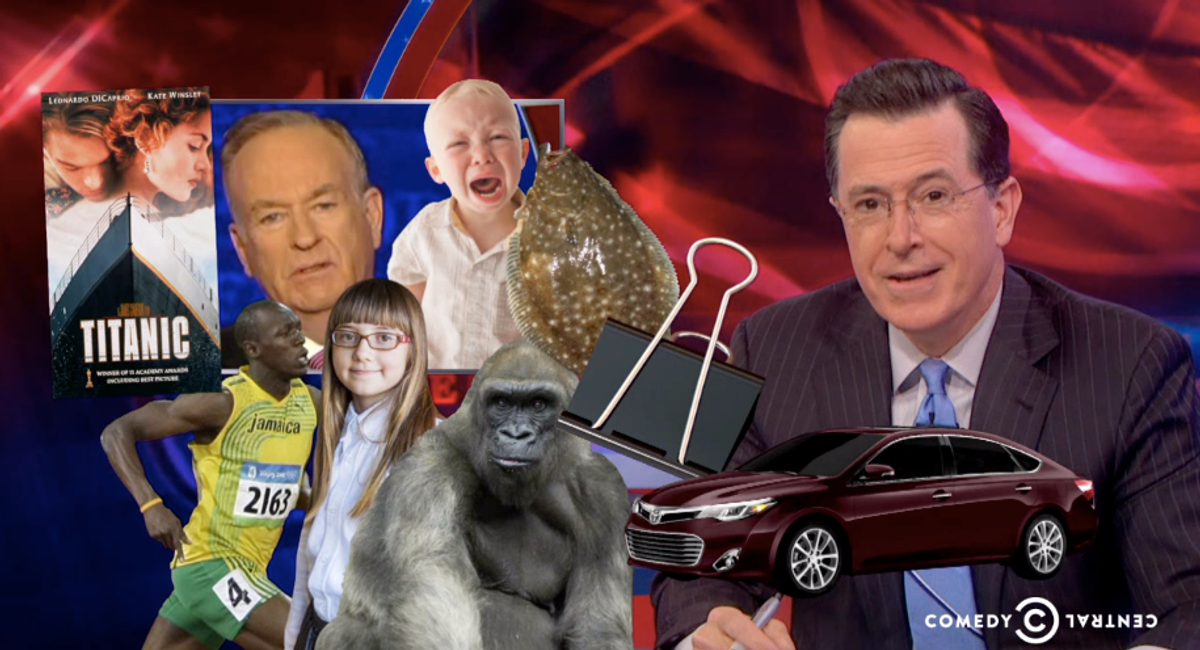 If you believe that America is on the decline but don't know why, Bill O'Reilly has a theory that may not have occurred to you: the want for equality. The Fox News anchor points to the talents of people who have cultivated their talents as evidence that, hey, some people are just better than others. (Never mind the idea that, irrespective of abilities or circumstances, every person deserves the same rights, which is what "equality" as a political movement means.) Stephen Colbert, not O'Reilly's biggest fan, breaks down the logic: