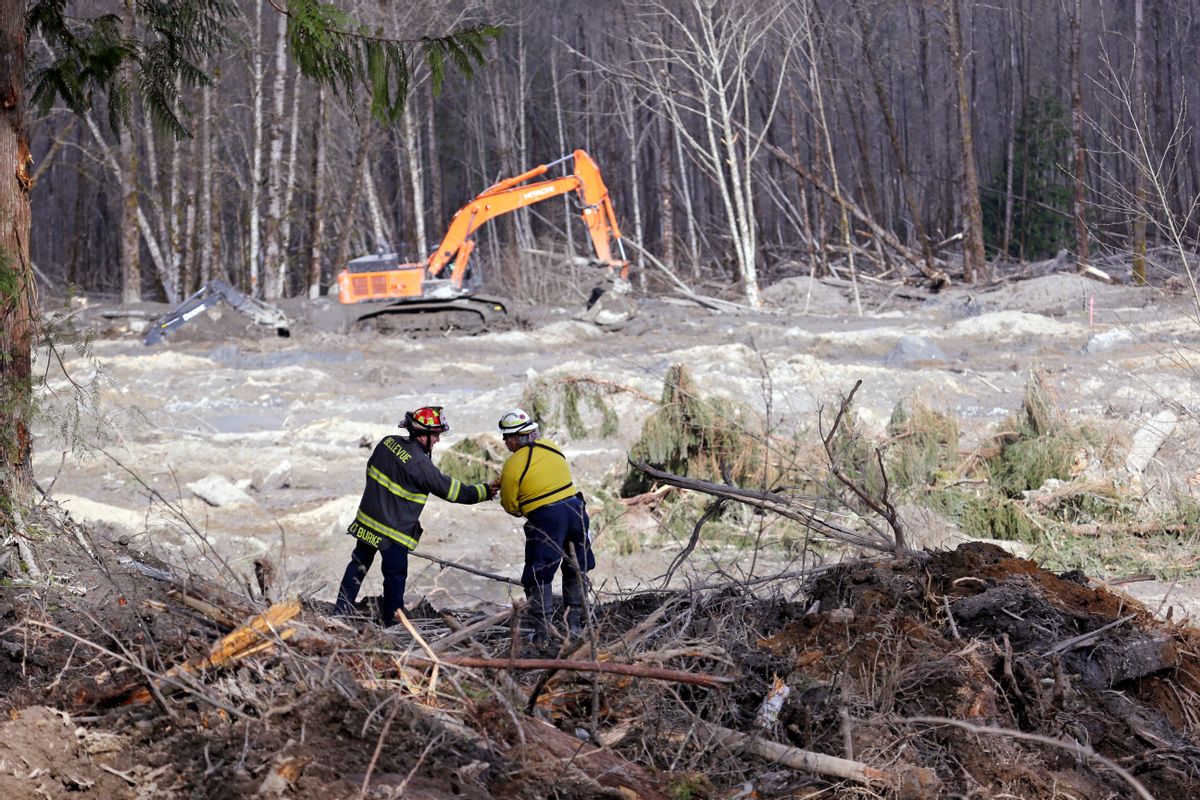 The death toll from Washington state's landslide has risen to at least 20, as the long, laborious process of recovering victims from the brutal landslide continues nearly two weeks later.

No one's ever prepared for disasters on this scale, but a number of scientists have come forward to say that they'd been warning of the potential for catastrophe on this particular hillside for decades. Back in 1999, geomorphologist Daniel Miller filed a report with U.S. Army Corps of Engineers documenting “the potential for a large catastrophic failure.” The dangers of logging on the plateau above the hillside were well-documented as well: In 1988, geologist Paul Kennard told regulators that the removal of trees held “the potential for a massive and catastrophic failure of the entire hillslope.”

And in 2001, Jim Miller, a geological engineer contracted by a Native American tribe to evaluate the risks to the community, warned of "significant risk to human lives and private property" at the slide site -- and proposed that the homes built on the hill be relocated somewhere more safe. Not only did that not happen, but more homes ended up being built there, instead.

The report, commissioned to assess the impact of landslides on salmon, proposed that the river be diverted to the south, away from the slide site and onto private property that would have to be acquired.

It offered three options, from diverting the river 500 feet - which would not have affected residential areas - to moving it 2,000 feet, which would have covered the entire neighborhood and required the removal of homes.

"We recommended any of those three options, the most extensive being the most protective," Miller said.

The report found the most feasible option would be the 500-foot diversion, which included shoring up the hillside, since residents were likely to object to being relocated, he added.

...County property records show seven more houses were built in the path of the slide on Steelhead Drive in 2005 and 2006. Several of their residents, including children, are among the dead and missing.

Still, Miller added, it's not entirely accurate to say he saw the disaster coming. "This was a much larger event than was predicted by anybody," he said, "including us."