Wisconsin GOPer running for U.S. House: "Our country is not going to survive if we continue this war on men"

"Nobody is bringing this up," says Wisconsin state Sen. Glenn Grothman 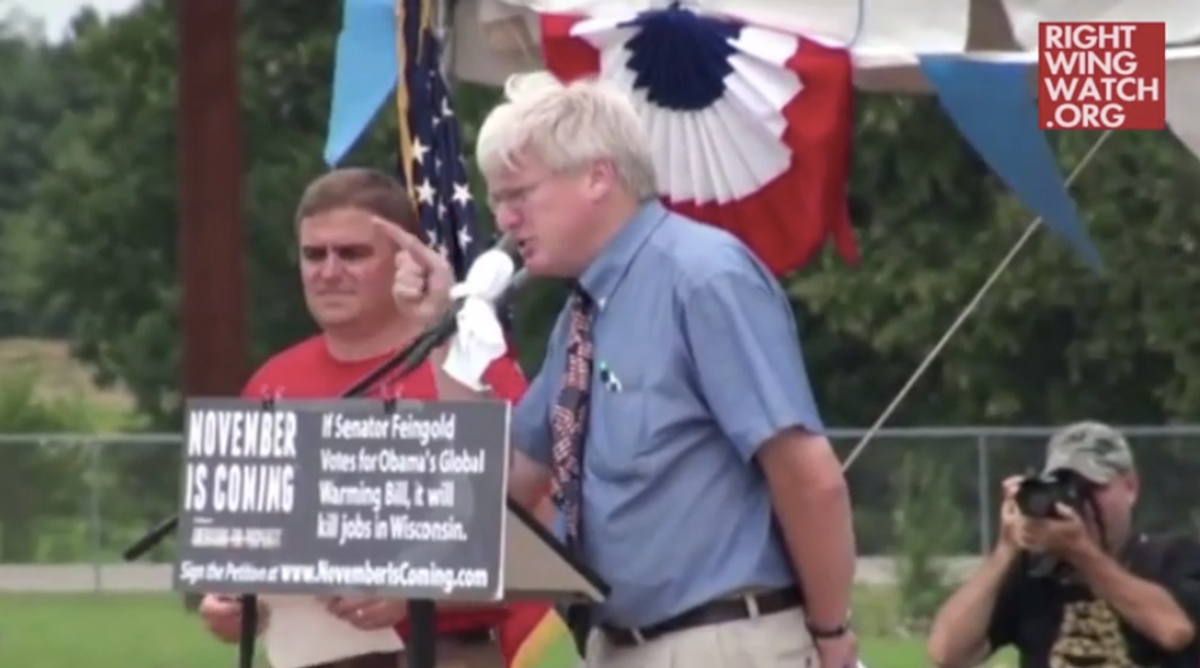 Wisconsin state Sen. Glenn Grothman, who is currently challenging United States Rep. Tom Petri in the Republican primary, believes there is a "war on men" destroying the country.

Grothman's absurd remarks were delivered in a 2010 speech where he warned the crowd that “gals” have an unfair advantage at work in the form of undeserved promotions even though “in the long run, a lot of women like to stay at home and have their husbands be the primary breadwinner.”

He also believes the government is "actively discouraging" businesses from hiring men. "Nobody is bringing this up," he said. "Our country is not going to survive if we continue this war on men."

And while Grothman "loves" single mothers, he thinks they are destroying America. He shows the "love" he has for single mothers, by the way, by protesting outside of abortion clinics.

This guy wants to make laws for everyone in the United States.