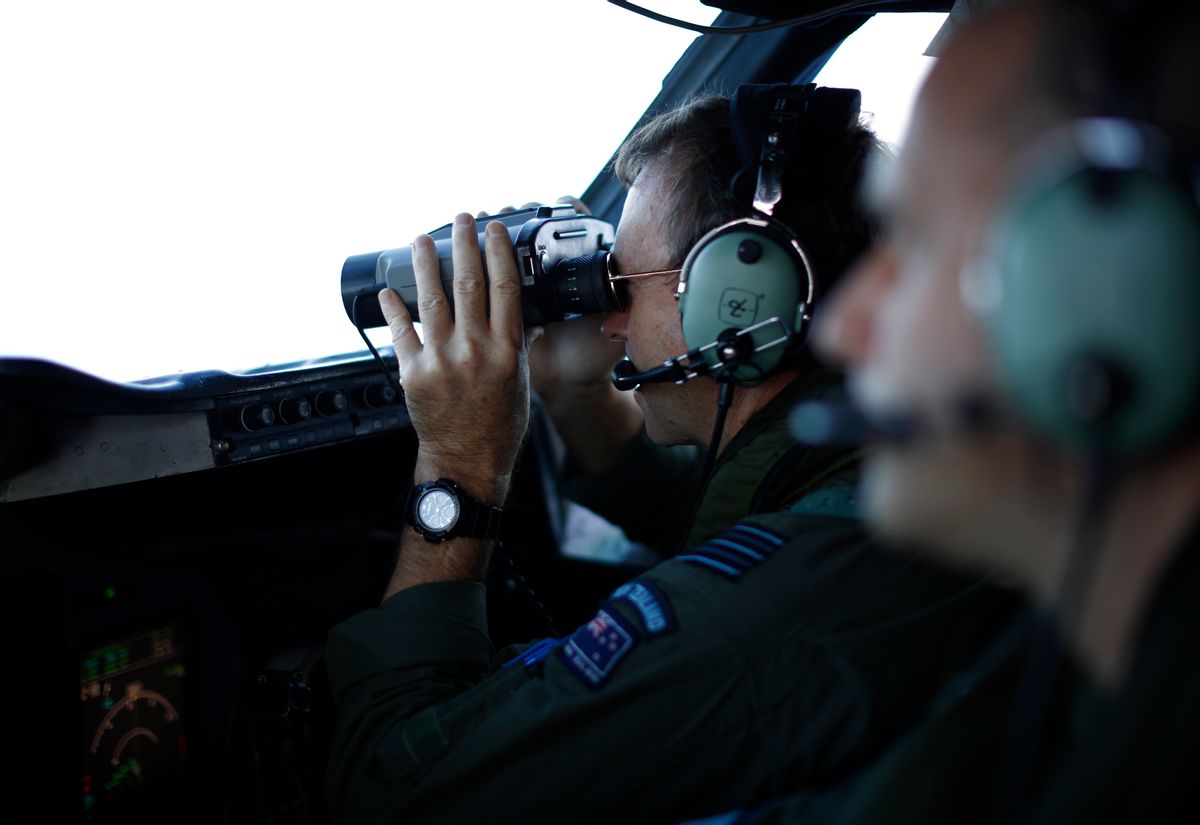 The latest development in the search for missing Malaysia Airlines Flight MH370 could be the breakthrough everyone's waiting for: three "pings," sounding from deep in the Indian Ocean, that could be signals from the plane's black boxes.

Australian Air Chief Marshall Angus Houston, who is coordinating the search, couldn't confirm that the pings were related to the missing airliner, but nonetheless called it "an important and encouraging lead." Two were detected in a relatively small search area on Friday and Saturday; a third was picked up elsewhere Sunday morning.

"We have an acoustic event," Houston explained. "The job now is to determine the significance of that event. It does not confirm or deny the presence of the aircraft locator on the bottom of the ocean."

That "acoustic event" adds a new urgency to the search to recover the data recorder before its signal dies, the Associated Press reports:

The British navy ship HMS Echo, which is fitted with sophisticated sound-locating equipment, is moving to the area where the signals were picked up and will probably get there early Monday, Houston said.

The Australian navy's Ocean Shield, which is carrying high-tech sound detectors from the U.S. Navy, will also head there, but will first investigate the sound it picked up in its current region, about 300 nautical miles (555 kilometers) away, he said.

Australian air force assets are also being deployed into the Haixun 01's area to try to confirm or discount the signals' relevance to the search, Houston said.