Sen. Angus King: If Cheney doesn't think waterboarding is torture, I invite him to try it

"This was torture by anybody's definition" 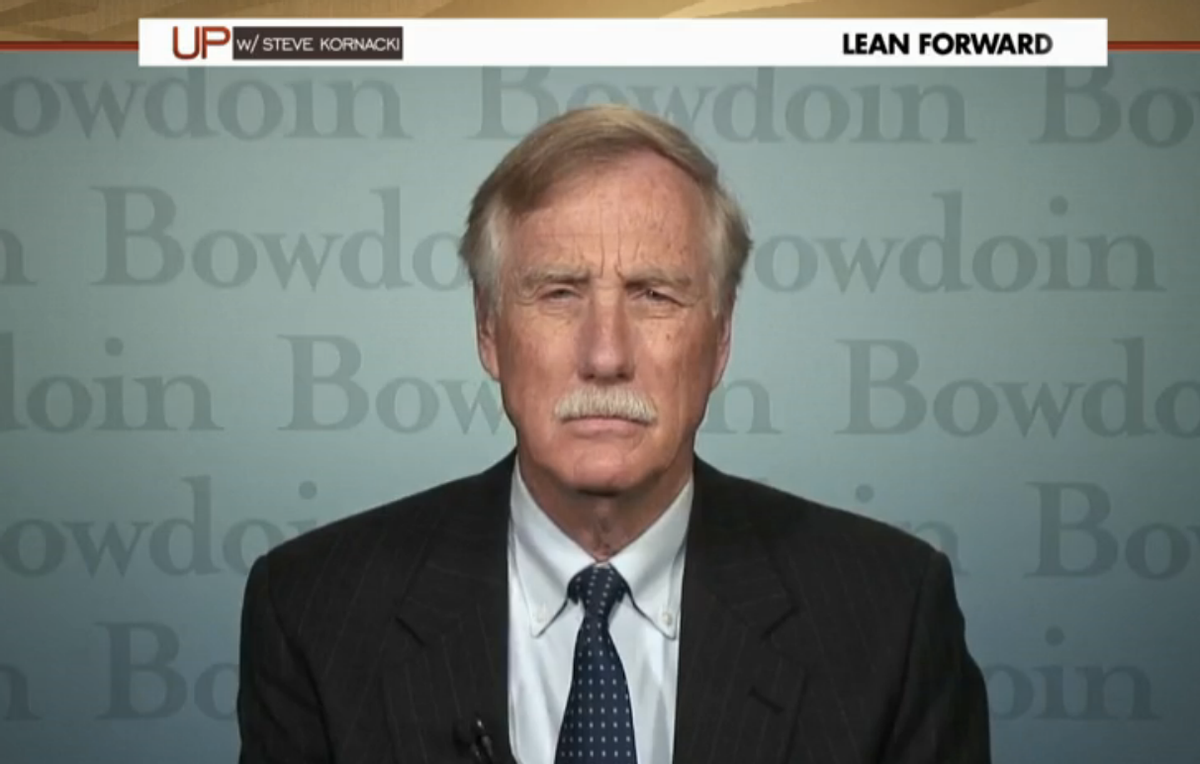 Appearing on Up with Steve Kornacki Sunday morning, Sen. Angus King (I-Maine) completely eviscerated Vice President Dick Cheney for comments he made about the CIA's use of torture.

Last week, before any information from the Senate Intelligence Committee's report went public, Cheney appeared on a college television station to defend the Bush administration's "enhanced interrogation program." "Some people call it torture," Cheney said. "It wasn't torture. We were very careful in all respects to abide by the law."

King called the executive summary "shocking," and said he was "stunned" to hear Cheney's comments to the contrary.

"If he doesn't think that was torture," he said, "I would invite him anywhere in the United States to sit in a waterboard and go through what those people went through."

"That's ridiculous to make that claim," King went on. "This was torture by anybody's definition." Even John McCain agrees it was torture, he added, "and I think he's in a better position to know that than Vice President Cheney."

"What they did was bad, but then to misrepresent it the way they did throughout a number of years -- that's what's really the worse thing."