The winter of the polar vortex is finally over. But the assessment of its calamitous cost is just beginning 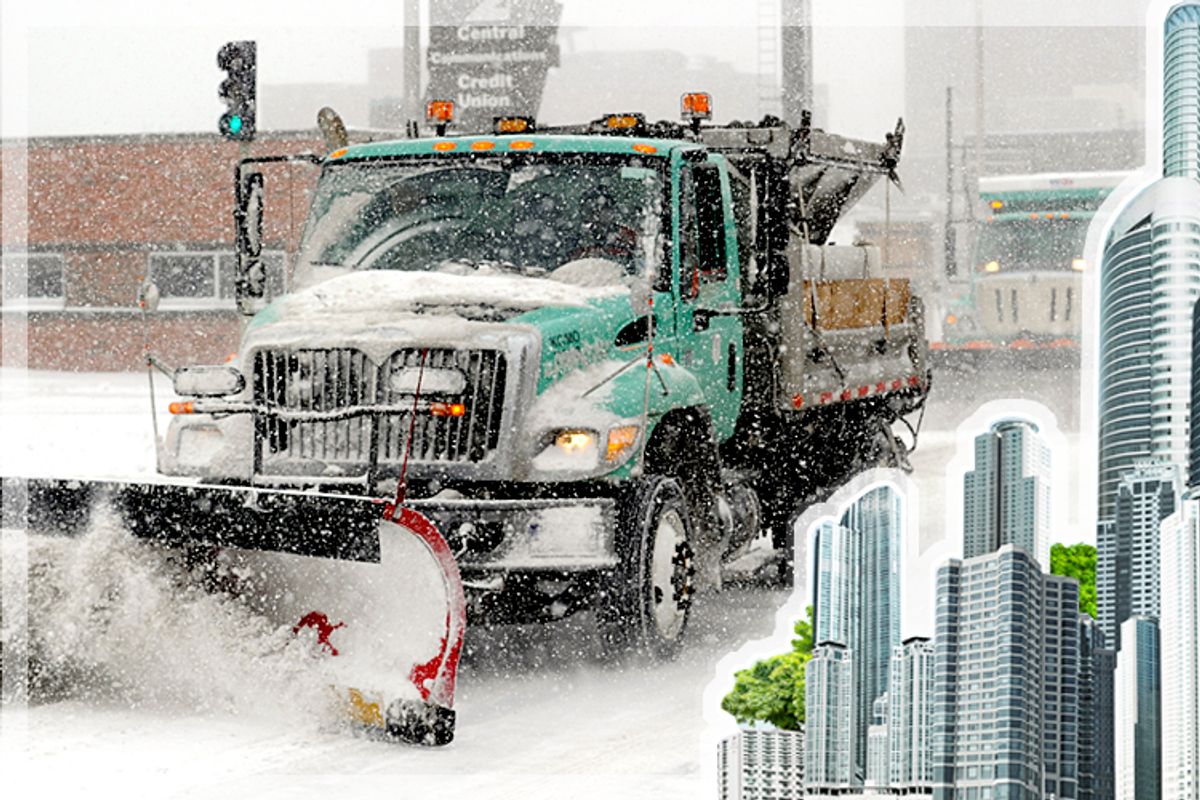 It’s April, and the winter of the polar vortex is finally over. It leaves behind a slew of bad effects, including the worst pothole season in recent memory.

But few things can succinctly express the extended and extreme nature of the cold like the high cost of heating. According to a March release from the U.S. Energy Information Administration, the average cost of heating a home with propane will be more than 50 percent higher this winter, due to a demand-induced shortage. The average winter heating bill in New England is expected to climb by more than 20 percent. And the greatest cold snap was in the American South, which was 20 percent chillier this winter than last.

That’s bad news for American homeowners, of course. But it’s also troubling for cities that have set targets for reducing their greenhouse gas emissions. Buildings are responsible for two-fifths of energy use in the developed world, but in cities the proportion is much higher. In New York, energy use in buildings accounts for 74 percent of the city’s greenhouse gas emissions. And most of that energy is used for heat.

Sixty-three percent of the greenhouse gas output in New York City buildings comes from heating. In Europe, 70 percent of building energy use is heating-related. And a winter as cold as this one underscores the challenge for cities like Minneapolis and Durham, N.C., which have set targets for reducing their environmental impact. For a city looking to improve its carbon footprint, cars, air conditioning and industry may be more attractive opponents, but there is no bigger target than the inefficiency of heating.

You can see why cities from Boston to Melbourne are coaxing and prodding building owners to retrofit. Washington, D.C., Seattle, Philadelphia and Austin have instituted benchmarking laws that track building efficiency year over year. New York tracks the energy use of more than 24,000 buildings. These public databases not only help the city keep track of areas for improvement, they also serve as a resource for homebuyers and developers, who can evaluate the energy efficiency of a property along with its square footage and ownership history.

Yet, despite this wave of record-keeping, it has remained difficult to say for sure whether urban neighborhoods are more heat-efficient than their suburban counterparts. A new, landmark report from LSE Cities at the London School of Economics puts that debate to rest.

Urban design, it turns out, is an accurate predictor of heating efficiency. Based on the urban morphology – the general shape of a city neighborhood – the amount of energy required to heat a living space can fluctuate by a factor of six. And suburban housing, of the type that dominates the American built environment, is the worst possible way to design a neighborhood for heating efficiency.

Optimal heating efficiency, by contrast, correlates with the same characteristics of urban design – height and density – that also promote a city’s levels of walking, transit use, commercial vitality and affordability.

Even if I’ve convinced you that heating efficiency is a crucial element of urban sustainability, this may sound hopelessly abstract. Don’t worry: The study analyzes dozens of real neighborhoods in London, Paris, Berlin and Istanbul. If you’re having trouble visualizing what a heating-efficient neighborhood looks like, think of classic Parisian urban design. Six-story apartment buildings filling every block from curb to curb, creating a cityscape of high-density, medium-height buildings, and a very low amount of empty space.

Out of all the neighborhoods the paper examines, the one with the lowest heat-energy demand (measured in kilowatt hours per square meter per year) was Courcelles, north of the Arc de Triomphe on Paris’s Right Bank. It’s classic Haussmann-era Paris. Not coincidentally, it was the study’s second-densest neighborhood, with a floor-area ratio (FAR) of 4.88. In fact, nearly all the “compact urban blocks” that feature in the study score very highly, with heat-energy demand below 100 kWh/m^2/year. The average U.K. home, for comparison, uses about 180 kWh/m^2/year.

Intuitively, it makes sense that density is associated with good heating efficiency. Shared walls between apartments and between buildings reduce heat loss. The low ratio of surface to volume — facade to living space — also means there are fewer opportunities for heat to escape. But proving the energy efficiency of denser urban habitats has been tricky because of one important factor whose effect is difficult to measure: the sun. The sun plays a surprisingly large role in heating buildings. For the average dwelling in the U.K., a nation not known for its sunny days, the heating contribution of the sun runs between 10 and 15 percent. In sunnier U.S. cities, the sun can be used to greater advantage still. Estimating the number of hours, over the course of a year, during which the sun would hit the various facades of a neighborhood was the study’s major breakthrough.

What they found: Compact blocks of buildings, like London’s Paddington or Istanbul’s Tarlabaşı, are the most efficient for heating; detached housing -- think of your standard American suburb -- is the least. Not one sample of detached housing from the four cities had heat-energy demand below 110 kWh/m^2/year. That means the best-performing detached housing development would require twice as much gas as the worst-performing compact block in Paris.

Row houses in Berlin also performed well, as did more modern apartments in Istanbul. Urban building type fails as a predictor only when the group looked at slab housing and high-rises, where high and low heat-energy efficiency values could vary (within a city) by as much as a factor of two. The researchers attribute this spread to what they call “the mixing-in of other configurations,” meaning that many sample areas are corrupted with other housing types.

All this might not be particularly important news for homebuyers. A LEED-certified house in the suburbs will always heat itself more efficiently than a drafty 19th-century loft, and might save the buyer $1,000 a year in heating costs. But for cities, it indicates yet another advantage of promoting denser urban development. Of all the metrics measured against heating efficiency, density had the strongest correlation.

“Humans have always worked with basic design to achieve positive outcomes,” said Philipp Rode, the executive director of LSE Cities and the paper’s lead author. “I think there’s an underappreciation of how much we can achieve with design without even touching sophisticated technology.”

By using zoning and tax incentives to encourage the creation of an urban environment in which heating costs are low, cities don’t just check a box on their greenhouse gas scorecard, they also save residents money. And save the planet, of course.