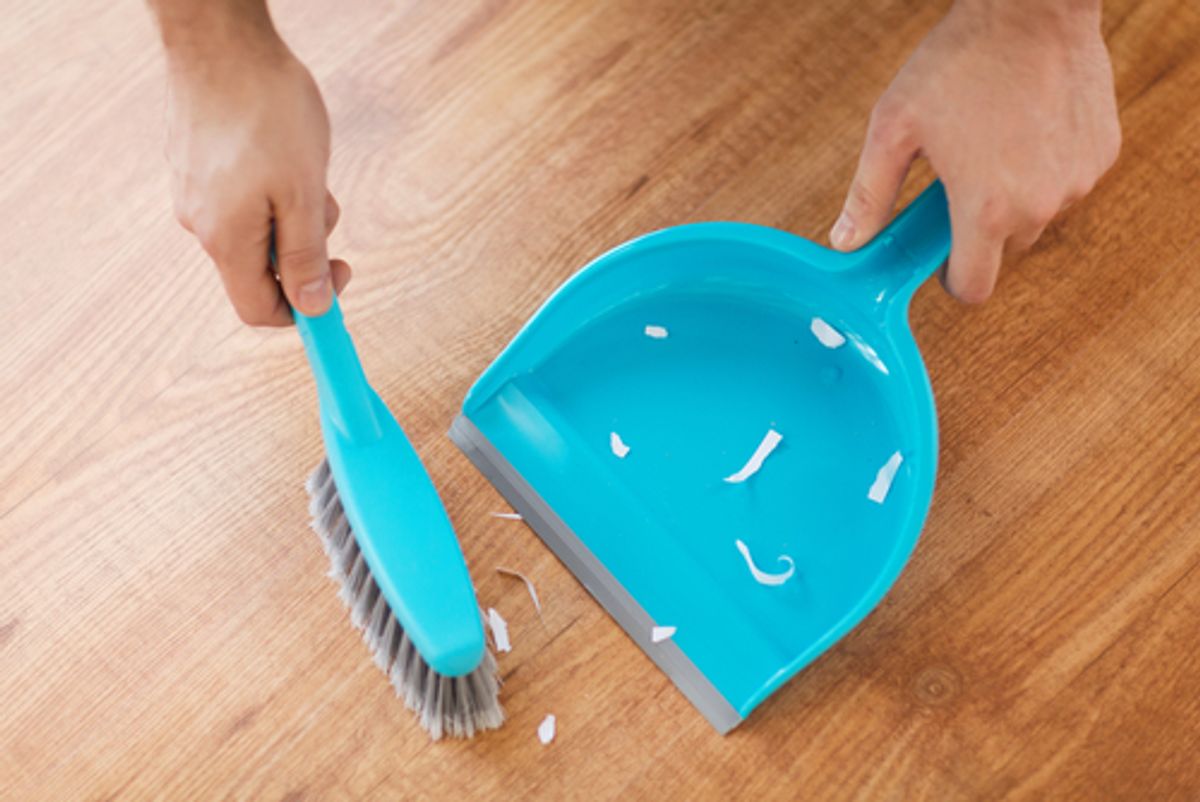 So, you think your husband is a domestic sloth, failing to pull his weight in household duties?

Take comfort from South Korean wives, who have it worse.

In fact, men in this severely overworked nation do the least housework of 29 developed countries surveyed, according to a study by the OECD club of advanced nations.

The organization found that Korean men spend an average of 45 minutes a day on what it calls “unpaid work” — activities like cooking, cleaning and house chores. That’s less than a third of the OECD men's average of 141 minutes a day.

Breaking down the numbers, South Korean men spend just 21 minutes on chores and 10 minutes on child care each day. Travel and shopping accounted for the rest of the time.

Compare that to Danish men, who topped the list in terms of gender egalitarianism, spending just over three hours a day on housework and childcare, followed by Norwegian and Australian men. (Denmark, incidentally, has a birthrate so low that it’s taken to incentivizing people to have sex while on vacation.)

American men also fall short of the OECD average, spending 82 minutes a day on chores and 19 minutes on childcare. The average woman across OECD nations does 273 minutes of unpaid work every day.

But before you get riled up against male sloth, consider that South Korean men also work some of the longest paid hours in the OECD. Each day they spend 422 minutes in “paid work or study,” which includes the developed world’s hardest average commute: 74 minutes. The only groups clocking more time in paid work or study are Mexican men (468 minutes) and Japan’s long-suffering salary men (471 minutes).

The developed world paid work average is 325 minutes per day for men and 212 for women. That means Korean men clock about twice as much time in paid work as the average woman, and nearly 100 minutes more than the average man in OECD nations.

“I get home from work at midnight, and I’m so tired I can’t even figure out how to do the chores,” laments Yoon Jung Hyun, 50, a retired soldier who works two jobs every day as a bus driver and restaurant server. “My wife understands, and she works shorter hours and handles the housework. What else are we supposed to do in this situation?”

Yoon, however, is not certain to get much sympathy from Pilwha Chang, Director of the Asian Center for Women’s Studies at Ewha Womans University in Seoul.  She argues that long work hours — while they may be a factor — can’t account for all of the meager household participation rates among husbands.“It does not go logically that working hours go hand-in-hand with participation rates in chores,” she said.

Rather, tackling the problem will require a transformation in cultural norms and values, she says. “These are not chores, but a very important part of the sustenance of the household,” she said. But, she added, “the younger generation of men is much better than the older, which is a good sign, and in the natural course men will do more work.”

South Korea falls behind in gender equality in other areas. The country doesn’t provide the same work opportunities for women as its neighbors. About 55 percent of South Korean women participate in the workforce, fewer than in China and Japan, while also falling far short of the OECD average of 65 percent.

Women in South Korea hold only 10 percent of managerial positions, 1 percent of boardroom posts, and earn 39 percent less than their male counterparts, a McKinsey study noted. That’s the highest gender pay gap in the OECD.

Professional women also hit the glass ceiling quickly, feeling the pressure of long work days to quit their jobs once they have children. Last May, the government pledged to better enforce regulations that require companies with a few hundred female employees to open daycare facilities, an initiative that has gone largely untouched, according to some experts.

Chang said that the swearing in of President Park Geun-hye, South Korea’s first female leader, created momentum toward improving women’s rights in the country just over a year ago. Since then, the trend has fallen off, with the president failing to appoint females to ministerial posts, she argued.