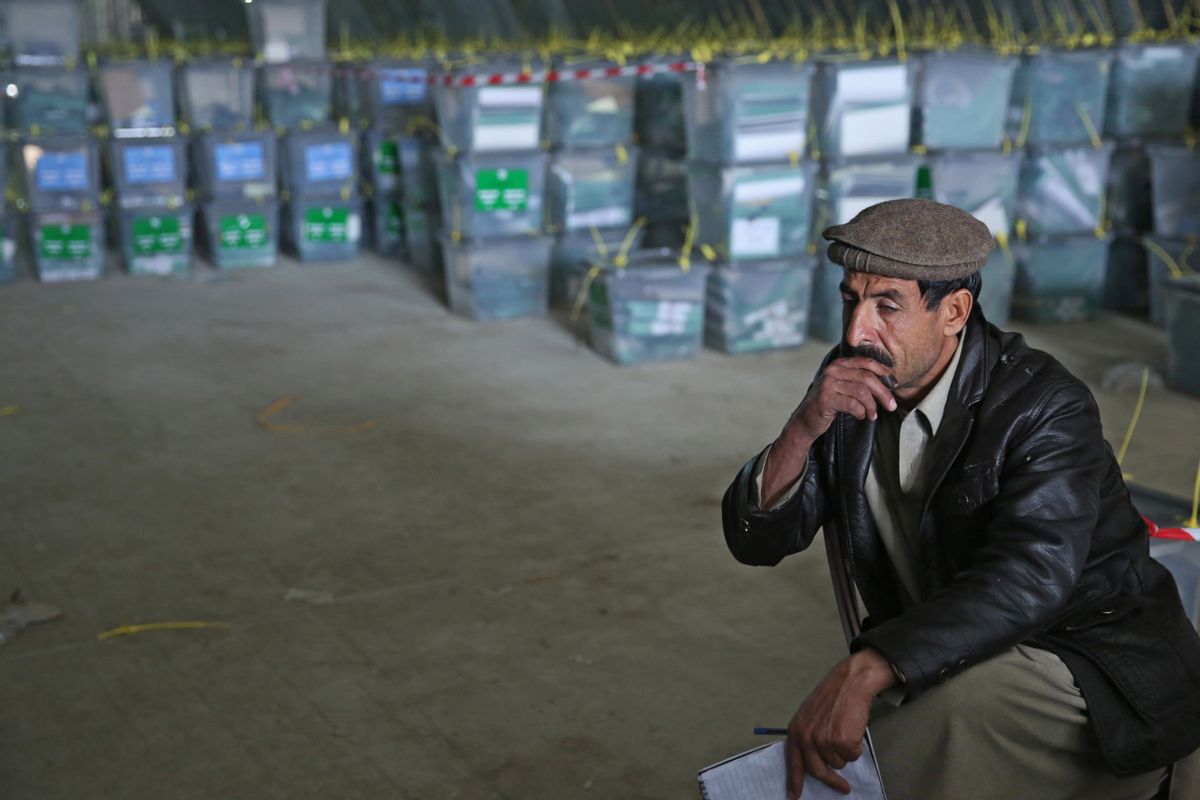 An Afghan election worker rests while working with ballot boxes at a warehouse of the Independent Elections Commission warehouse in Kabul, Afghanistan, Sunday, April 6, 2014. Trucks and donkeys loaded with ballot boxes made their way to counting centers on Sunday as Afghans and the international community sighed with relief that national elections were held without major violence despite a Taliban threat. (AP Photo/Massoud Hossaini) (AP)
--

Pastor Robert Sperbeck echoed the question on many minds as he presided over a memorial service for soldiers killed and injured by a fellow service member who opened fire at the Texas base — the second such rampage there in five years.

2. WHAT NEW CLUES HAVE ARISEN IN MISSING PLANE HUNT

Searchers are racing toward a patch of the southern Indian Ocean to determine if a few brief sounds detected by underwater equipment came from the lost Malaysia plane's black boxes.

Overbooked rehab facilities and the high cost of getting clean keeps many users of the drug from receiving help.

4. AFGHAN VOTE HAILED AS A TRIUMPH OF DEMOCRACY OVER FEAR

Millions of people braved a Taliban threat to elect a new president. But some cautioned against declaring a premature defeat of the Islamic militants.

Families of those who died in General Motors cars with faulty ignitions want prosecutors to go after insiders at the automaker who let the problems fester.

"Forgiveness is possible. It's common here," says Josephine Munyeli, a survivor of the ethnic violence two decades ago and now the director of peace and reconciliation programs in Rwanda for a U.S.-based aid group.

Even as Republicans vow to repeal the health care law, they have quietly secured a recent change to expand coverage choices.

8. SOME SIGNS OF STRONGER JOB MARKET

Hiring over the past 12 months has outpaced population growth, and more workers in the prime 25- to 54-year-old age group are finding employment.

Seventh-seeded Connecticut and eighth-seeded Kentucky meet Monday night in one of the unlikeliest NCAA championship games ever.